AMD pushes Ryzen 9 3950X back, coming this November with Threadripper 3000

Today AMD released a statement confirming Threadripper 3000 series launch for November. The statement also confirms that Ryzen 9 3950X, the 16-core AM4 CPU, will launch in the same month, not in September as initially planned.

This means that the end of this year will be filled with high-end product launches from AMD. The company has not yet confirmed the exact specs of their upcoming Castle Peak Threadripper series, but the slide released today further confirms that at least 24-core SKU will be available.

The Threadripper 3000 launch should not be a surprise to anyone, as we have covered numerous leaks in the past, including TRX40 motherboards, which are starting to show up at EEC. 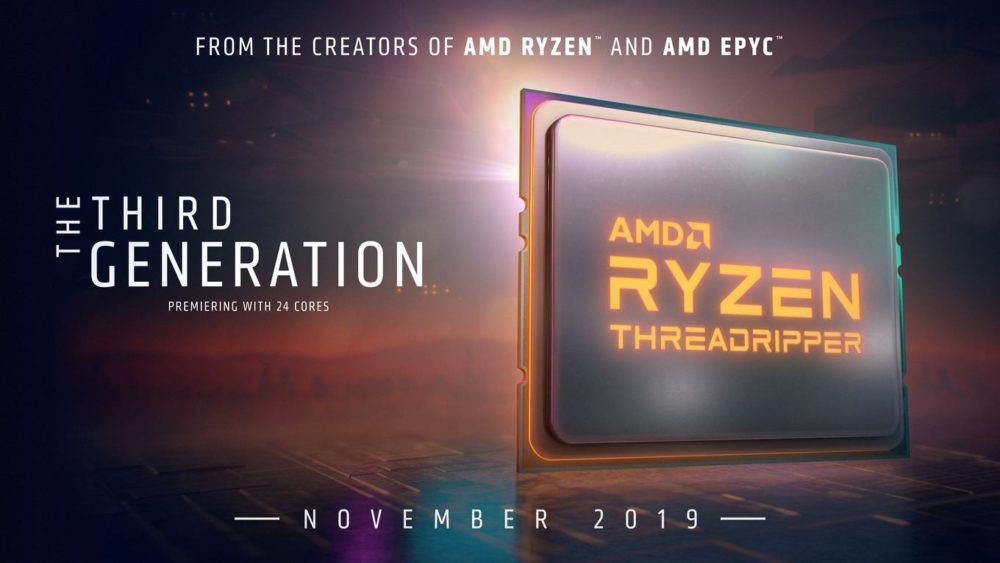 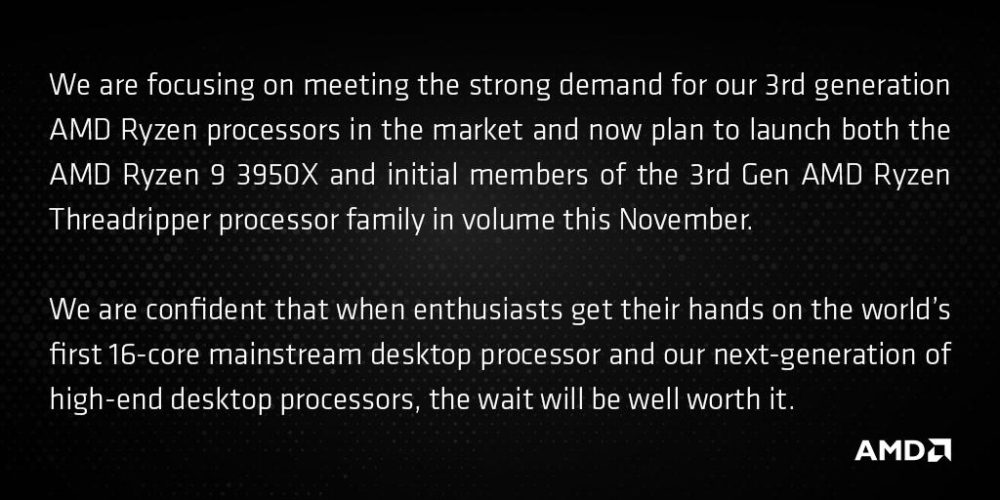