AMD Noise Suppression for everyone?

The Noise Suppression was added to official drivers for RDNA2 GPUs just recently. But unofficially, it is available for older GPUs as well.

This technology is based on an AI algorithm that reduces background noise for input and output audio. It is somewhat a long awaited alternative to NVIDIA RTX Voice, which supports a much broader range of hardware, including GTX 600 series. Furthermore, NVIDIA has already integrated this technology into their “Broadcast” app for game/video streaming, so AMD still has catching up to do.

According to AMD only Radeon RX 6000 GPUs support Noise Suppression technology right now, but this is not exactly true. As it turns out, custom “NimeZ” drivers for pre-RDNA GPUs which based on the latest 22.7.1 release now support this technology as well. 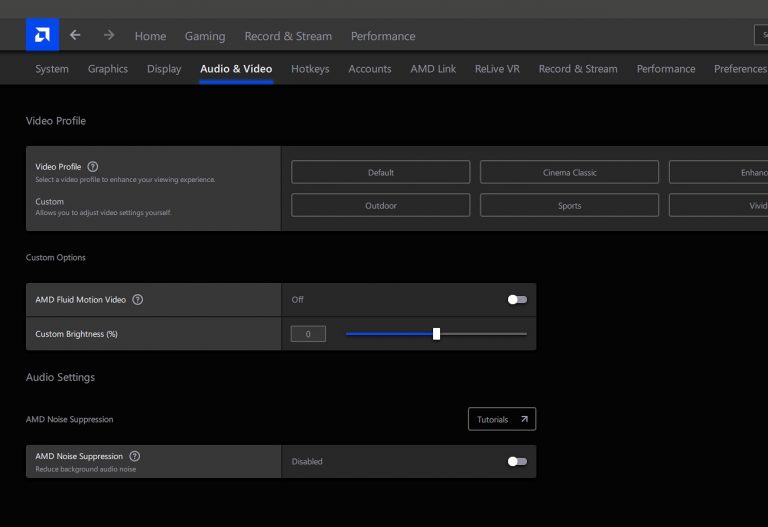 NimeZ drivers are available for Terascale, GCN and Polaris-Vega-Navi GPUs in three separate packages. Only the last group received 22.7.1 driver with Noise Suppression unlocked. The new driver was released as a monthly update, and it is now available for download here.

Some users report that they can hear buzzing when using NS on pre-RDNA2 GPUs, so it may not work for every user.

Please be advised this is a modded driver that will void the warranty (although at this point most of these cards shouldn’t have any). Furthermore, downloading GPU drivers from unknown sources always poses a risk on unexpected software and hardware behavior.

If you are unfamiliar with NimeZ drivers, here’s an overview for Radeon HD 7970 from Tech YES City.