AMD AM5 socket for Ryzen 7000 Raphael

There is quite a lot of information on AMD’s first LGA socket for Ryzen CPUs. The first data was partially revealed by leakers more than half a year ago. Last week AMD made a formal announcement of its new socket and confirmed the rumors about Ryzen’s departure from PGA to LGA socket.

Over at Igor’sLAB there are new drawings of the AM5’s mounting mechanism. Igor Wallossek does not reveal the origin of this leak, but those drawings look a lot like SP5’s socket for EPYC Zen4 “Genoa” drawings that were exposed through the Gigabyte hack last year.

According to the renders, the locking mechanism will match Intel’s in many ways. It relies on a large lever that forces a frame onto the socket. This ensures that the pressure is evenly distirbuted and requires little attention from the installer. 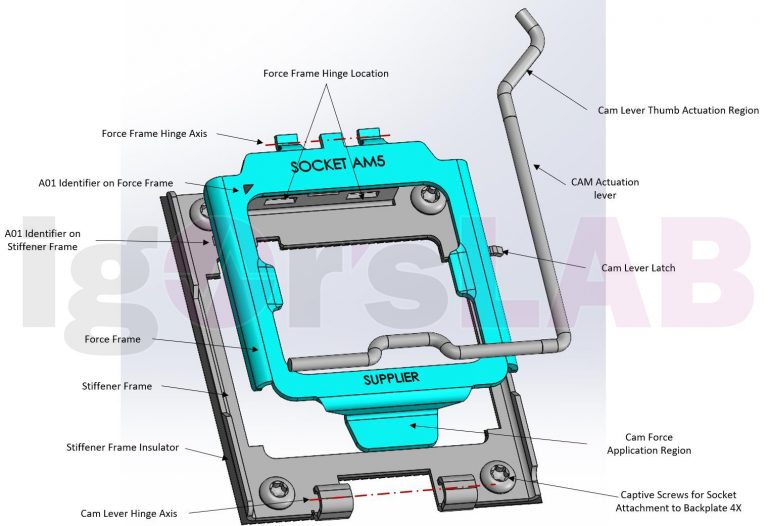 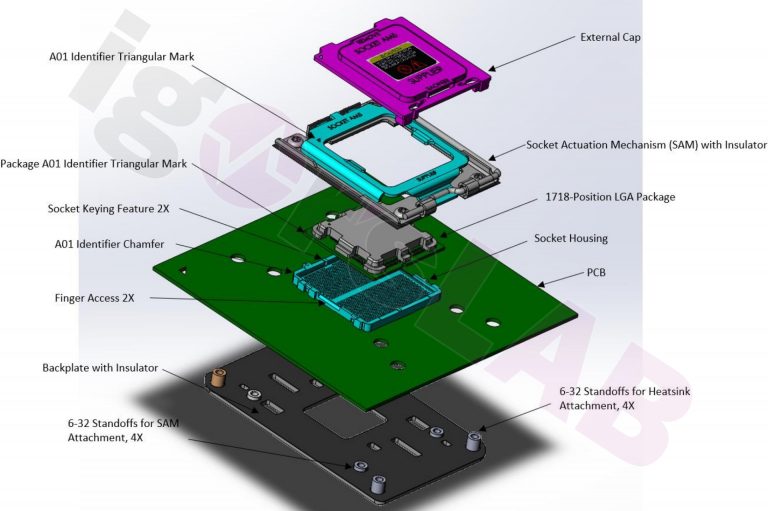 Igor notices that there is a difference compared to the LGA1700 socket, which he reported as problematic for cooling companies. It is shown that the backplate will now also be attached to Socket Actuation Mechanism (SAM) by four additional screws, which will ensure that the cooler assembly is aligned with the socket rather than just a backplate.

AMD recently confirmed that the AM5 socket will be compatible with AM4 cooling solutions. This was achieved by a number of innovations such as a uniquely shaped integrated heat spreader for Ryzen 7000 “Raphael” CPUs. The IHS allowed AMD to place capacitors on the front without sacrificing the room on the back. In other words, this allowed AMD to retain the same CPU package size as AM4 CPUs. 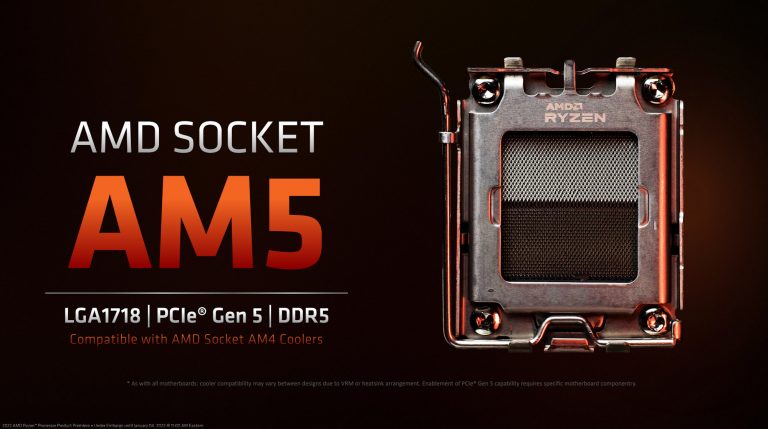 AMD AM5 socket is now set to debut alongside Raphael CPUs in the second half of 2022, AMD has confirmed. The first motherboard to feature this socket should be part of the AMD 600 series.