AMD is adding more patches to the Linux display drivers. We have so far heard about Sienna Cichlid, also known as Navi 21 or The Big Navi) The Navy Flounder is a new codename for yet another Navi 2X processor. The graphics processor appears to be from GFX103X family.

Update: it appears that the GPU is actually Navi 22, not Navi 23:

The Navi 22 GPU is currently expected to debut as Navi 12 successor. This is a dedicated GPU for Apple Mac. A predecessor, Navi 12 was released just a few weeks ago. This is a custom Navi 10 variant featuring HBM2 memory. It seems reasonable to expect Navi 22 to also feature HBM2. Since Navi 12 had the same number of cores as Navi 10, the 22 could also be considered a custom variant of the Navi 21 (Big Navi). However, for now it is all just speculation.

One thing to note though, it that the patch is referred to Navy Flounder GPUs, so it could also be a family of graphics processors. 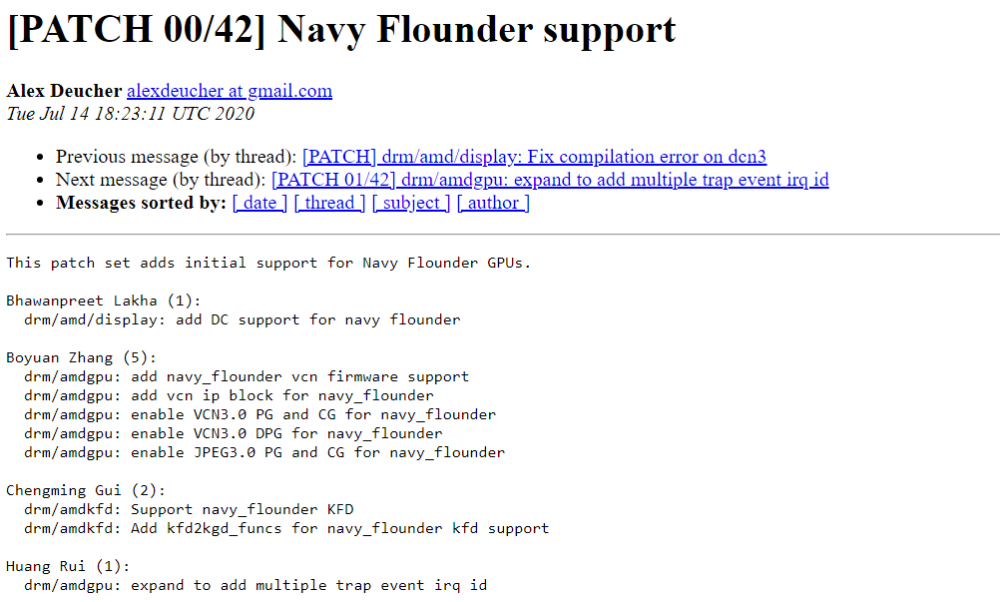