The last two weeks have been filled with leaks and rumors on next-gen AMD GPUs, which brought a large list of details and even more data for speculation. Naturally, nothing that was shared has been confirmed by AMD yet, except maybe for the mixed fabrication node, which has been listed on old roadmaps as ‘advanced node’.

AMD is set to launch three GPUs with RDNA3 generation, although there have been rumors on a fourth GPU as well (Navi 34). This supposedly entry-level part is not to be expected in 2022, which is why it is being omitted in most leaks, and in this case, in a work from Olrak.

AMD Navi 3X specs are now being repeated by multiple sources, thus one could assume that the rumors are more or less accurate at this point. When it comes to performance estimations, clock speeds, die sizes, all that is impossible to confirm at this stage of RDNA3 development and will probably remain secret until mid-2022 when AMD engineers will begin leaving hints in Linux kernel updates or official roadmaps.

Olrak made three diagrams for Navi 31, Navi 32, and Navi 33 GPUs. Two of them (31 and 32) are based on multi-chip design whereas the latter is supposedly monolithic. The smallest GPU (Navi 33) is also expected to feature similar specs to the current flagship Navi 21 GPU with its 5120 Stream Processors. However, changes to the size of Infinity Cache and bus width are to be expected. The GPU might offer 128 or 256MB of IF and GDDR6 128-bit memory support. It would succeed Navi 23 GPU.

The Navi 32 is supposedly a mid-range GPU with 10240 Stream Processors, so a double of what Navi 33 is rumored to offer. However, this GPU would feature two graphics dies on a GPU package, possibly doubling maximum theoretical performance as a result. The GPU may offer from 256 up to 384 MB Of Infinity Cache and it would replace Navi 22 in the future as a 192-bit processor for upper mid-range gamers.

Leakers have been sharing rumored Navi 31 specs for a few weeks now. This flagship RDNA3 GPU would offer 15360 Stream Processors through its dual-chiplet design. It is reportedly going to offer a wider memory bus of 256-bit, which is the same width as the current flagship from the RDNA2 series, the Navi 21. Various estimations are provided by the leakers, such as a 2.5 GHz boost clock and 2.5x higher performance than Navi 21, but as mentioned above, it is simply too early to say until this GPU tapes out.

The launch date of Navi 3X GPUs is also uncertain, but leaker such as @greymon55 has been suggesting that a launch of first Navi 3X GPU might be in October next year. This does not mean that all three GPUs will launch at the same time though. 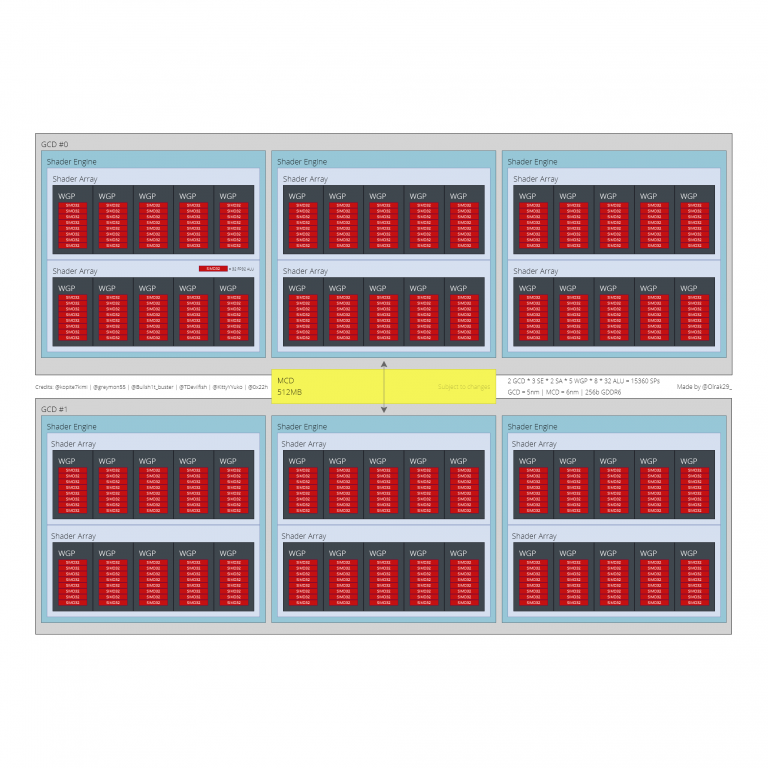 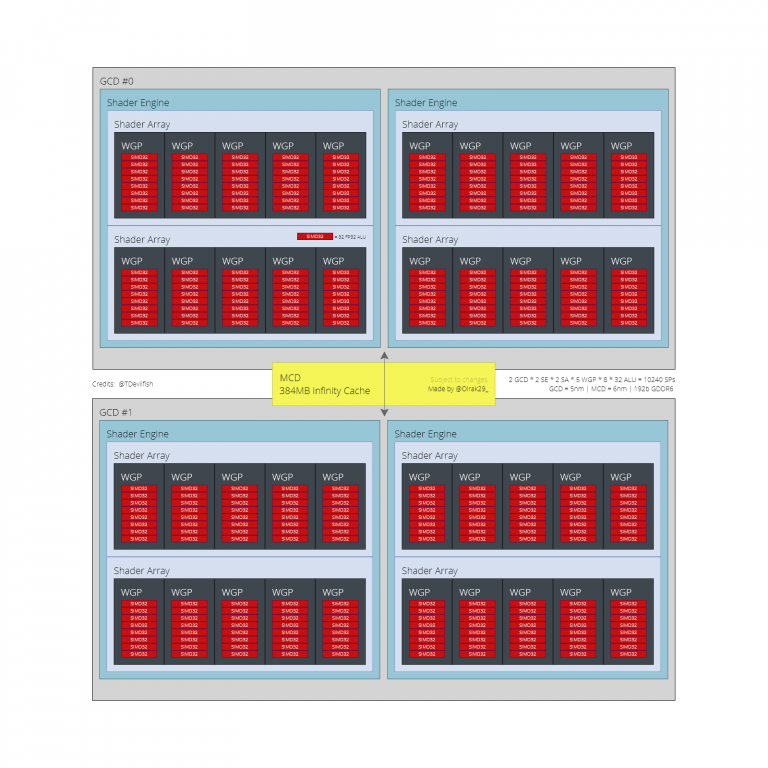 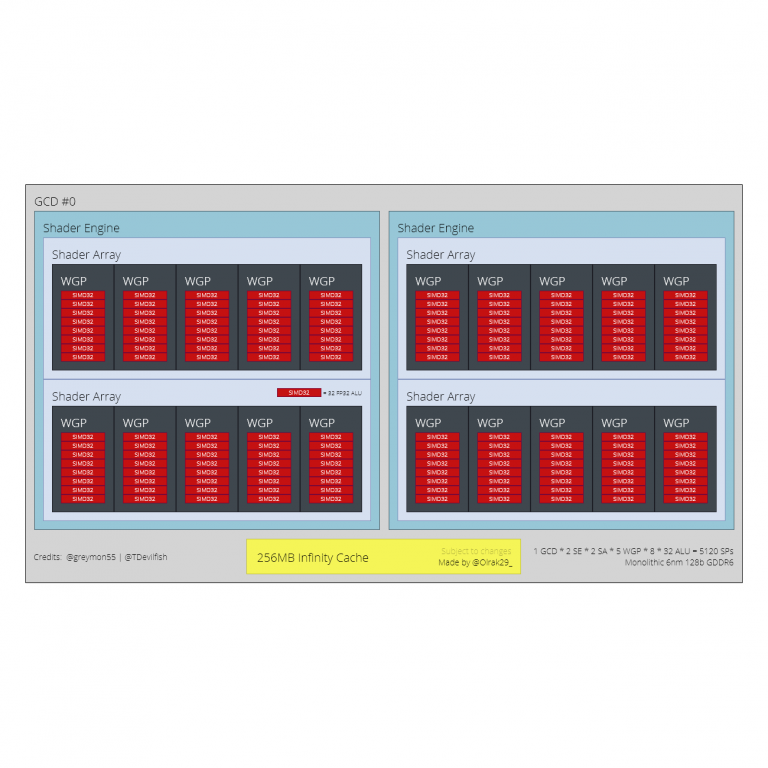 VideoCardz.com received permission from Olrak to share these diagrams.