AMD Navi 12 has made its first public appearance through the CompuBench website.

The GFX1011 GPU has been discovered by Komachi in the CompuBench benchmark database. We know that GFX1011 is Navi 12 GPU thanks to a previous leak. This codename refers to Navi12 and Navi12Lite, but since the ID of 69B0:71 has also been listed, we know this particular model is not the Lite variant, but a ‘full’ one.

The number listed at CompuBench refers to the WGP count, which means that the number of Compute Units is doubled by this number.

A noticeably low clock of 1144 MHz is definitely something to take into account. For comparison, the upcoming RX 5600 XT features a very similar base clock (around 1185 MHz). In fact, this Radeon SKU is also expected to have 2304 Stream Processors, so could this be the 5600XT GPU? 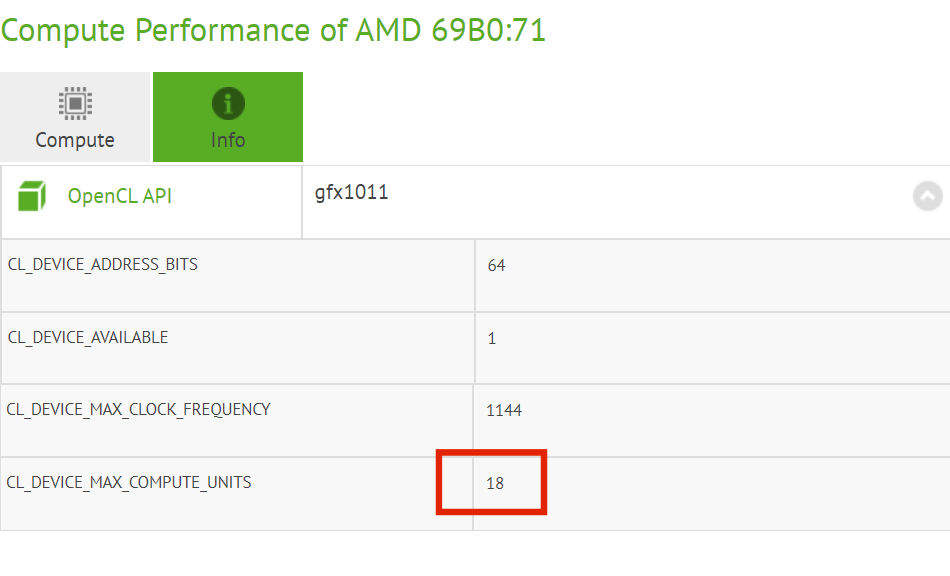 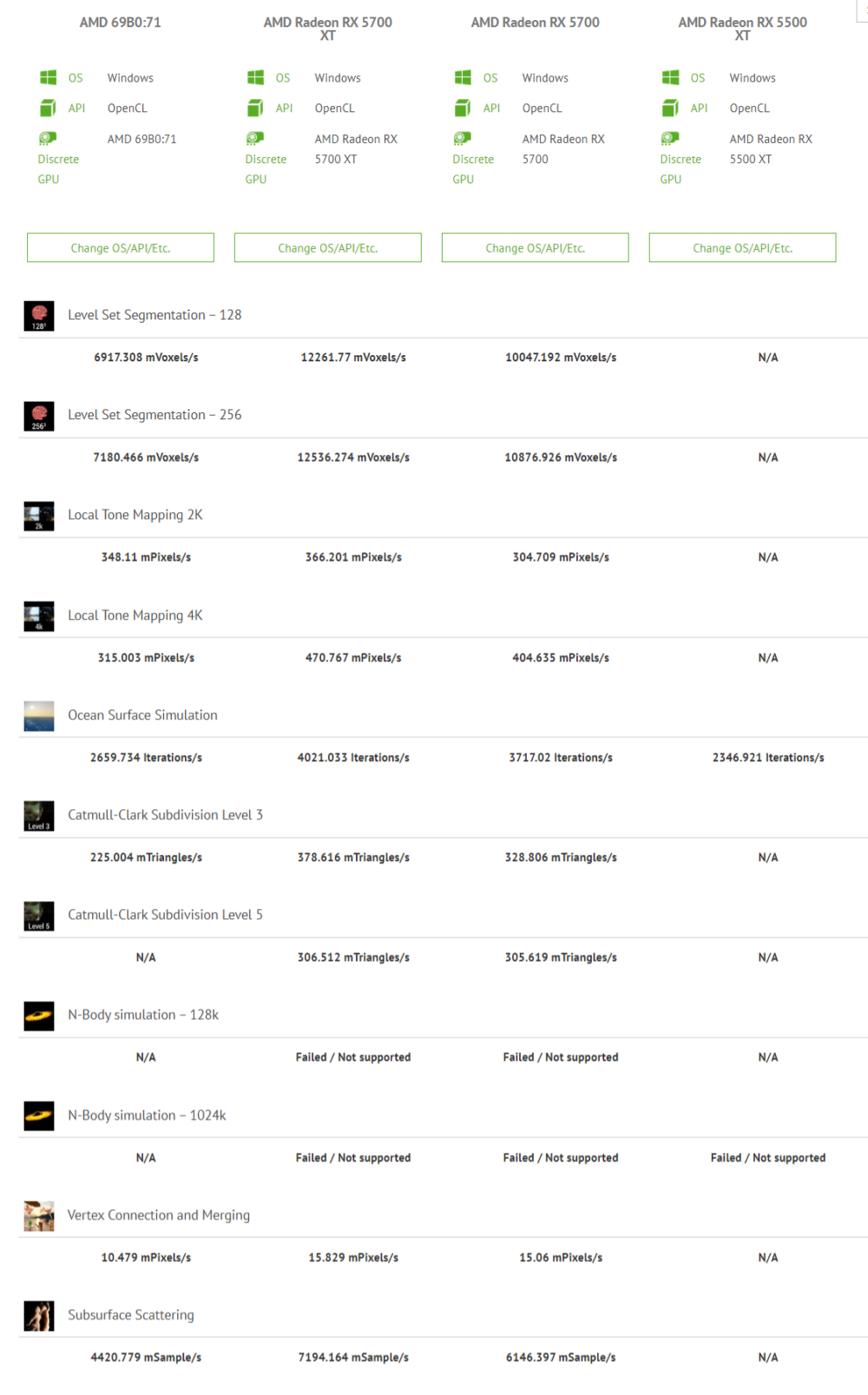