A Twitter user going by the name “_rogame”, who delivered numerous leaks in the past year, has today revealed the details on AMD’s upcoming APUs. Details that fill the gaps in the rumored roadmaps.

According to his information, AMD is expected to launch the first Navi2 APU next year, known as VanGogh. This is a Zen2 based APU which should have a TDP of 9W. As rogame himself described, those are Premium APUs. The main focus, however, will still be on the Cezanne series, which be AMD’s first Zen3 processor featuring integrated graphics. Unlike the VanGogh though, those will still rely on Vega graphics.

AMD would allegedly refresh the Zen3 core on 6nm process technology in the following year. The APUs codenamed Rembrandt will replace Cezanne with upgraded integrated graphics to Navi2. The rumors about the 6nm fabrication node are not new, although AMD has never officially confirmed it.

Rogame also revealed a new codename “Barcelo” which as he describes as a Cezanne-U refresh and Lucienne-U replacement. As we explained in previous articles before, the Ryzen 5000U series will be split between Zen3-based Cezanne-U and Zen2-based Lucienne-U APUs. It would appear that AMD might continue with this trend in the future.

It would also appear that Dragon Crest is a simple VanGogh refresh, carrying Zen2 cores and Navi2 GPUs. The lineup closes with Pollock APUs which are 4.5W chips featuring first-gen Zen cores fabricated in 14nm process and paired with Vega graphics.

AMD is set to launch its Ryzen 5000 processors codenamed Cezanne-H and Cezanne-U at CES 2021 early next year.

Some of you may still remember a roadmap that was being revealed by MebiuW in parts. Eventually, we came up with the following roadmap, which unfortunately still has missing parts. The “D” however appears to be confirmed as Dragon Crest, as mentioned above. 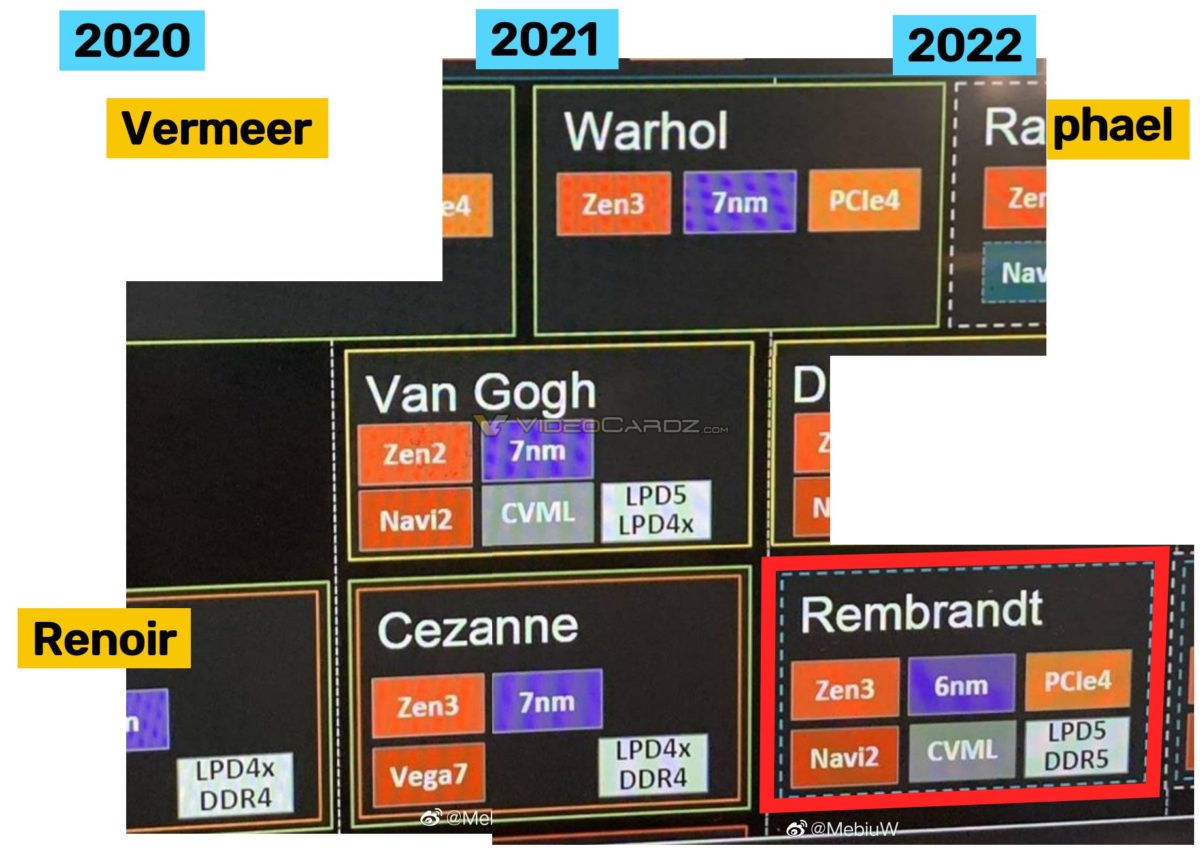