AMD has revealed back in March 2020 that is now working on its X3D packing technology that would feature hybrid 2.5D and 3D design. Today Patrick Schur has revealed a codenamed that might be associated with this technology. The first AMD product to featured stacked dies could be Milan-X, which would likely feature Zen3 cores.

AMD is working on a new CPU (codename Milan-X) that will use stacked dies. ?

Another leaker (ExecutableFix) has confirmed that the product also carries a codename of Milan-X(3D). It is also revealed that it features Genesis-IO die. Genesis is a codename of current-gen EPYC Zen3 architecture.

According to our sources, Milan-X is not expected to focus on core count but rather on increased bandwidth. It is not a consumer product, but a data center-oriented processor. At Financial Analyst Day, AMD released a simplified diagram featuring four compute tiles in a 2×2 pattern and stacked memory around the chip. This packing technology is called X3D as it denotes a hybrid approach. 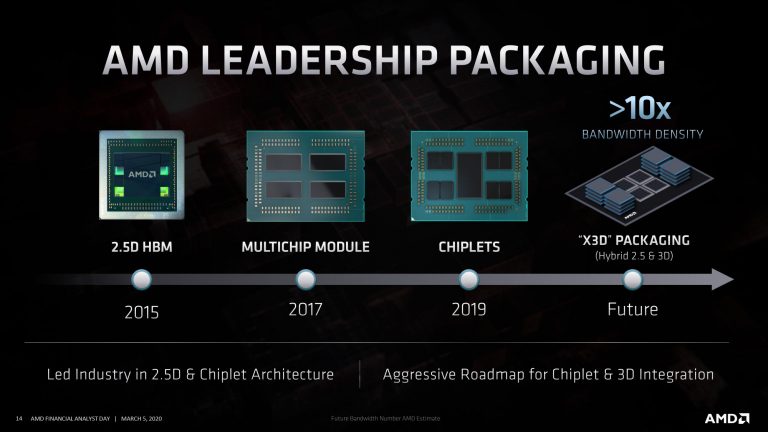 Consumer products with stacked dies are probably very far away from now. At this moment processor designs are focusing around Multi-Chip-Module (MCM) designs and hybrid core architectures (with high-efficiency and high-performance cores). The leaks could suggest that we might hear more about Milan-X during the AMD keynote at Computex though, this event is scheduled for next week.