It has been a while since we heard about Mero, AMD’s low-power APU with RDNA2 graphics.

The APU has been discovered by @_rogame running Magic Leap Demophon Augmented Reality headset. It was using Android 10 operating system and 720×920 resolution (for one eye).

AMD Mero has been usually referred to as a silicon copy of Van Gogh, which ended up in Valve Steam Deck handheld gaming console. Both are quad-core Zen2-based low-power APUs equipped with integrated RDNA2 graphics. Rumors about Mero have emerged around 2019 and in most cases it shared Device ID and root complex with Van Gogh.

However, Mero and Van Gogh are not identical chips, Locuza, better known for his die shot analysis, claims that Van Gogh has more IP blocks enabled, such as Compute Vision hardware or the fact it has more PCIe lanes. In that sense, Mero could be a custom version of Van Gogh. 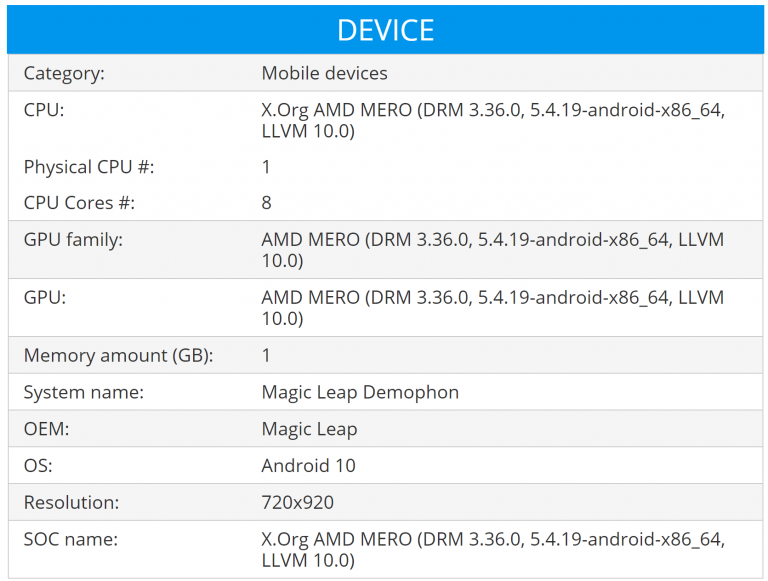 The APU was tested with BaseMark GPU test on Android 10 operating system with OpenGL ES 3.1 and Vulkan APIs. According to BaseMark PowerBoard ranking, it is indeed faster than AMD Renoir APU (Ryzen 4000 with Vega iGPU), but only because it was running a custom resolution of 720×920. 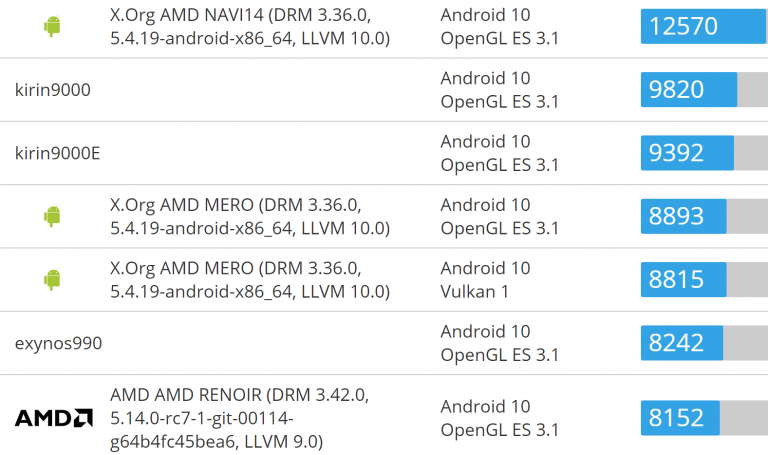 AMD has not officially acknowledged its Mero APU yet. We have only seen an implementation of its sibling for Steam Deck known as Van Gogh or Aerith. The Magic Leap device that has been discovered in BaseMark database is probably a prototype that is not yet available for sale.