Today AMD officially updates its desktop lineup with three new processors, all with the same default TDP of 65W. Ryzen 7000 product stack is to be updated with three models, each offered with an AMD cooling solution (Wrath Prism or Wrath Stealth depending on the model).

In case you are wondering about Ryzen 7000 non-X performance, we have a long list of independent reviews listed here. Overall, the new series perform very close to their higher TDP counterparts and provide an opportunity to save a few bucks, for instance, for any of the AM5 motherboards which are still quite expensive. 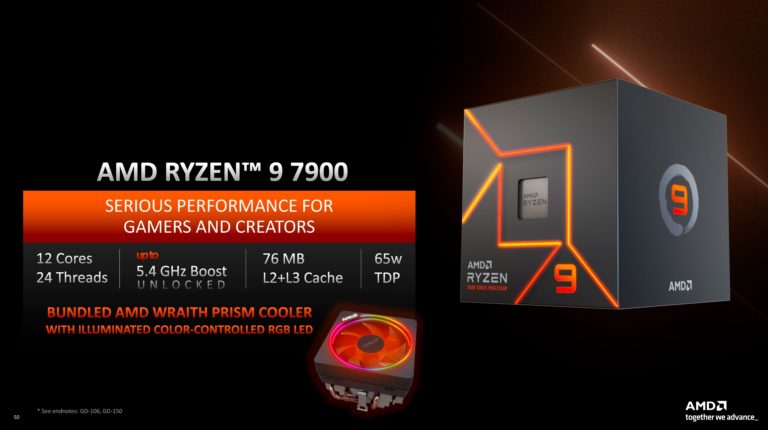 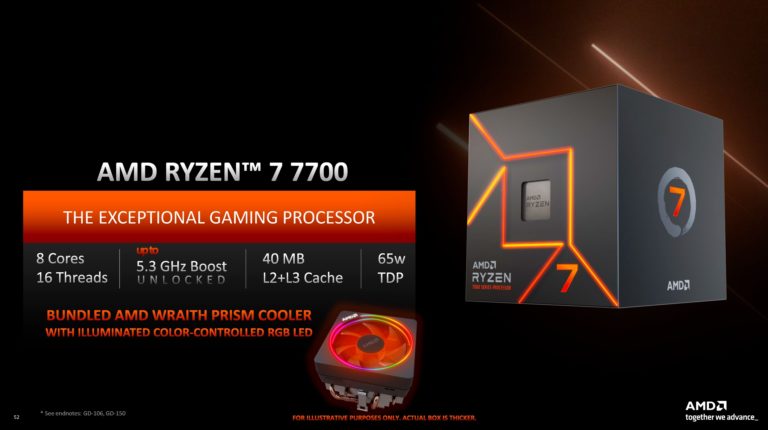 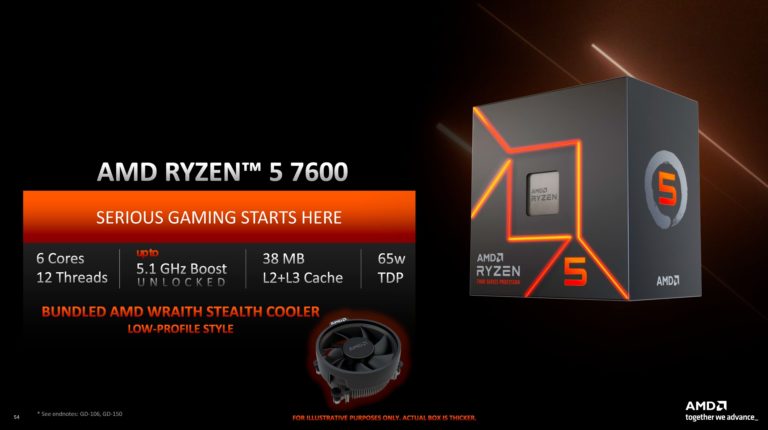 The 65W SKUs will be offered alongside 105W/170W and upcoming 120W models. AMD is to launch Ryzen 7000X3D series next month, but the company has not provided any details on pricing yet.