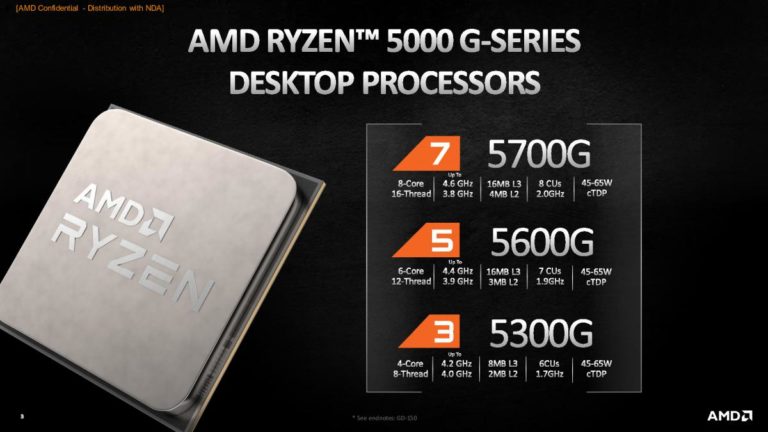 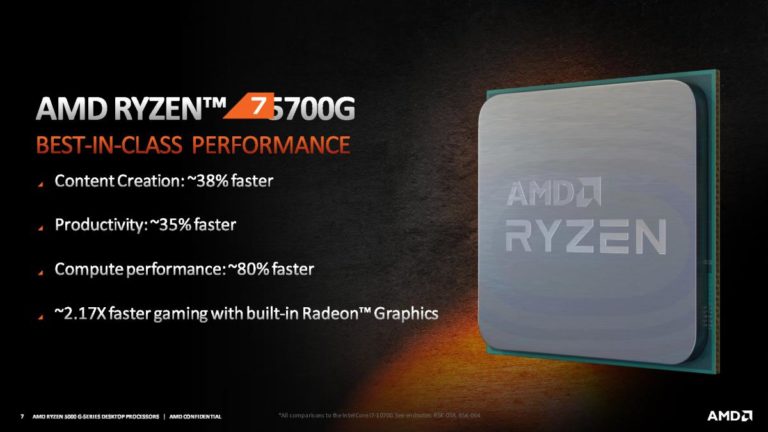 AMD will not be launching Ryzen 5000G series for the DIY market anytime soon. The company announced that initially only pre-built systems will be equipped with Ryzen 5000G series. History repeats itself, AMD once again has failed to deliver its highly anticipated CPUs to consumers. Now more than ever, the Ryzen 5000G series is needed, especially when consumers cannot afford or simply can’t buy a discrete graphics card, such an option will still not be available. A high-end APU with 8 cores would have been a great alternative for the time being.

AMD claims that its 8-core Ryzen 7 5700G will be up to 38% faster in content creation, 35% faster in productivity, and 80% in compute performance in comparison to Intel Core i7-10700 CPU codenamed Comet Lake-S. 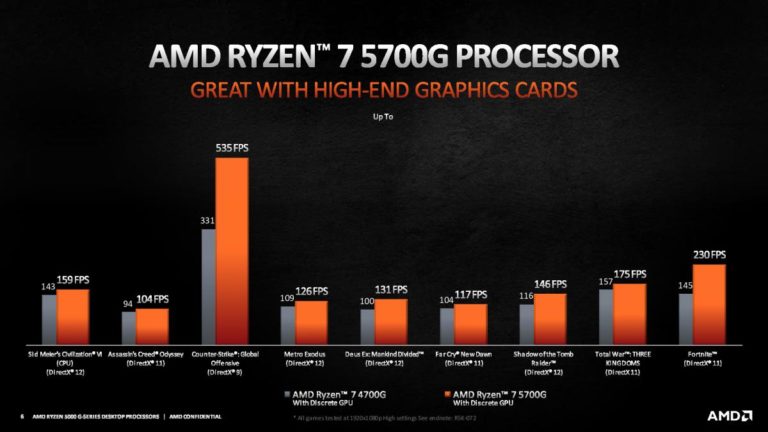 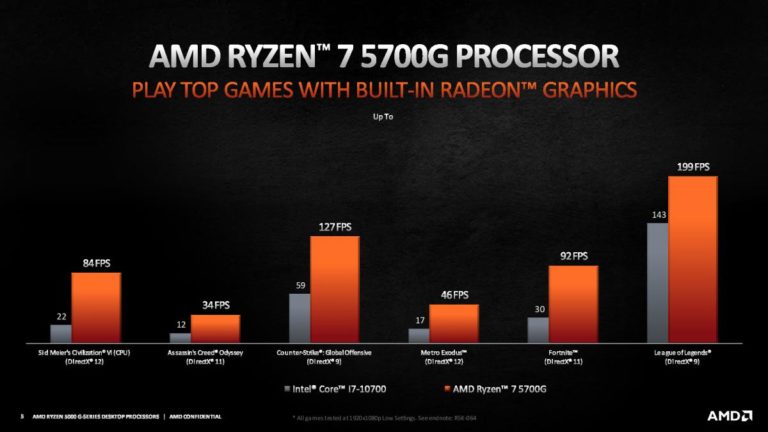 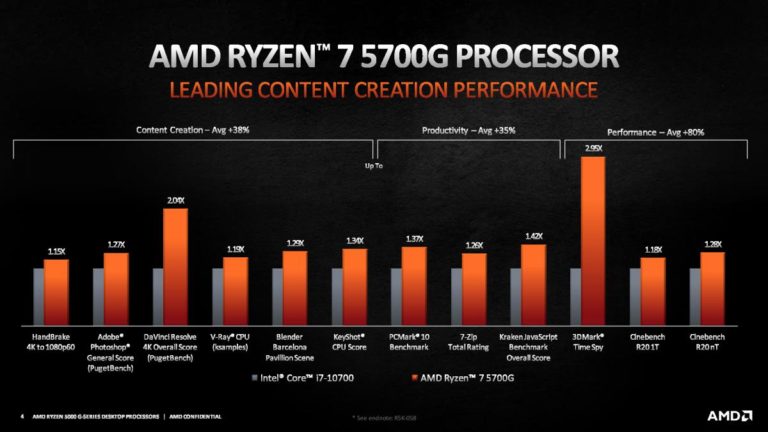 The 6-core and 4-core Ryzen 5 5600G and Ryzen 3 5300G are being compared to Intel Core i5-10600 and Core i3-10300 respectively. AMD claims higher performance in all comparisons. AMD did not compare its new series featuring Vega graphics to just launched 11th Gen Core series, which offer a lost faster Xe-LP integrated graphics compared to the last generation. It would make a lot more sense, but sadly that did not happen. 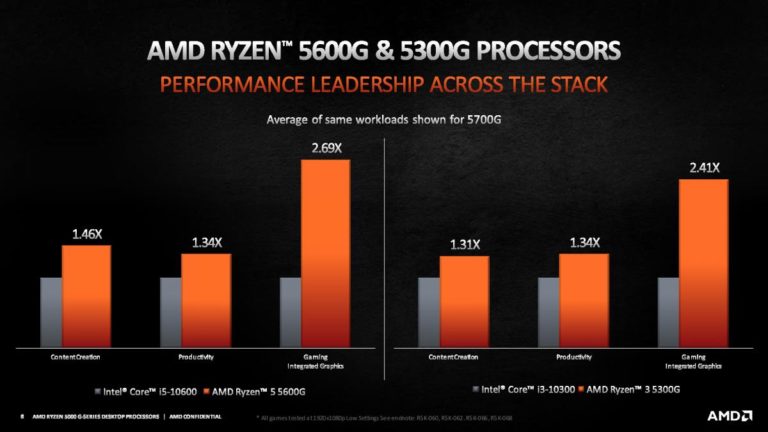 According to Guru3D, AMD promises to launch Ryzen 5000G series to the DIY market later this year, but no date has been provided. AMD’s own website claims that Ryzen 7 5000G series is OEM only, which certainly does not build our trust in AMD ever releasing those APUs for the DIY market.