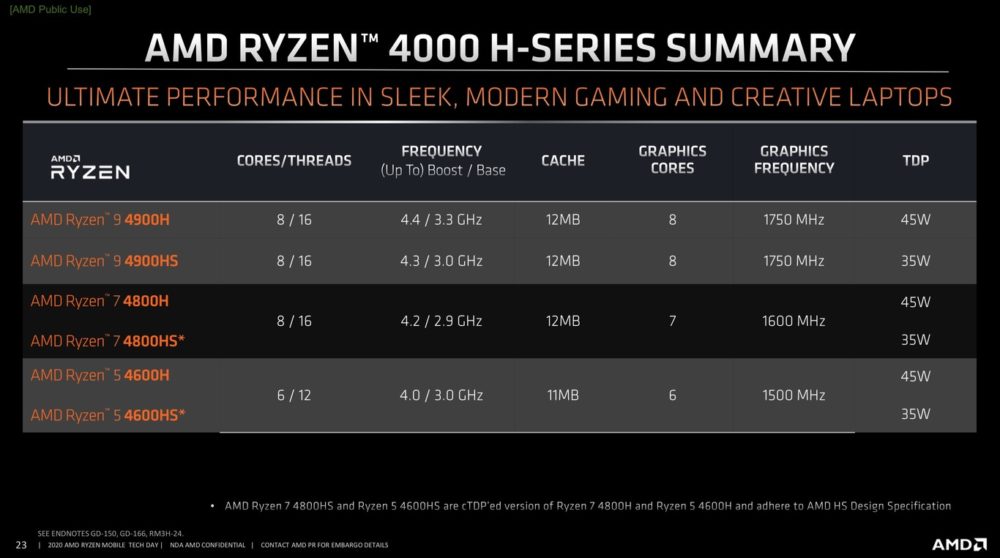 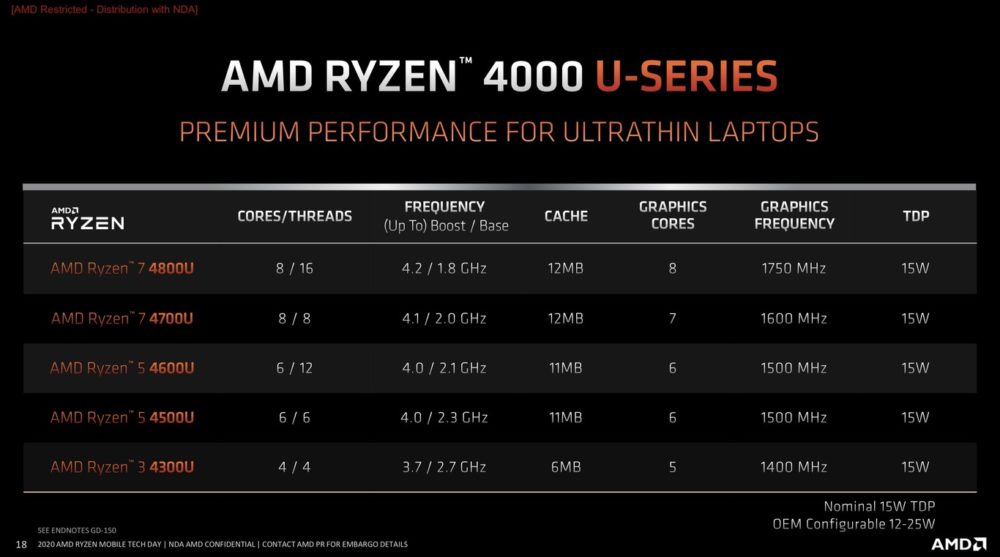 Laptops based on Ryzen 4000 Mobile will go on preorders today, however, it may take few weeks for them to be widely available. AMD releases more information on the architecture itself. AMD also confirmed Ryzen 9 4900H flagship CPU.

The Ryzen 4000 Mobile is based on Zen2 architecture, a refined version designed specifically for laptops. The new silicon is codenamed Renoir, it features with up to 8 graphics units and 8 processing cores (16 threads) — which also happen to be the specs of the Ryzen 9 4900H and Ryzen 7 4800U.

The Renoir silicon is fabricated by TSMC in 7nm node, it features 9.8 billion transistors and the package is 25x25x1.38mm in size. This means that the package has twice as many transistors as Picasso while the die is 25% smaller.

AMD has updated its slides with Ryzen 9 series, featuring 8 CUs for the H-parts and GPU clock speed of 1750 MHz. 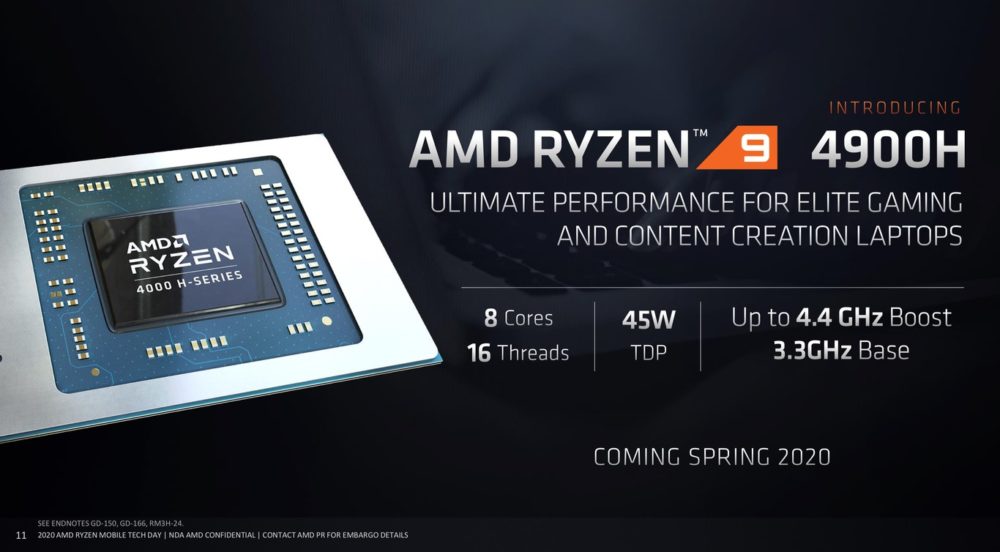 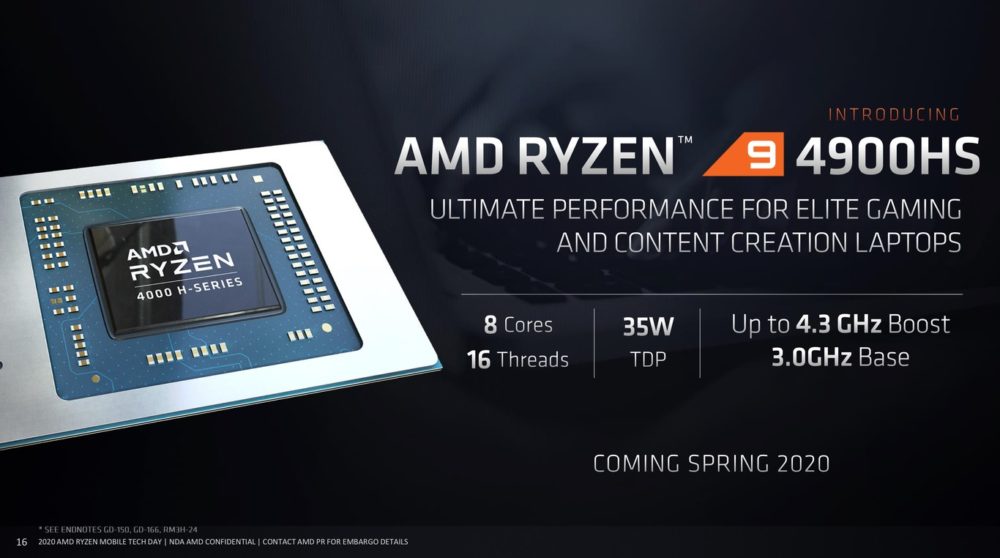