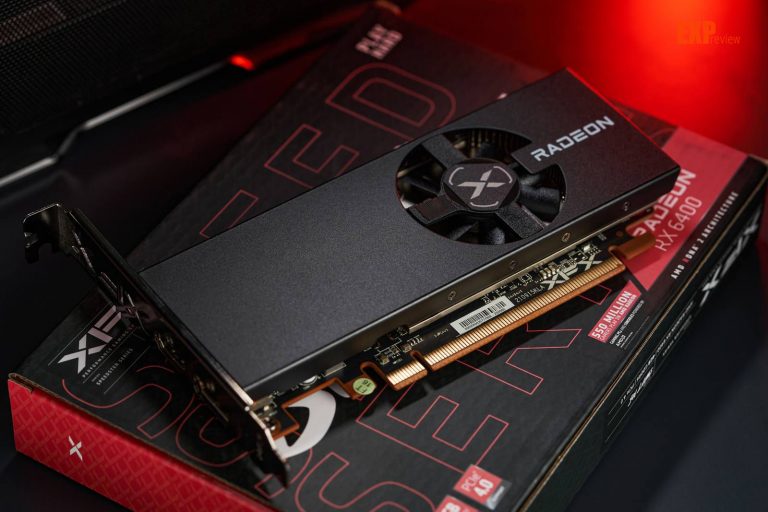 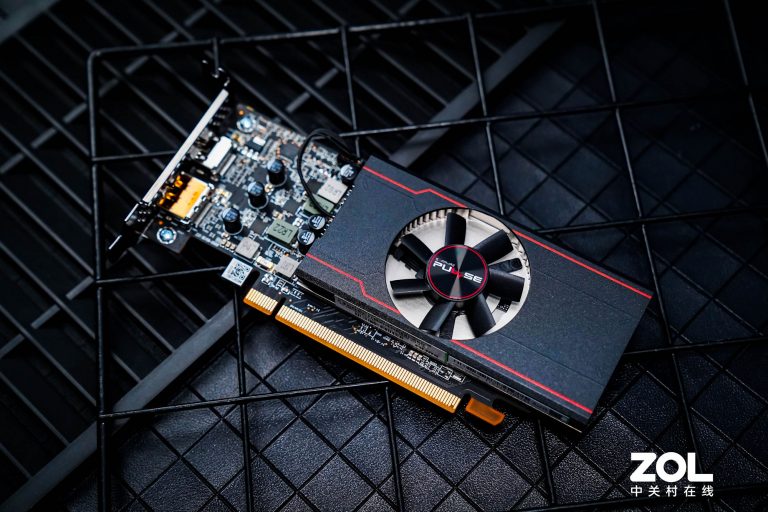 AMD RX 6400 is the slowest discrete GPU based on RDNA2 architecture released thus. This model is not exactly a new, it was already announced for OEMs back in January, however, it wasn’t until today for AMD to launch this card for the DIY market. Furthermore, the embargo on numerous custom designs has also been lifted today, most of which are single-fan and low-profile solutions.

AMD Radeon RX 6400 is based on Navi 24 GPU with 768 Stream Processors, therefore it is a cut-down version of the RX 6500 XT. The card ships with a base clock of 1923 MHz, game clock of 2039 MHz and boost of 2321 MHz. These are the same clock speeds as for the OEM model released in January. It ships with 4GB of GDDR6X memory across a 64-bit memory bus. There is no sign of a factory-overclocked solution from any board partners yet, therefore one must assume that this card will not be offered with higher clock speeds. 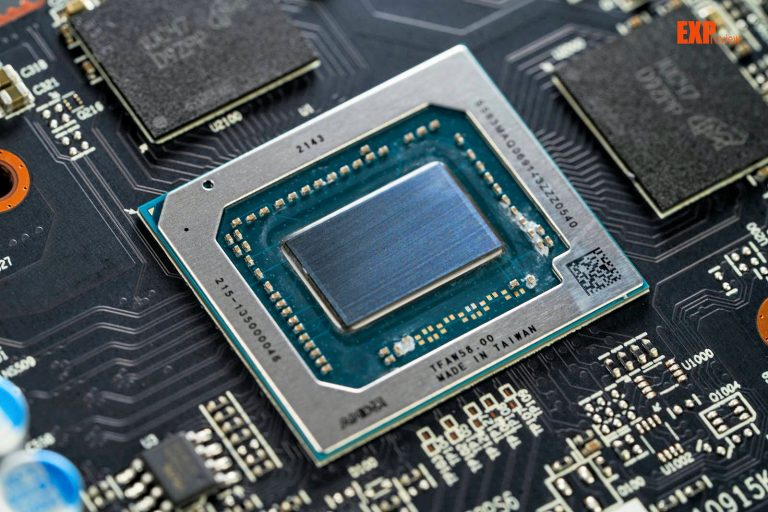 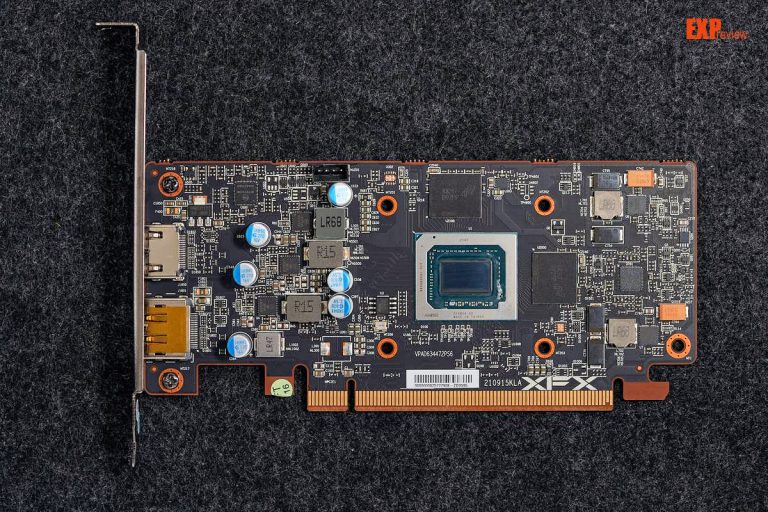 None of the cards released today requires an external power connector. These cards are all powered off the PCI-Express interface, which is more than enough to deliver the required 53W of power.

AMD Radeon 6400 was available to some Chinese media for review, whom appear to have exclusive coverage of this launch. One can find Sapphire Pulse or XFX Speedster models tested, both are low-profile solutions. 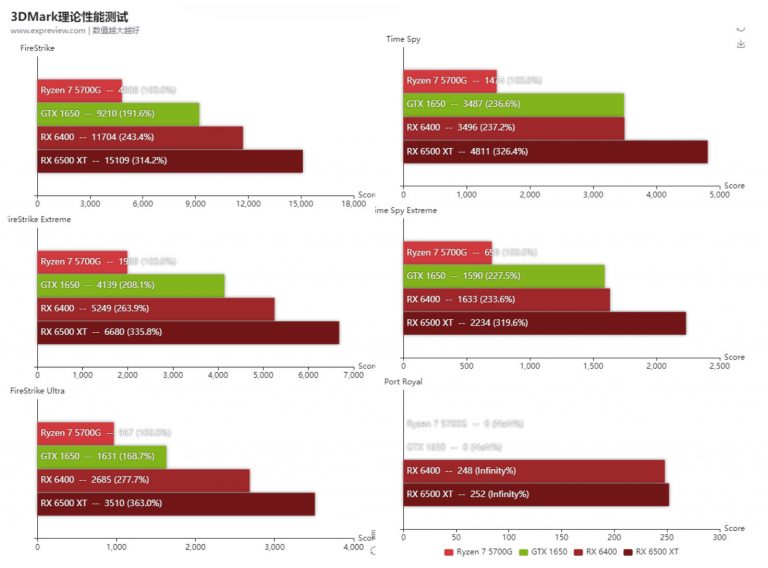 Based on the reviews, the RX 6400 sits between RX 6500XT and GTX 1650 in synthetic tests. It is slightly less powerful in games due to limited 64-bit memory bus. The card is also affected by the same problems as RX 6500XT, which is PCIe Gen4 x4 interface and lack of H264/265 encoding capability.

Update: AMD is comparing its card with GeForce GTX 1650 and GTX 1050, both are 75W entry-level solutions based on older generations: 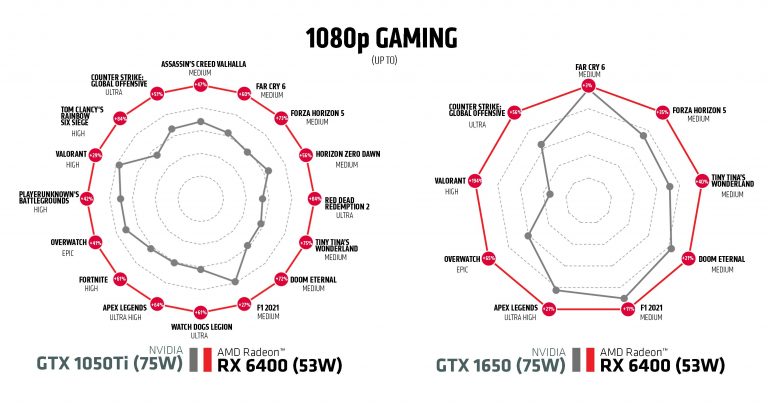 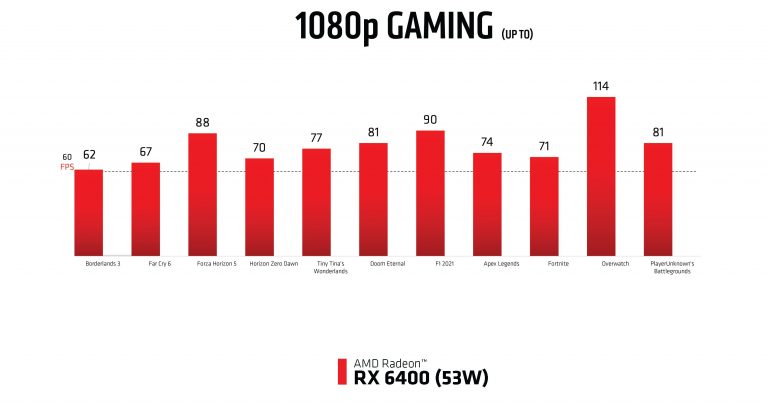 Official price for RX 6400 has been set to 159 USD, a 40 USD less than RX 6500XT. NVIDIA has not yet released anything this cheap at this price range that would offer the latest Ampere architecture. Their RTX 3050 model officially costs 259 USD, but unlike the AMD card, 3050 is almost impossible to be found at MSRP.