The demand for the next-generation graphics cards is noticeable higher. Suddenly everyone needs a new graphics card. A lot more people have decided to upgrade to newer models based on smaller fabrication nodes. NVIDIA was first to announce its GeForce RTX 30 ‘8nm Ampere’ series in September with AMD following with 7nm RDNA2 almost 3 months later.

In order to avoid scalpers from obtaining graphics cards and then reselling them at a much higher price, NVIDIA has implemented captcha in their own official store. The manufacturer later decided to use 3rd party sellers to offer their Founders Edition, in both US and Europe. But this only solved one problem, while the demand is still much higher than the supply.

AMD is also expected to face a huge demand for its next-generation GPUs. After all, customers who need new graphics cards will buy whatever card is available – and no one really knows when RTX 30 series will finally physically on the shelves.

In order to avoid making the same mistake NVIDIA did at the Ampere launch, AMD has sent out a document to its partners outlining the possible measures to prevent scalpers from obtaining the Radeon RX 6000 series cards. A YouTuber RedGamingTech received this document and it was shown in a video: 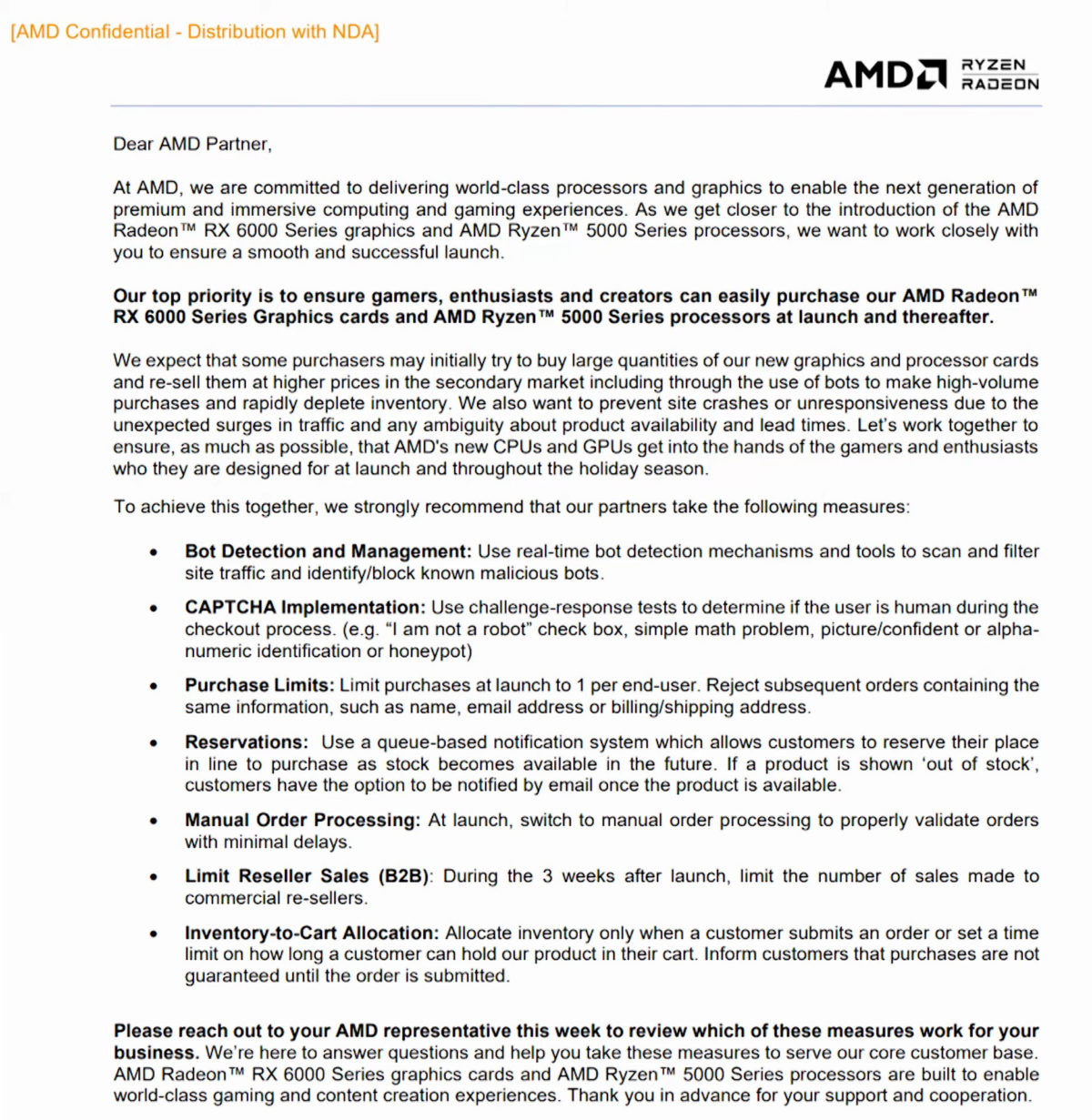 We have some exclusive information on RX 6000 today, with a leak on the RDNA 2 GPU SKUs we will see announced at the upcoming Big Navi reveal from AMD. We al…