AMD is updating its product naming scheme for 2023 and beyond. It should better reflect where each CPU stacks up.

The first number will simply refer to the production year, starting with 7 meaning 2023, 8 standing for 2024 product and 9 for 2025 CPUs. The second digit will translate Ryzen 3/4/5 and Athlon product names, the higher, the better.

AMD is also embedding Zen architecture into the product name itself. The third number will reflect the architecture, which is how we can immediately tell that Ryzen 7×4× CPU is based on Zen4 while 7×2× will likely be Mendocino processor with Zen2 architecture. 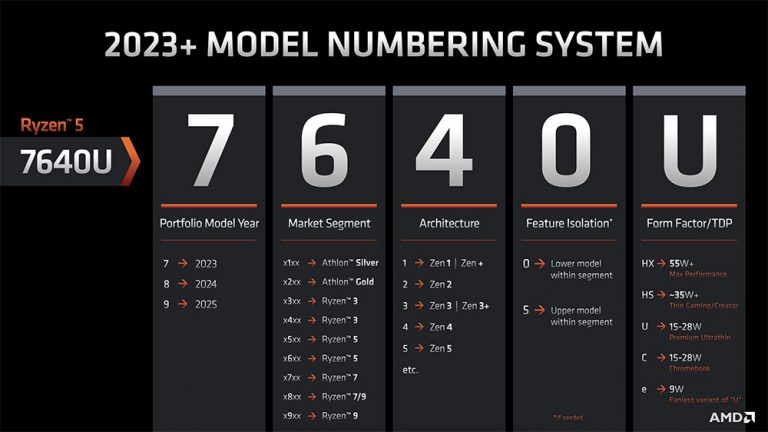 With the new naming, AMD is also confirming it will refresh Rembrandt under the Ryzen 7035 series later this year. Future notebook products featuring Phoenix and Dragon Range APUs should be called 7040 and 7045 respectively. Furthermore, the suffix will explain the power segment: from 9W (e series) to 55W (HX series). 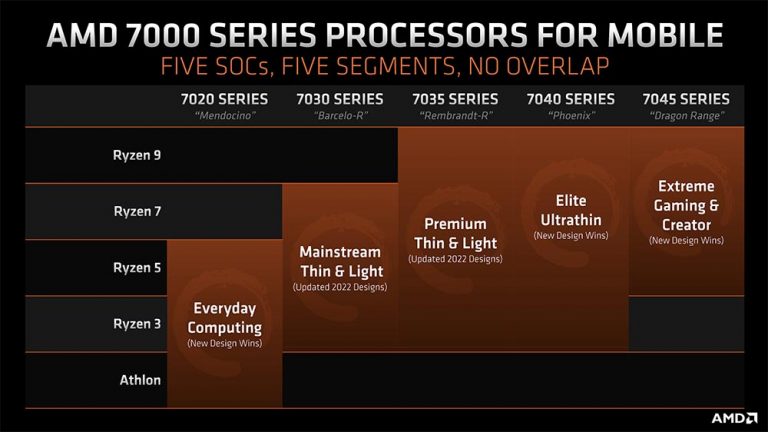 This is the first time AMD is confirming names for future products. We can now expect Ryzen 9 7945HX, a 55W Dragon Range mobile APU with Zen4 core, next year. The company is also naming the first Mendocino low-power APU with TDP in 15 to 28W range. One should now expect Ryzen 3 7420U based on Zen2 architecture in 2023. 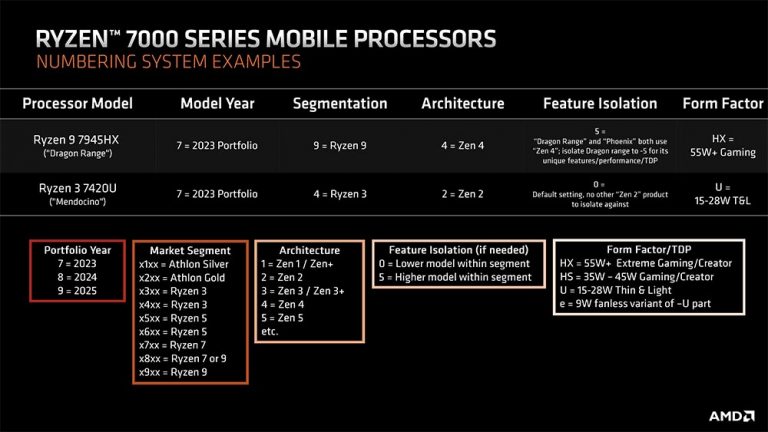