AMD has a new promotion now live for customers in select countries.

AMD had quite a few game bundles recently. Starting with Radeon RX 6000 series, gamers can receive up to 2 games (The Callisto Protocol and Dead Island 2), while Ryzen 5000 purchases are eligible for a copy of Uncharted: Legacy of Thieves. Unfortunately, the promo for Ryzen 5000 CPUs has now ended. 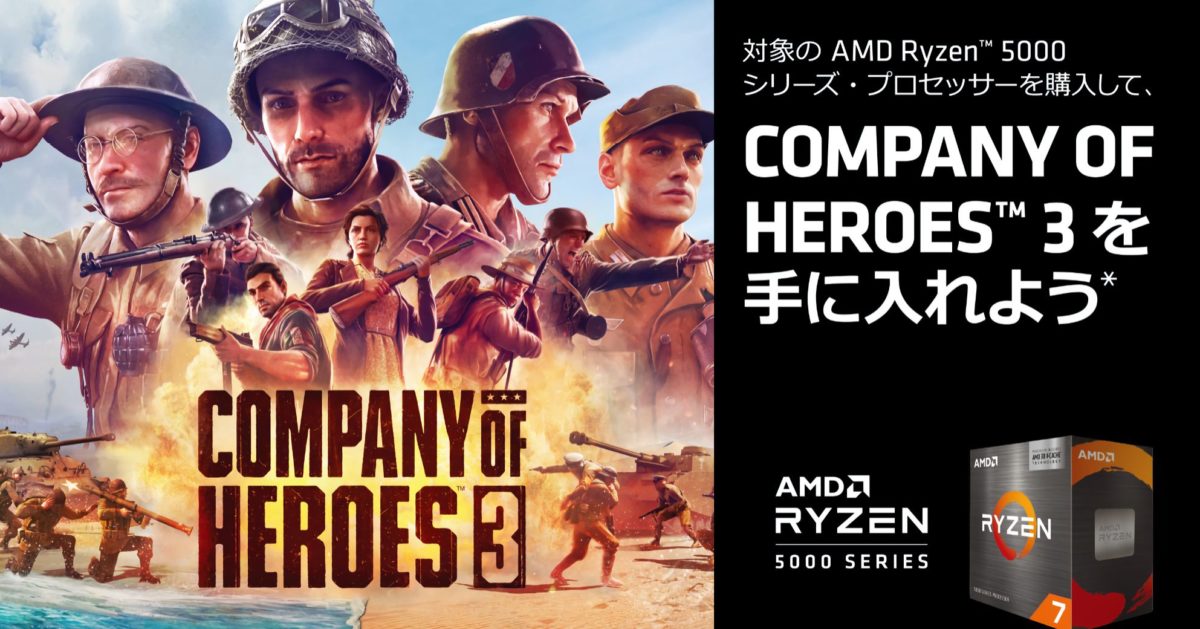 It looks like AMD might have been preparing another bundle. The company has just announced a bundle featuring “Company of Heroes 3” which started today and will last until February 15th. This bundle features the third installment in the Company of Heroes franchise, following a very successful 2013 release (yes, it’s been almost 10 years since the last game).

Company of Heroes 3 is a World War 2 real-time strategy game featuring next-gen graphics and multiple factions. The game was originally supposed to launch on November 17th, but was eventually pushed back to February 23rd this year.

Customers who choose the following CPUs will be eligible for a free copy of the game, as long as they buy the processor participating partner. Eight Ryzen 5000 CPUs are included in this promo:

One might ask where are game bundles for Ryzen 7000 series, but AMD already announced they will offer a new Rise the Game Bundle starting February for Ryzen 7000 series. This bundle will include Star Wars Jedi Survivor. So far, there is no information about any potential Radeon 7000 bundle.