The Ryzen PRO 6000 series will offer up to 8 cores and 16 threads and clock speed up to 4.9 GHz. This is the new generation of Ryzen mobile processors for business and professorial laptops. The series are based on 6 nm Zen3+ architecture codenamed Rembrandt, which also comes with RDNA2 graphics. 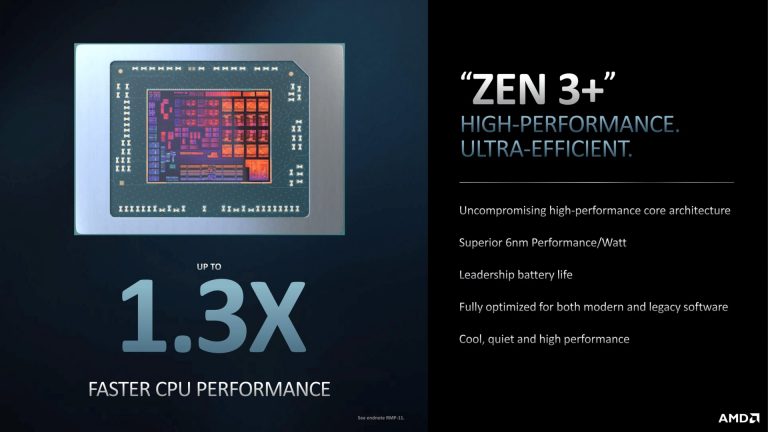 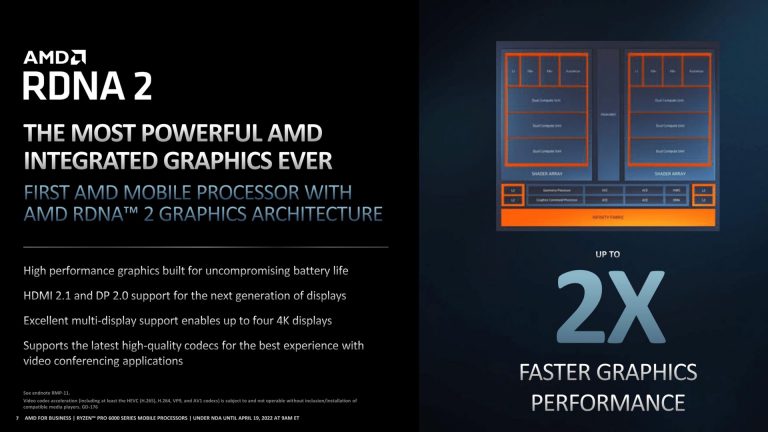 The series are divided into H and U-series. The former goes up to 45W but also comes in 35W variant known as HS for thinner designs, there are no changes in terms of clock speeds though.  The U-Series processors will be limited to 28W by default, but they can be confirmed from 15 to 30W. Additionally, AMD is launching new Ryzen PRO 5×75 U-series which are based on older 7nm Zen3 architecture with Vega graphics. 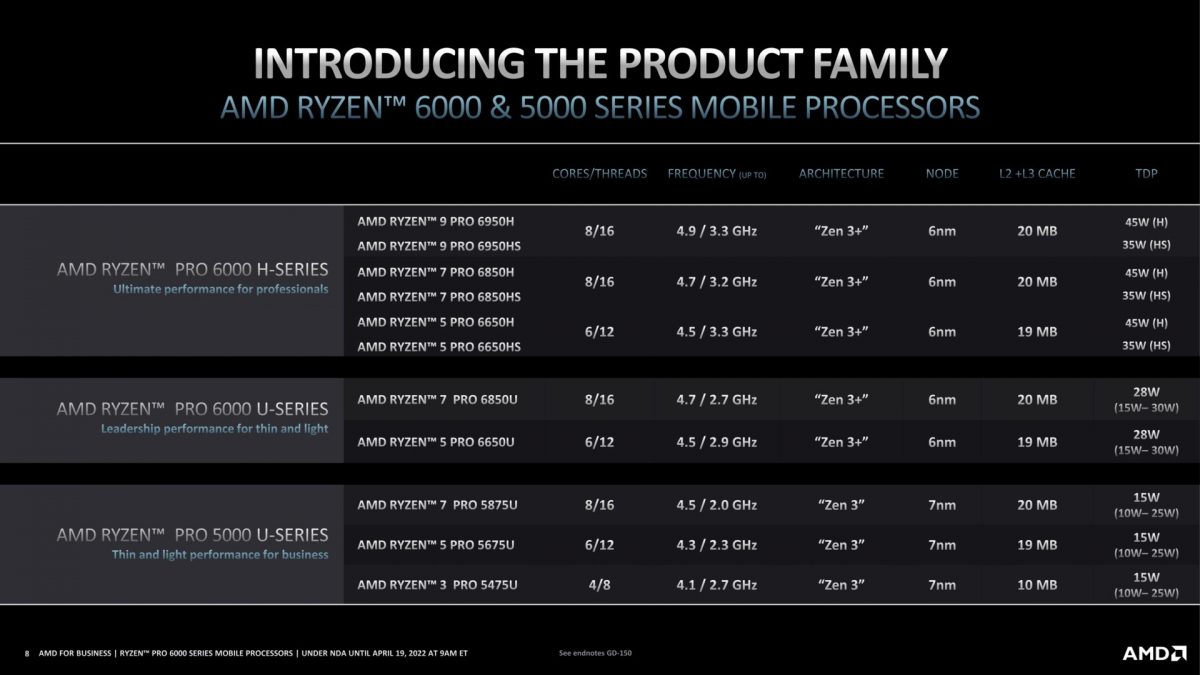 Longer battery life and increased performance over the Cezanne-based PRO 5000 series are among the main features of new SKUs. AMD is claiming up to 29 hours of battery life with video playback on Ryzen 7 PRO 6850U processor. 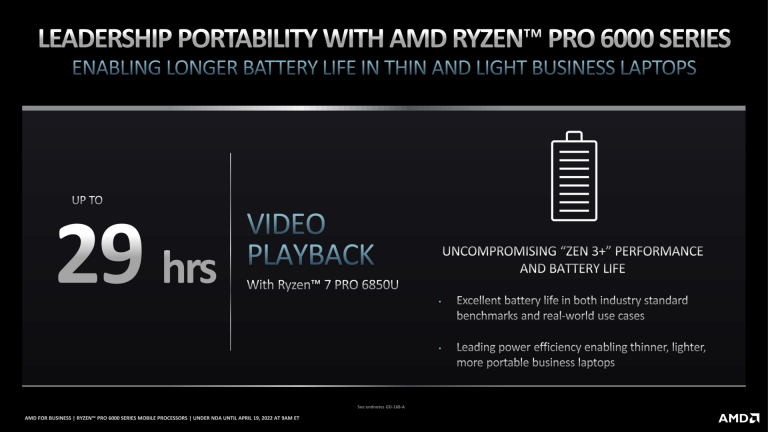 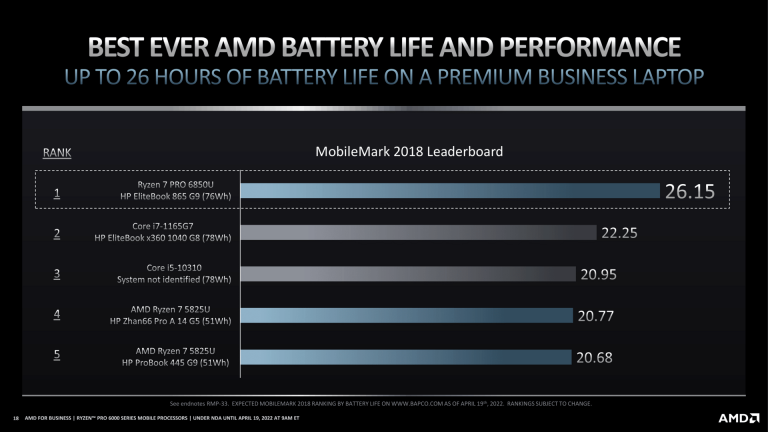 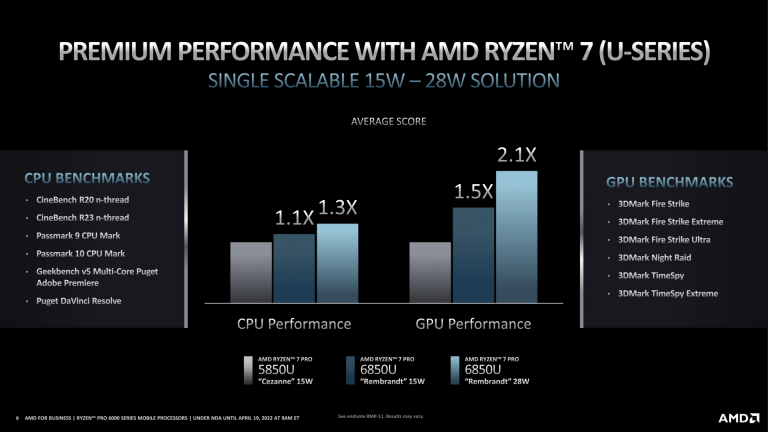 Today AMD is announcing multiple business laptops from HP and Lenovo, featuring either Ryzen PRO 6000, Ryzen PRO 5×75 or Ryzen 5000 processors. Those designs should become available in the coming weeks, but no launch date was provided. Some of these laptops have already been shown at CES 2022, such as the ThinkPad Z, which exclusively comes with Ryzen 7 PRO 6860Z processor. 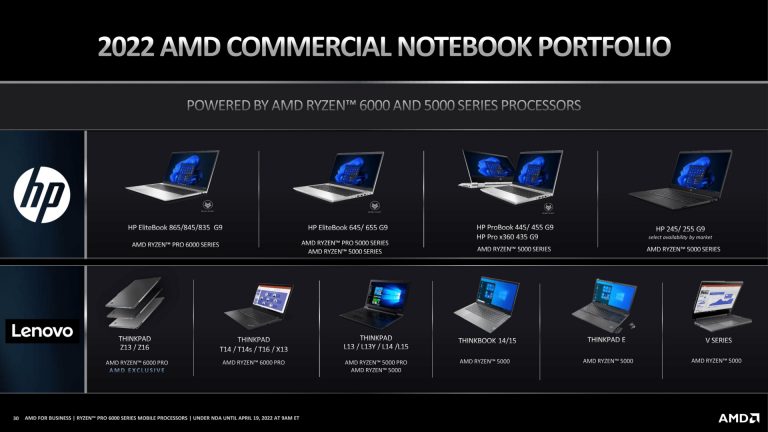 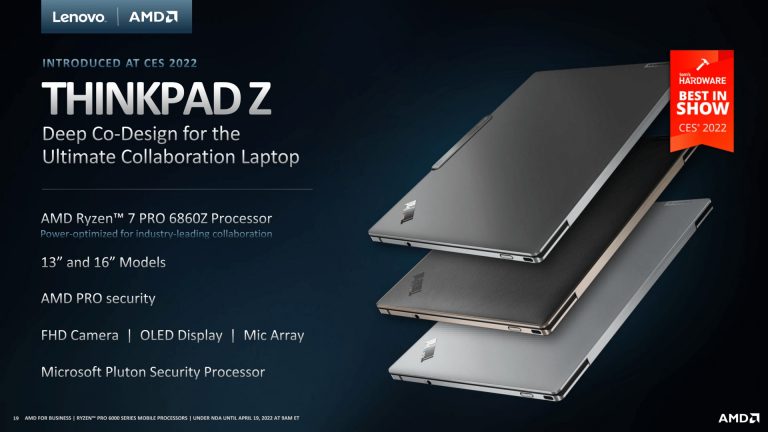 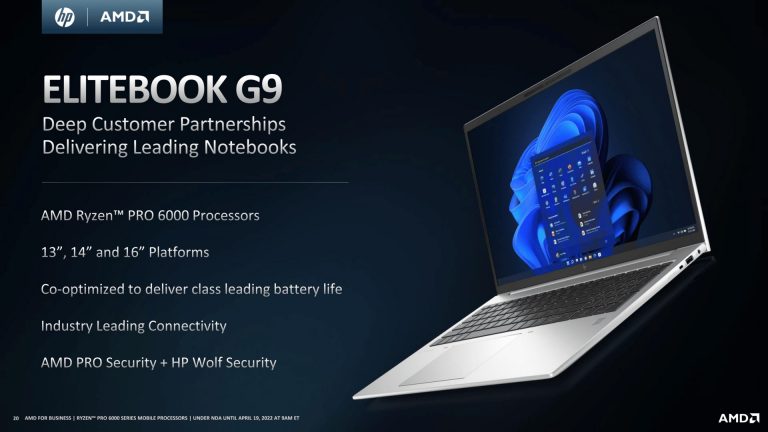