AMD Mendocino is part of the 7020 series (according to AMD’s new product naming schema), which means Zen2 CPU architecture and 7th generation of Ryzen. Unlike Intel, who dropped Pentium/Celeron brands recently, AMD will still use its Athlon branding for the slowest parts. 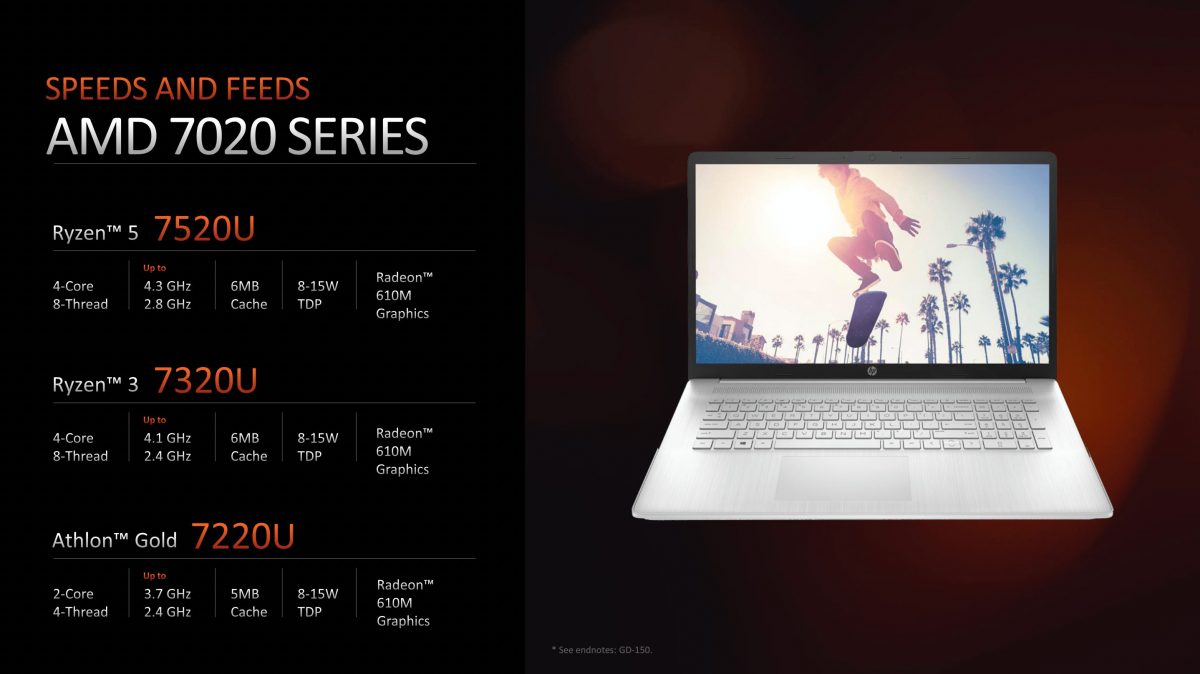 All three 7020 CPUs will operate in 8 to 15W TDP, and they have battery life up to 12 hours. According to the specs, each model has RDNA2 Radeon 610M integrated graphics, most likely with 2 Compute Units as leaked before.

AMD is claiming that 7020 series are fast and secure, they are equipped with Microsoft Pluton and ‘Modern Platform Technology’, such as wake on voice or fast charging. The company reaffirms its plans to launch Mendocino in the fourth quarter this year with products such as Acer Aspire 3, Lenovo IdeaPad 1 or unnamed HP 17-inch laptop. 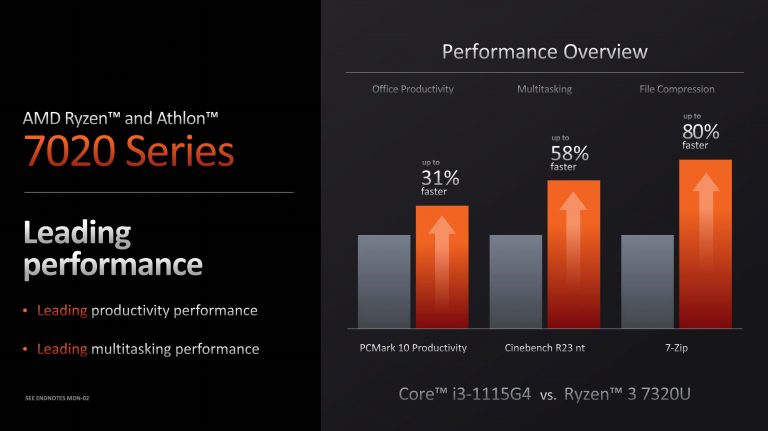 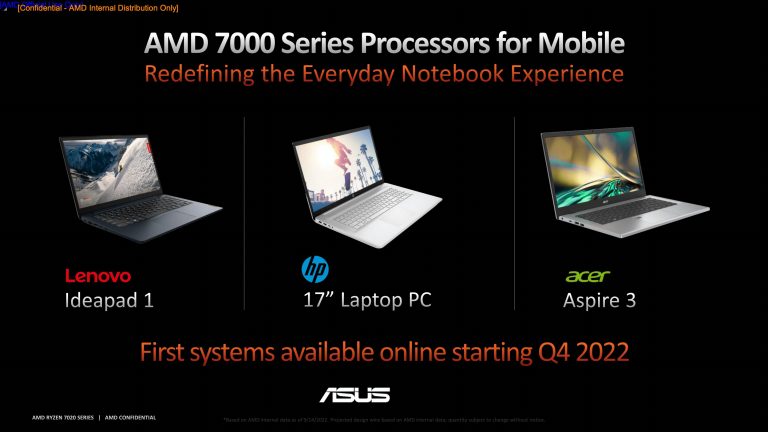