AMD today introduces AMD Ryzen 4000 Mobile series featuring H-(high power) and U-(low power) series. The former feature two SKUs right now and both are 45W. They feature clocks up to 4.2 GHz and up to 8 cores (4800H).

The U-Series are all 15W and feature between 8 and 5 graphics cores. The series is divided into SMT-enabled and SMT- disabled parts, for instance, the Ryzen 7 4800U has 8 cores and 16-threads while the Ryzen 7 4700U has only 8 threads enabled.

With Renoir, AMD is also introducing a ‘smarter platform control’ known as SmartShift. This is basically the same technology (as a principle) as NVIDIA Optimus (to divert power between integrated and discrete GPUs). 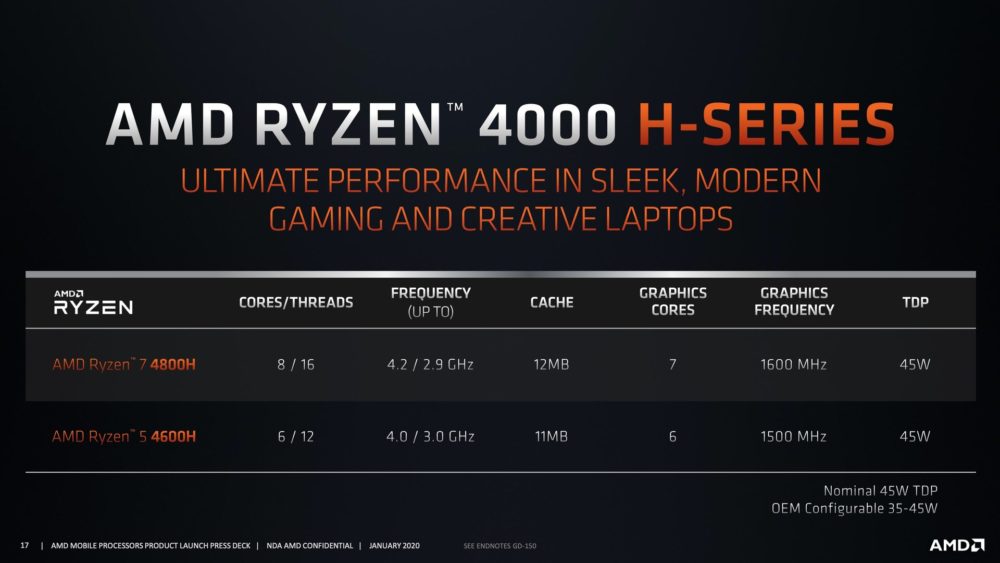 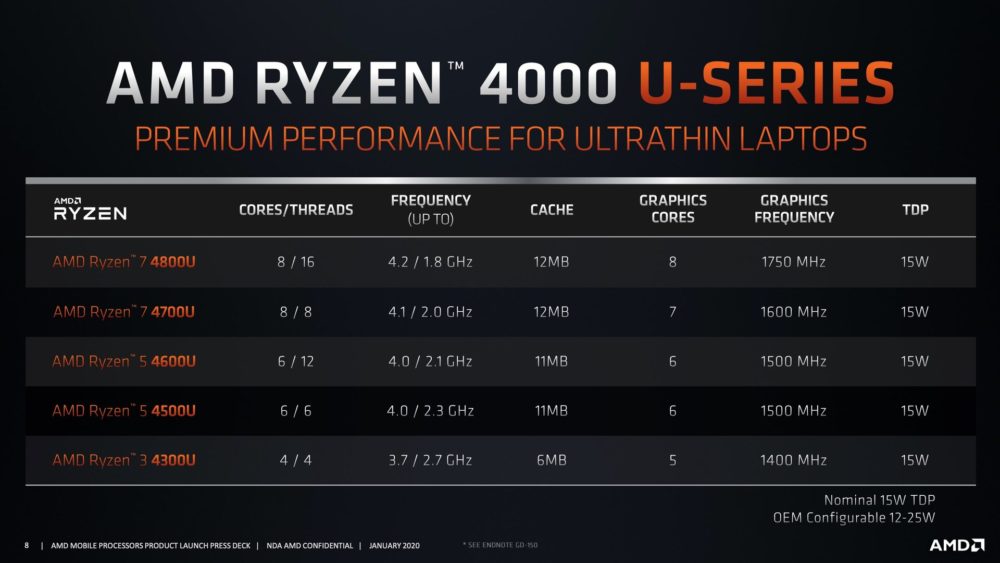 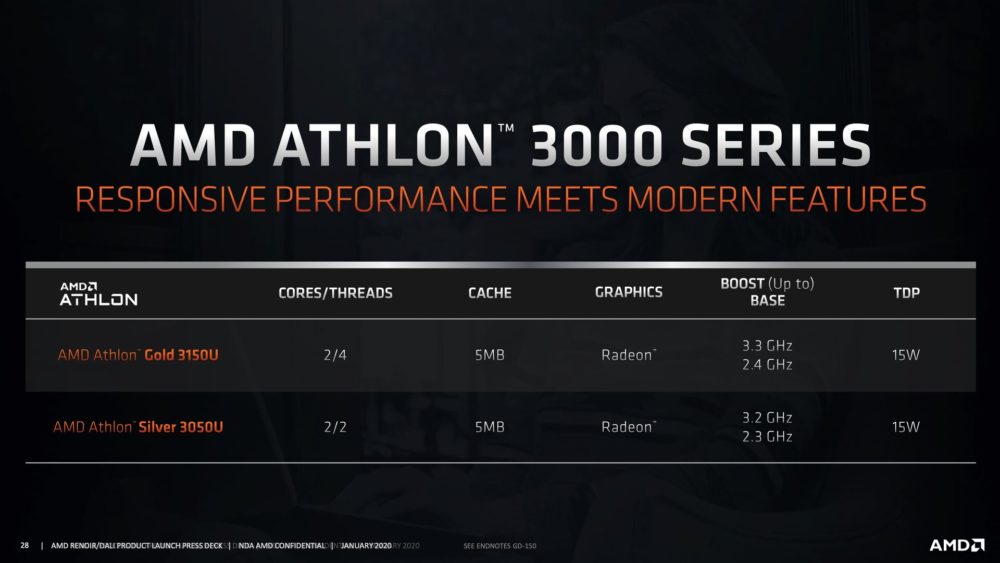 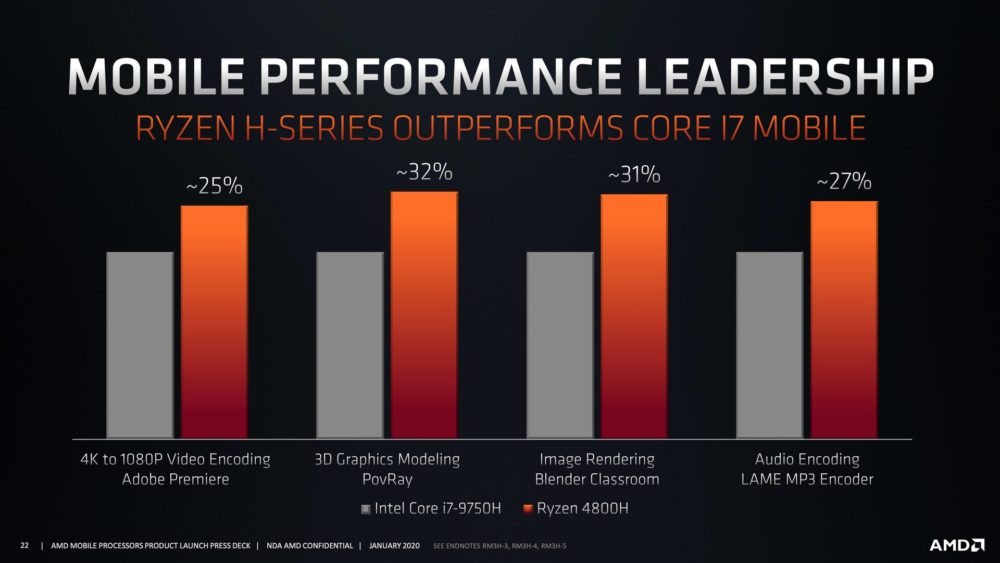 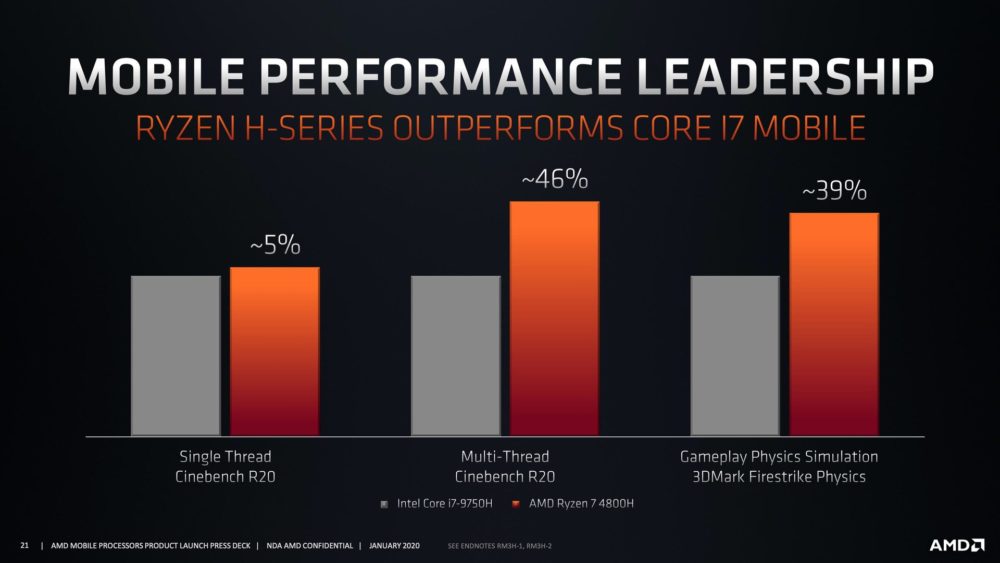 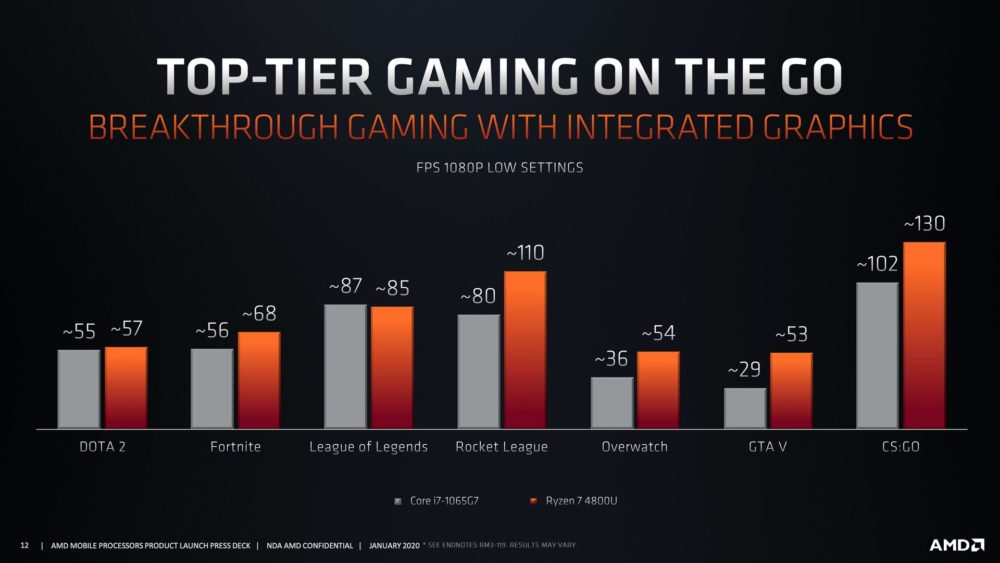 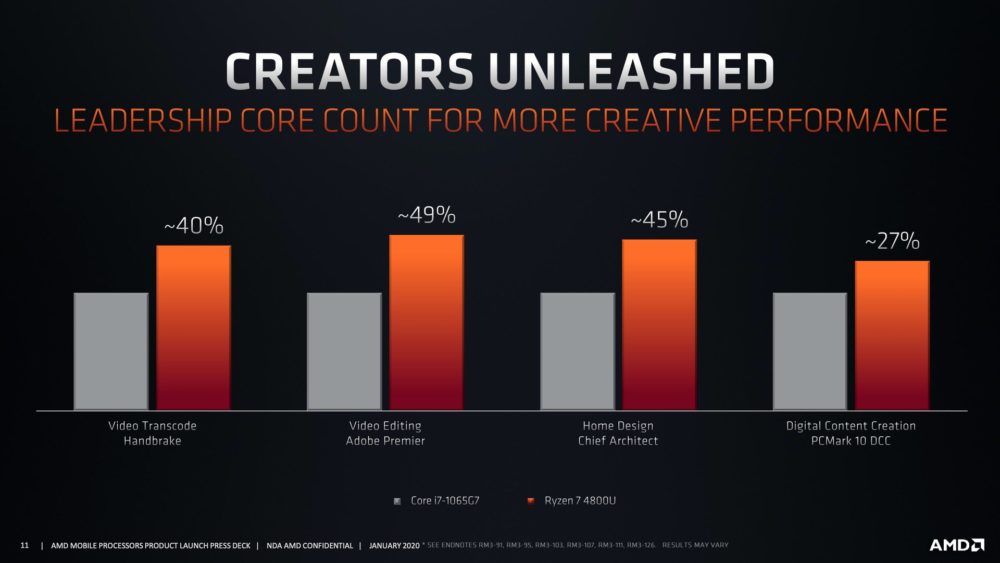 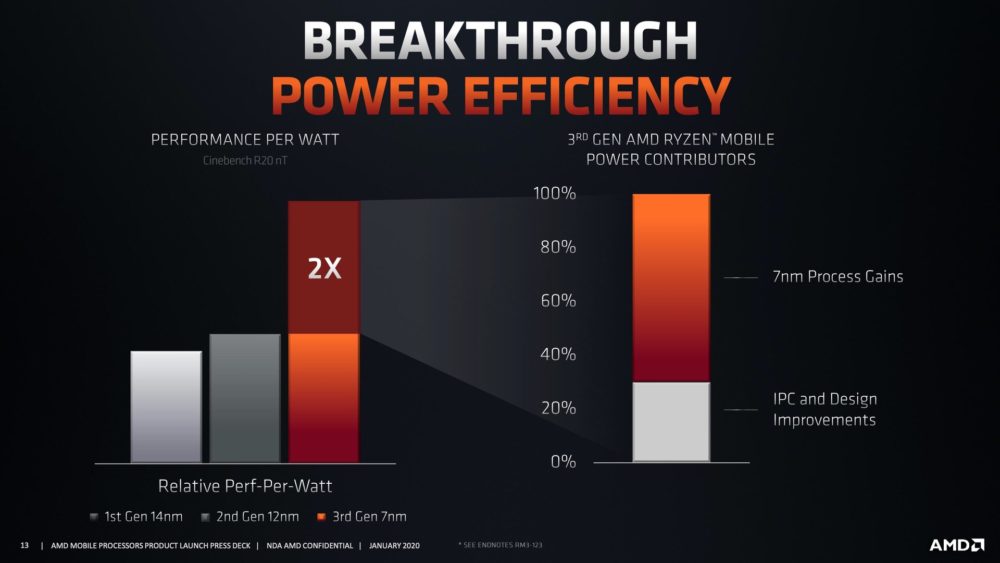 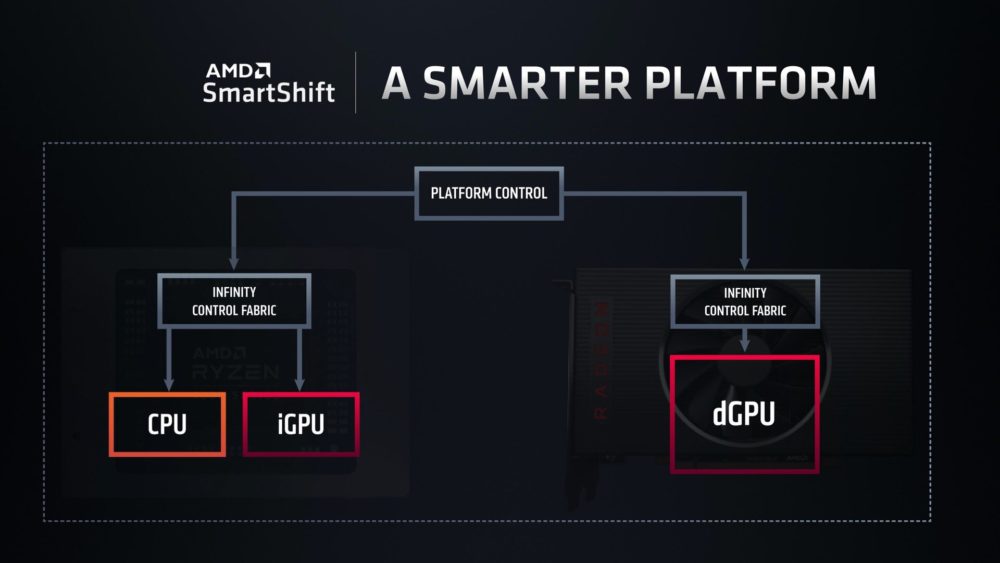 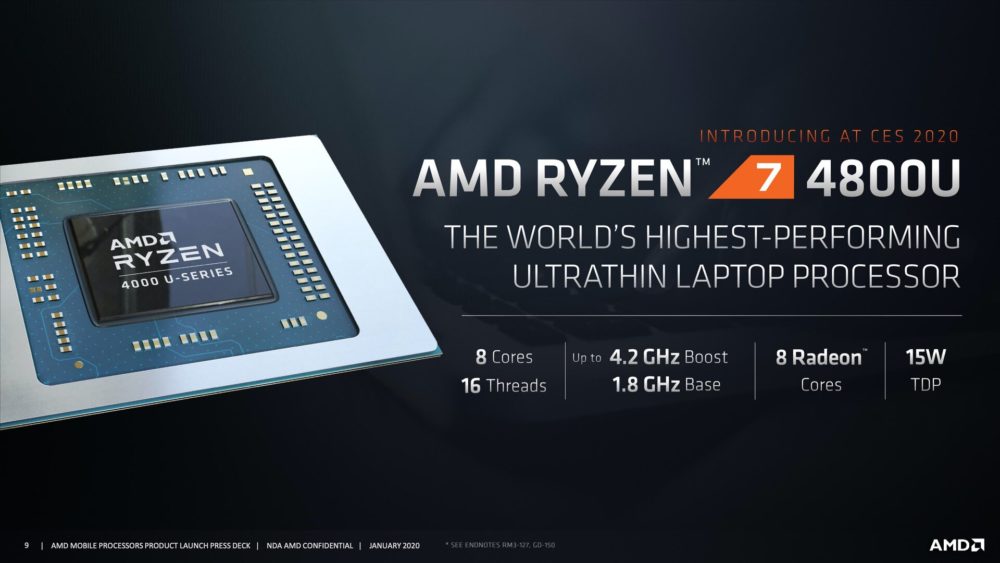 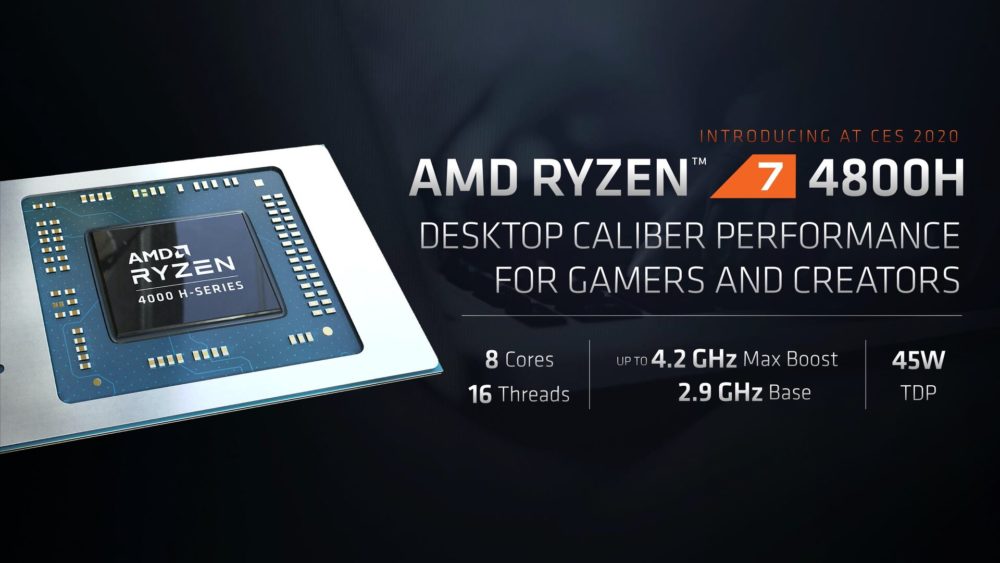