The AMD Radeon RX 5600 XT features a Navi10 graphics processor with 2304 unified cores. This model is equipped with 6GB GDDR6 memory across a 192-bit interface. The clocks are somewhat reduced compared to RX 5700 non-XT with a game clock around 1375 MHz and 1560 MHz in boost mode. We have been told that the clock speed should be around 1500 MHz in a typical gaming situation.

The card requires a single 8-pin power connector and it is rated at 150W TBP (total board power). It is made on 7nm process technology and GPU is based on RDNA1 architecture. This card also features PCI-Express 4.0 interface.

AMD decided to price RX 5600 XT for 279 USD. A number of custom designs will be available at launch. AMD confirmed that the card will officially release on January 21st. 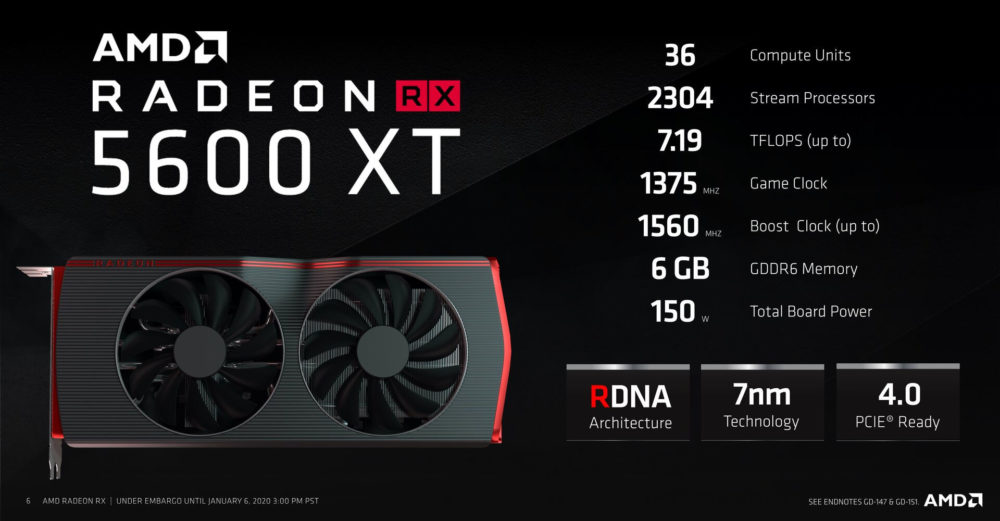 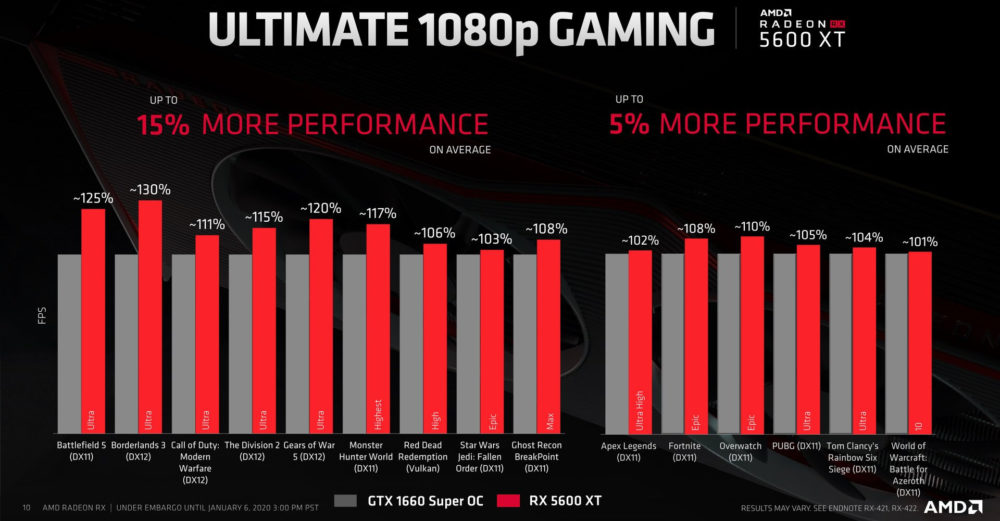 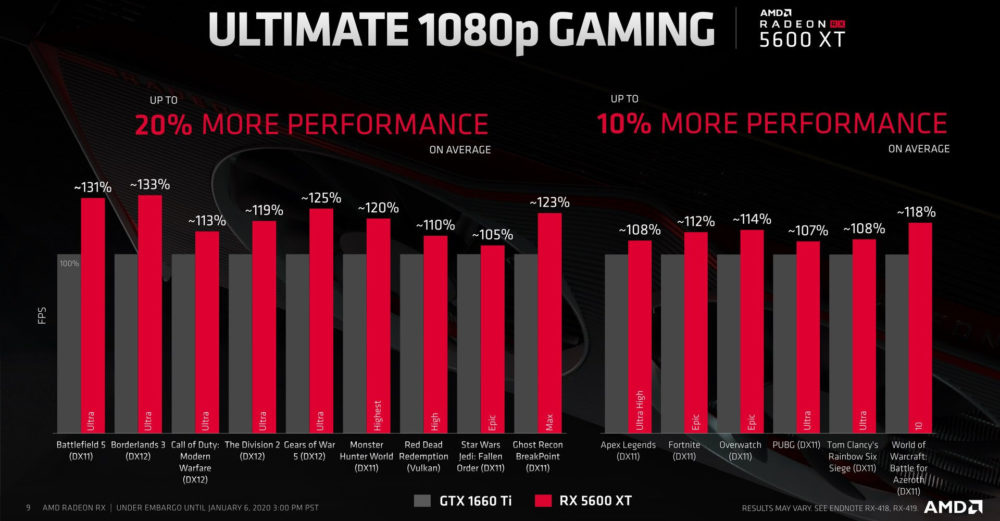 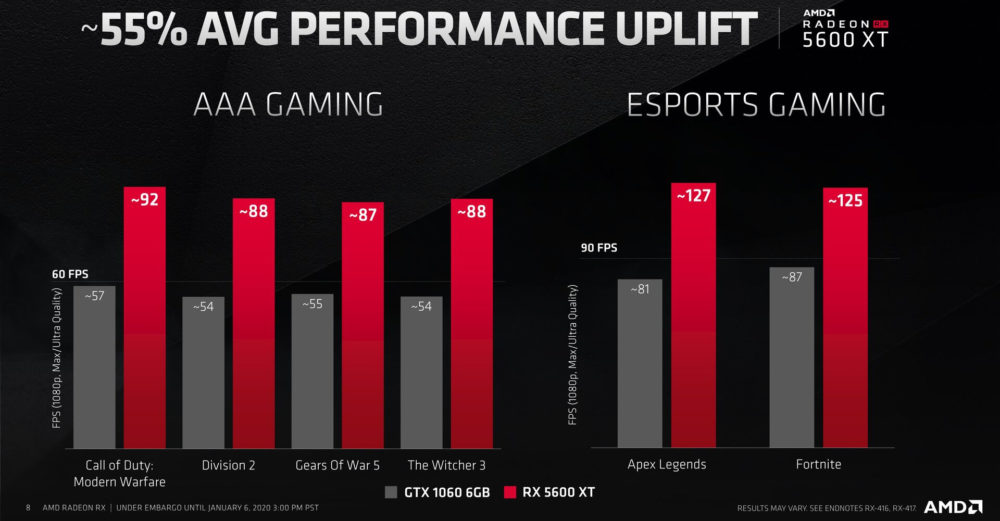 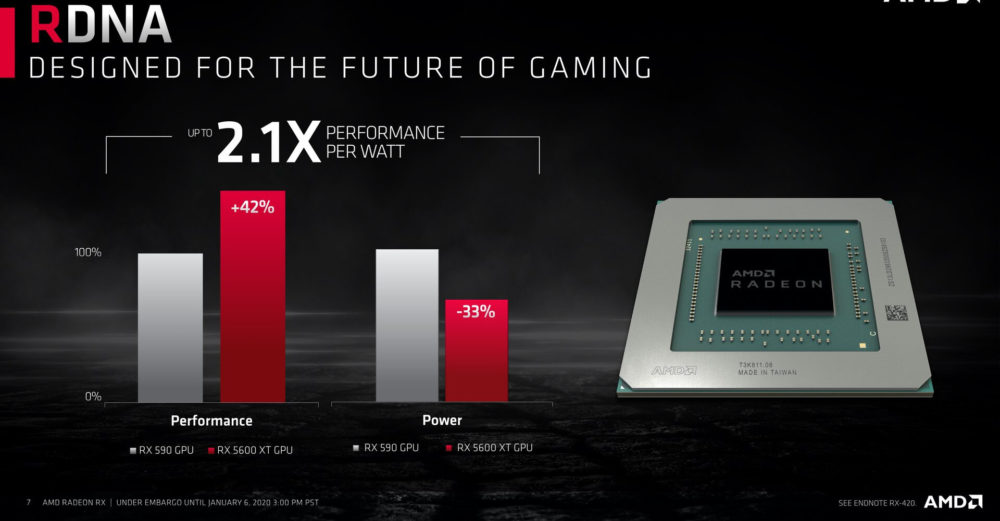 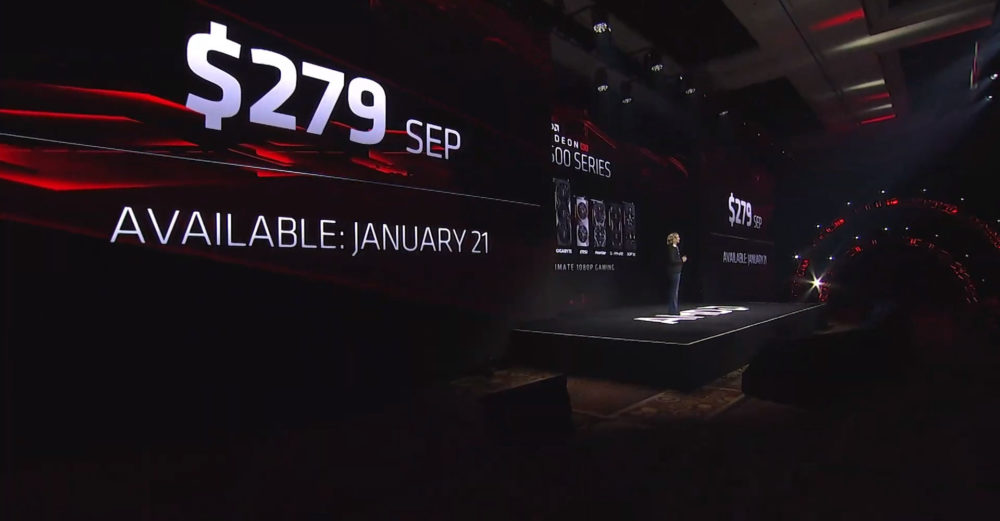 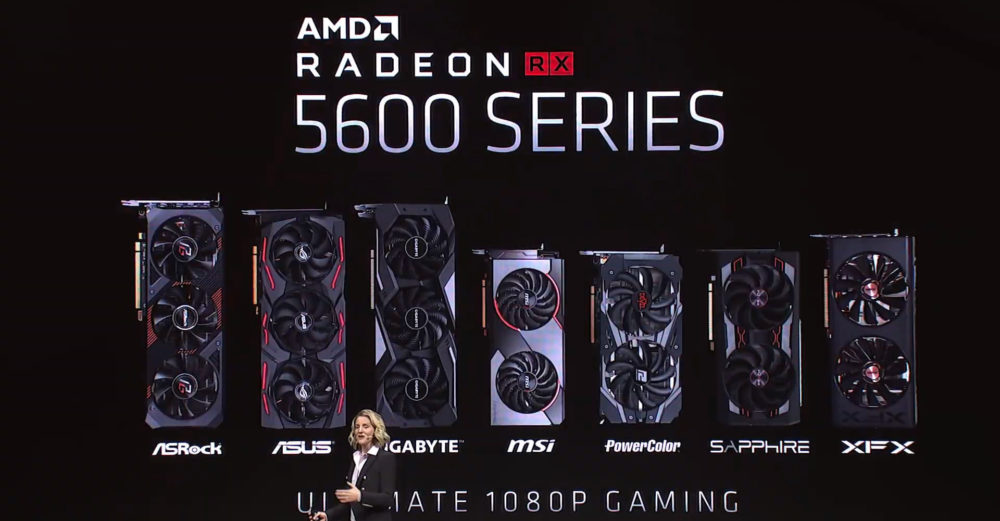