The Navi 14 landscape is starting to be confusing. As of now, we have three different Compute Unit counts (24, 22 and 20) and three different memory configurations (8GB 128b, 4GB 128 and 3GB 96b). We also have SKUs for desktop gaming, mobile gaming, and workstation mobile series.

The Navi 14 is a 7nm GPU with up to 24 Compute Units (1536 Stream Processors). The desktop variants will likely utilize the full chip eventually (the rumored RX5500 XT-variant). The RX mobile series might end up with 22 CUs at maximum (meaning we do not expect an XT model here). Whereas the Radeon Pro 5000M series is the first to feature full-fat Navi 14 with 24 CUs enabled.

For Macbook Pro AMD prepared Radeon Pro 5500M and 5300M. The former is the first Navi 14 model with 1536 Stream Processors, and 5300M is the first to feature 1280 SPs. These cards are divided into 8GB and 4GB configurations (respectively).

AMD disclosed that all Navi 14 graphics cards will be available this quarter.

AMD Radeon™ Pro 5000M series mobile GPUs are built upon the all-new AMD RDNA architecture, designed from the ground up for superior performance, scalability and power efficiency. The new GPUs include up to 8GB of high-speed GDDR6 memory with up to 192 GB/s memory bandwidth – double the bandwidth of GDDR5 – and also deliver up to 4.0 TFLOPS of single-precision floating-point (FP32) performance. The GPUs are optimized for today’s top professional content creation applications and compute-intensive image rendering workloads, delivering breathtaking, ultra-smooth, high-framerate visuals on the MacBook Pro Retina display.

“Today’s high-end creative professionals want the freedom to bring their ideas to life in the office or on the road without technology getting in their way,” said Scott Herkelman, corporate vice president and general manager, Radeon Technologies Group at AMD. “The Radeon™ Pro 5000M series GPUs provide MacBook Pro users with the horsepower and unmatched visual fidelity allowing them to focus on unleashing their creativity and delivering amazing results.” 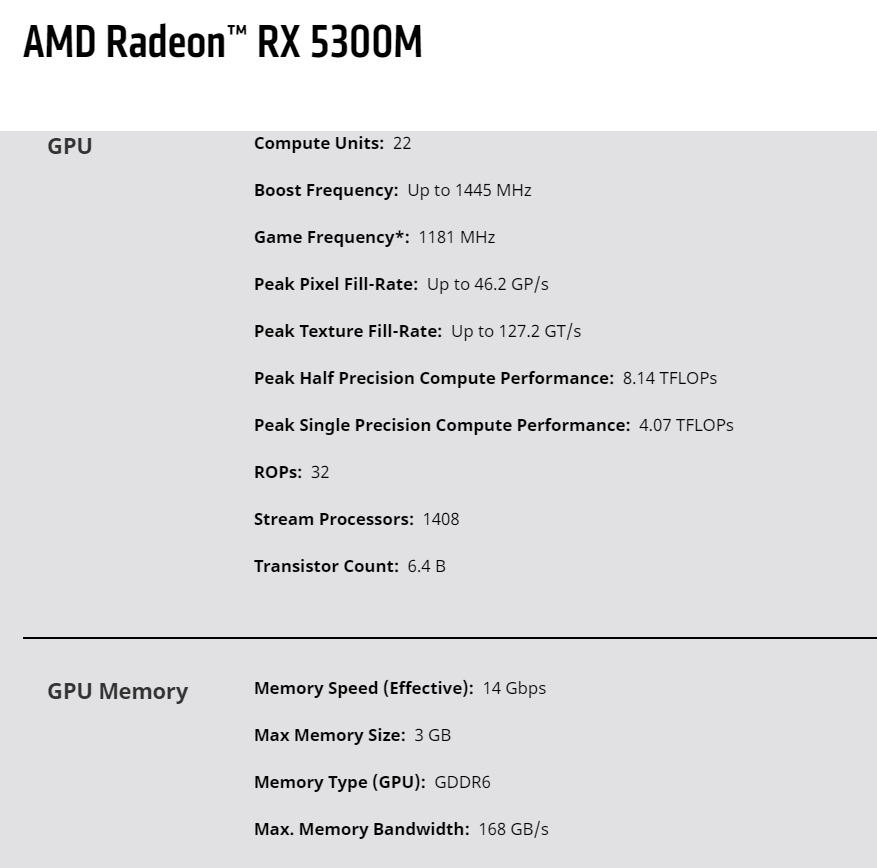 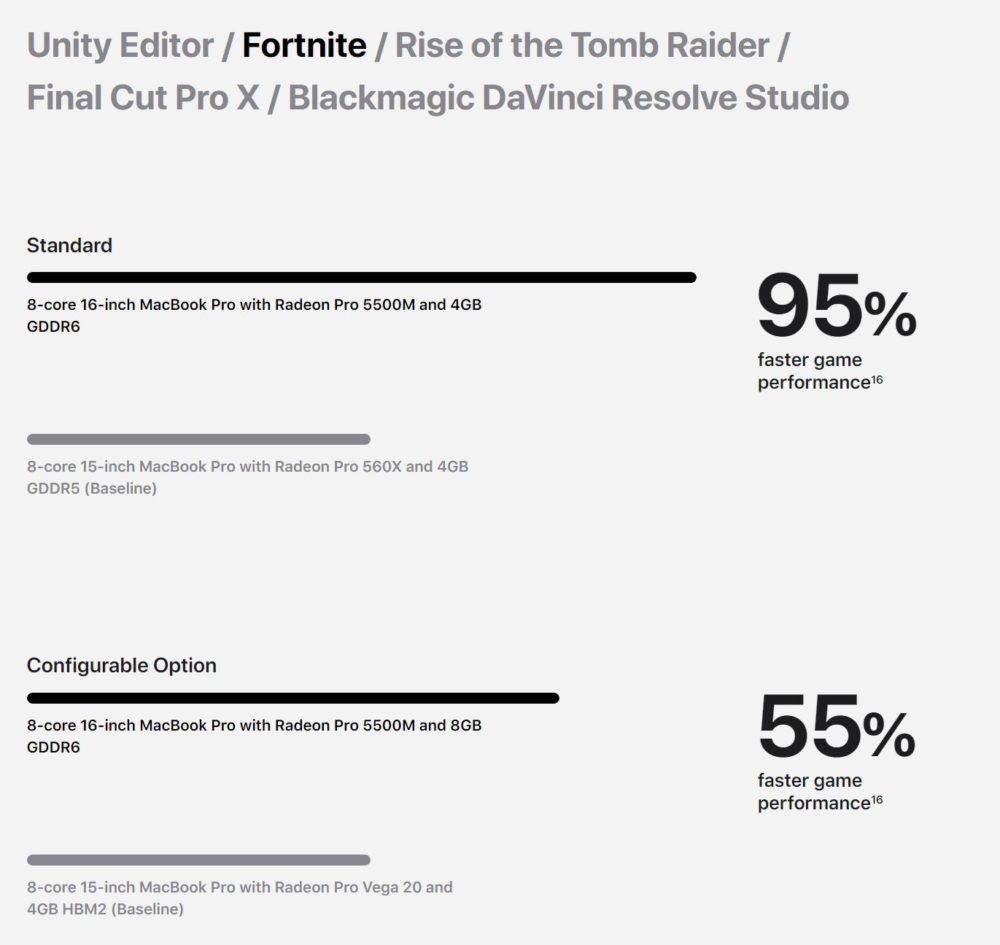 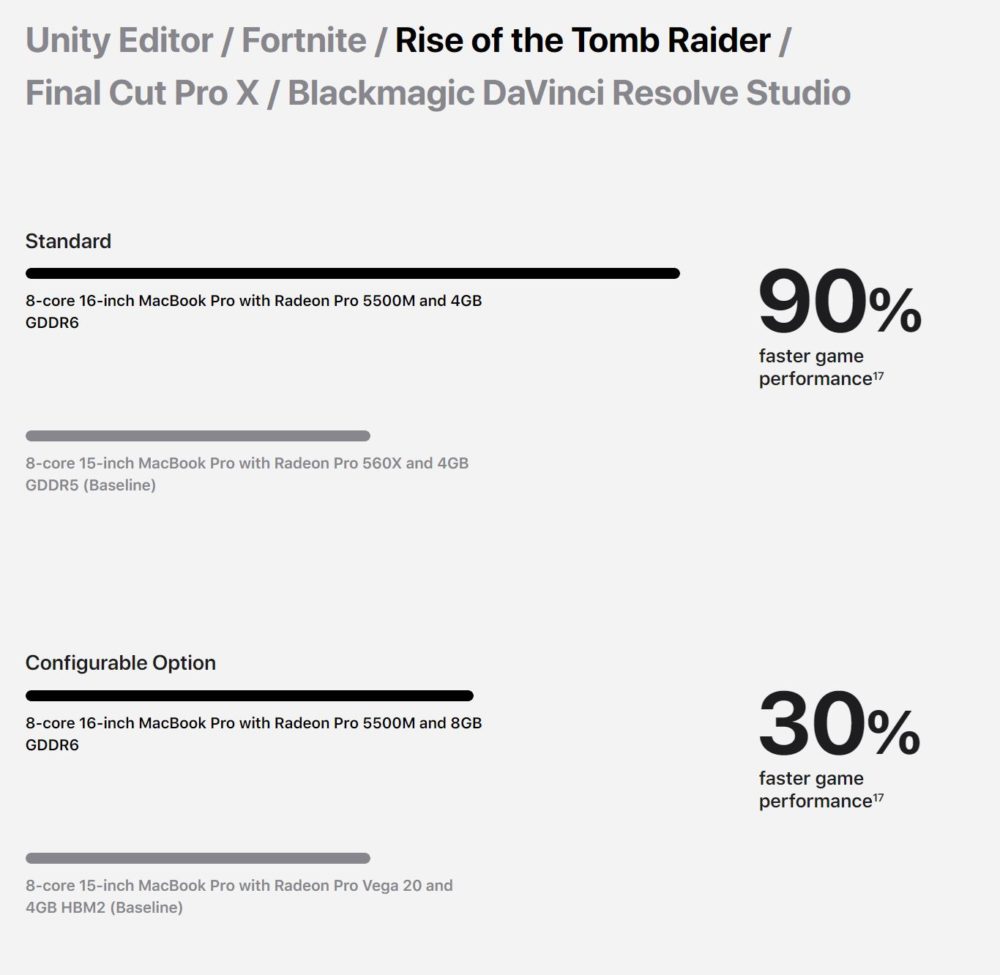