Earlier this month, we learned that Instinct MI300 product family from AMD will launch in many forms. This first CDNA3-based product would feature 3D stacking technology that allows AMD to provide various configurations to customers, including a combination of CPU and GPU dies.

In a newly leaked slide, allegedly from an AMD internal MI300 presentation, the company calls its new data-center processor as ‘first generation Instinct APU‘. This would actually be a confirmation of a very old rumor from 2019. Back then, a reliable hardware leaker “Komachi_Ensaka” discovered that upcoming AMD product would feature ‘a Big APU mode’, which was then expected for the MI200 series. An update to this rumor from September last year from ExecutableFix has revealed that this APU (now rumored to be MI300) would support a ‘SH5’ socket. We covered both rumors in this post.

A new slide from AdoredTV confirms that MI300 is also an APU. One of the configurations would indeed feature Zen4 CPU cores as well as CDNA3 GPU cores. This would also be an HBM-equipped device, meaning that all major components would be based on a single package, creating the world’s biggest x86 APU for data-centers. 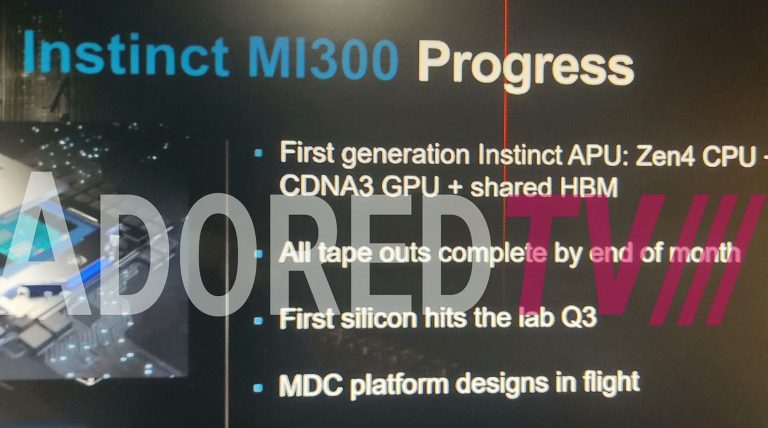 The picture above might actually be showing the MI300 for the first time. We can clearly see it has at least 6 HBM stacks, and it looks like a socketed product. However, it looks neither like MI200 GPU nor like EPYC processor. If we were to compare this blurry render to what was posted by Moore’s Law is Dead earlier this month, then one might assume that this APU could be just as big as the full CDNA3 GPU with 8 tiles (so the largest one). 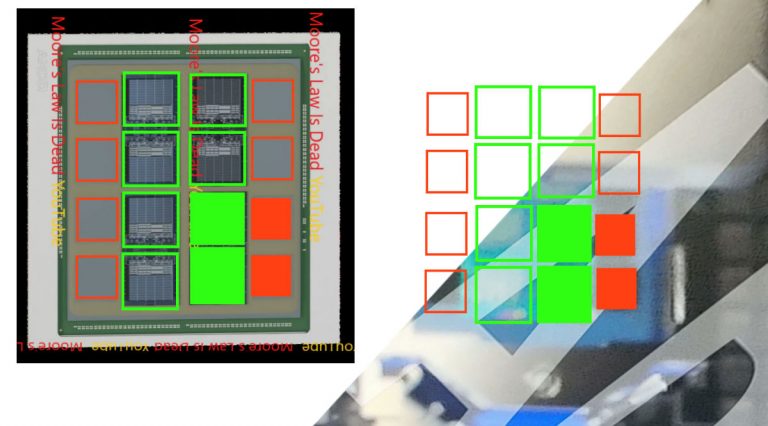 All that said, one probably shouldn’t use a single-set of set of specs for MI300 series, The APU might simply be one of the few variants for now a growing family of CDNA3 products.