AMD’s first multi-chip-module general-purpose graphics processor (GPGPU) has been leaked ahead of launch.

ExecutableFix has leaked the photo of the actual Instinct MI200 compute accelerator.

The render appears to confirm it is a dual die design with as many as 8 HBM stacks. According to rumors, the GPU is to feature up to 110 Compute Units and 128 GB of HBM2e memory.

What might be interesting to note is that the packaging of dual-die Aldebaran GPU is nearly identical to TSMC CoWoS-3 (Chip on Wafer on Substrate): 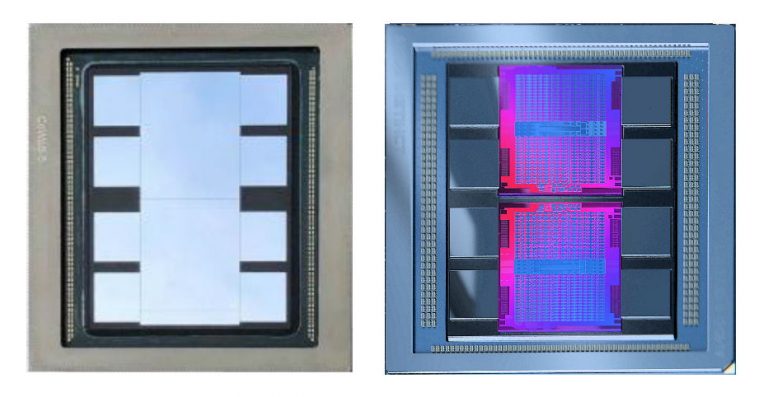 AMD is announcing its MI200 GPGPU just a day ahead of NVIDIA GTC 2021 Keynote, where its CEO is expected to unveil the first details on its next HPC architecture known as Hopper.