AMD MI200 had only just appeared in Linux patches, but due to the extensivity of the data, we are still learning new details hidden within the code. A patch from February 24th appears to confirm that Aldebaran will be a dual-die GPU. This was discovered by Coelacanth’s Dream. The patch clearly refers to alde_die_0 and alde_die_1, indicating that the chip is dual-die. In this case, “Alde” refers to Aldebaran, the upcoming compute accelerator for Instinct MI200, not Intel Alder Lake.

Aldebaran will compete with Intel Xe-HP(C) and NVIDIA Hopper as the first multi-chip module graphics processors, or more precisely compute accelerators. The same patches have already indicated that the MI200 will have an updated variant of High-Bandwidth-Memory called HBM2E. This means that AMD does not need to increase the number of stacks, but rather add more DRAM layers to increase capacity.

The multi-chip module will require new chiplets to be added to the package, such as the I/O module, which could theoretically be infused into each GPU module (like we had with the first-gen EPYC), but that seems rather unlikely.

AMD continues to claim that CDNA2-based GPU will be manufactured using “Advanced Node”. This likely means that each chiplets will be using different nodes, such as 7nm and 5nm within the same package. MCM GPUs such as Aldebaran will shape the future of graphics accelerators. It may take a while to see MCM in gaming GPUs though. 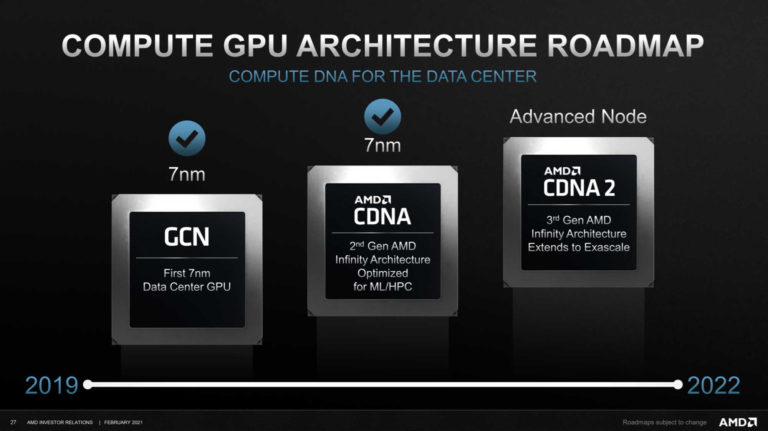