We have independently confirmed that Big Navi will feature a special cache connected to the memory subsystem. The internal name for this cache is not Infinity Cache, however, it is possible that the name has changed recently, as a new trademark has been registered by AMD just three days ago.

On the Justia Trademarks website, we can find the first references to AMD Infinity Cache. The name refers to AMD Zen technology called Infinity Fabric. AMD’s proprietary interconnect system architecture for CPU and GPU cores. The Infinity Cache could be a new technology coming to AMD Radeon graphics cards.

We have been told that AMD Big Navi has a relatively small memory bus of 256-bit and it is currently uncertain how the special cache works.

The alleged AMD Radeon RX 6900 graphics card would therefore feature 16GB GDDR6 256-bit memory paired with Infinity Cache. This, of course, would be the highest SKU in the lineup.

The first rumors about Infinity Cache have first appeared on the RedGamingTech YouTube channel. 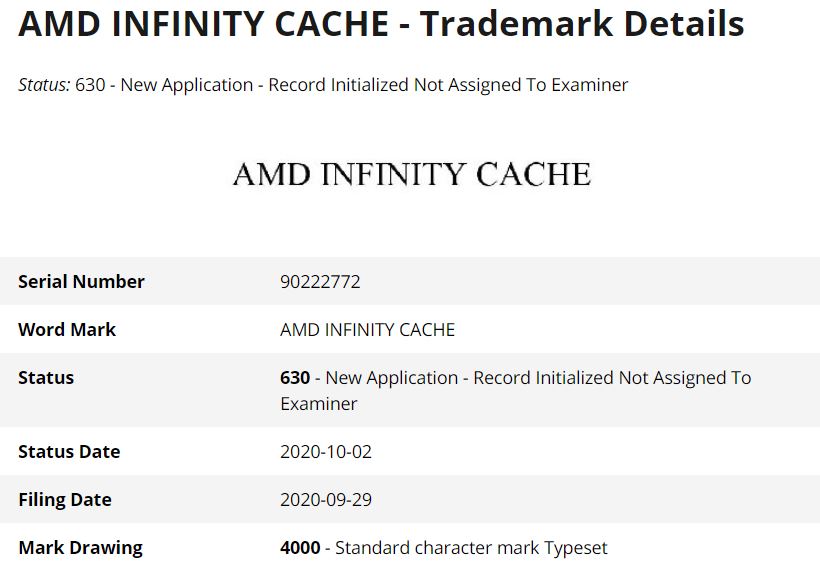