Officially this CPU offers a base clock of 2.4 GHz and boosts up to 3.7 GHz. It is therefore not as fast as Threadripper 5990WX clock-wise, which boosts up to 4.5 GHz, but with a higher core count, this EPYC CPU easily crosses 100K points, outclassing every other processor in the ranking. 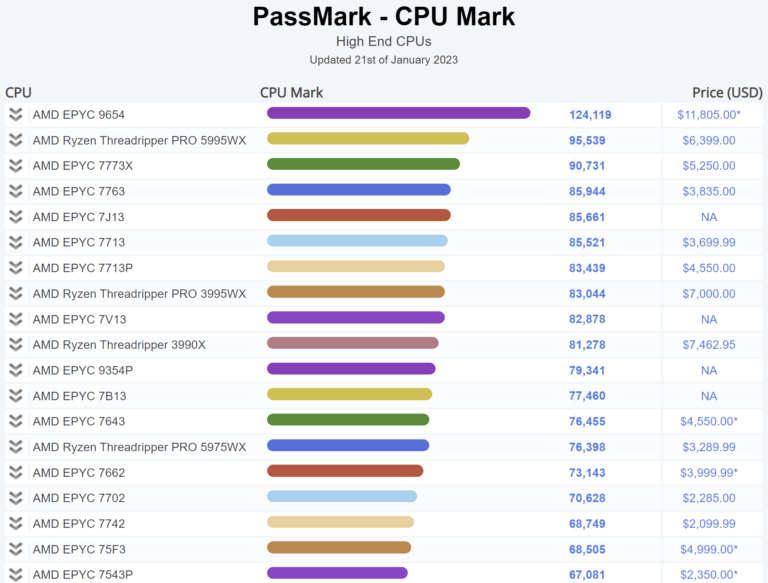 This Genoa processor was released in November of last year. It is based on updated Zen4 architecture officially delivering a 14% IPC increase over its successor. The new CPU series require an entirely new platform with a new SP5 socket and DDR5-4800 memory support.

AMD is already working on Genoa-X series which are set to launch later this year. The series will feature up to 96 Zen4 cores, and as confirmed by AMD, the size of L3 cache will exceed 1 GB. 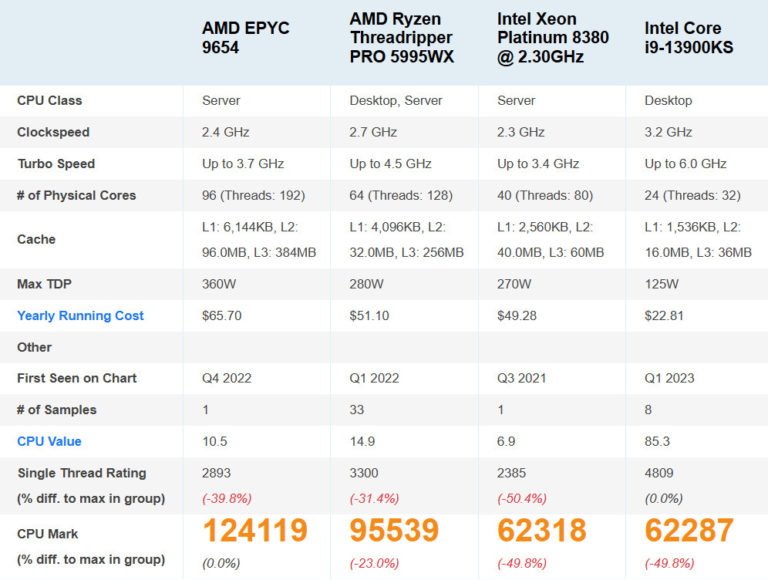