AMD FSR has just been added to Necromunda Hired Gun, a fast-paced first-person shooter. Although this game is relatively new, it already offers support for NVIDIA DLSS as well as AMD FSR, being one of the first games to do so.

By offering DLSS and FSR support there is finally a way to compare both technologies side by side to determine which technology is better. This was partially done by Back4BuckPC Gamer who compared both technologies at 4K resolution when using their best quality profiles. This part is certainly important as DLSS has always been known to do wonders at lower resolutions, it is where machine learning upscaling algorithms show their true potential, reconstructing images from much fewer pixels.

On the other hand, there is AMD FidelityFX Super Resolution (FSR) which is now confirmed to be an implementation of Lanczos resampling that preserves edges. AMD themselves confirmed this by going open source with FSR. The source code, samples, and documentation are now all available to the public.

What is important to note is that NVIDIA DLSS Quality preset upscales the output image from 1440p resolution, while AMD FSR Ultra Quality uses 1662p image. Both upscaling techniques were compared side by side by Back4BuckPC Gamer in Necromunda Hired Gun. He used 4K resolution and the best quality presets. The higher the quality the fewer pixels super-resolution algorithms need to reconstruct, thus, they are expected to perform similarly.

Overall impressions from Bang4BuckPC Gamer are that FSR is a very compelling alternative to DLSS at this resolution and at the highest quality settings. The FSR has a slight advantage in both the performance and image quality in motion. After all, this algorithm does not use motion vectors or history buffers. 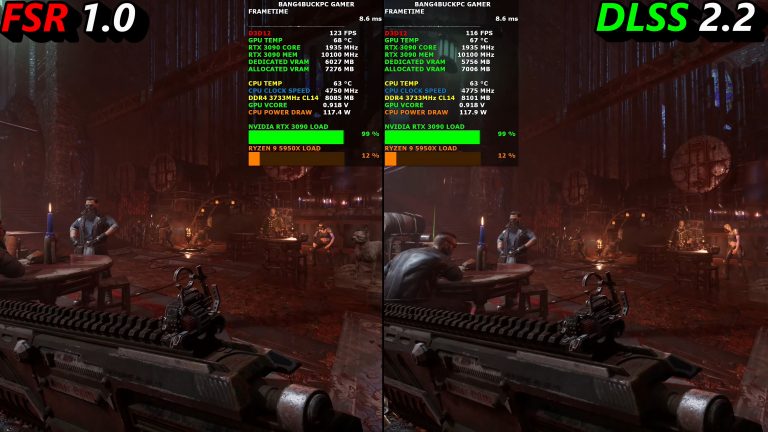 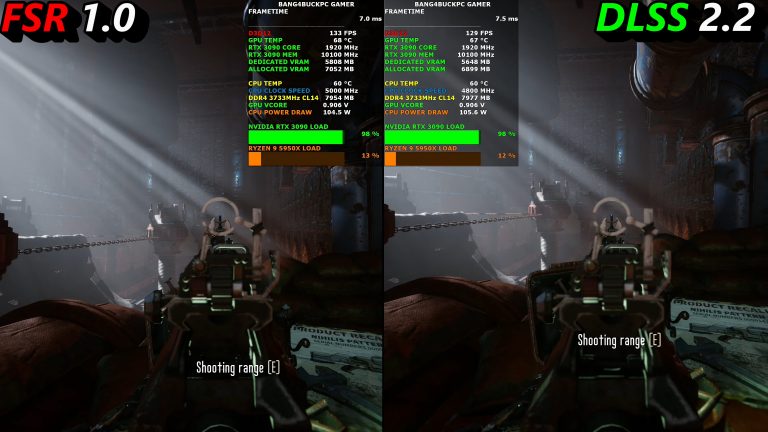 Another game that supports both technologies is Marvel’s Avengers. Screenshots showing both technologies at 1080p and 1440p resolutions were shared by @KanaSaber on Twitter. Judging from the screenshots, AMD FSR clearly has some problems reconstructing the cables supporting the bridges, while DLSS actually adds more fidelity than native 1080p. Do note that KanaSaber is using FSR Quality mode here, not Ultra Quality like in the comparison above. 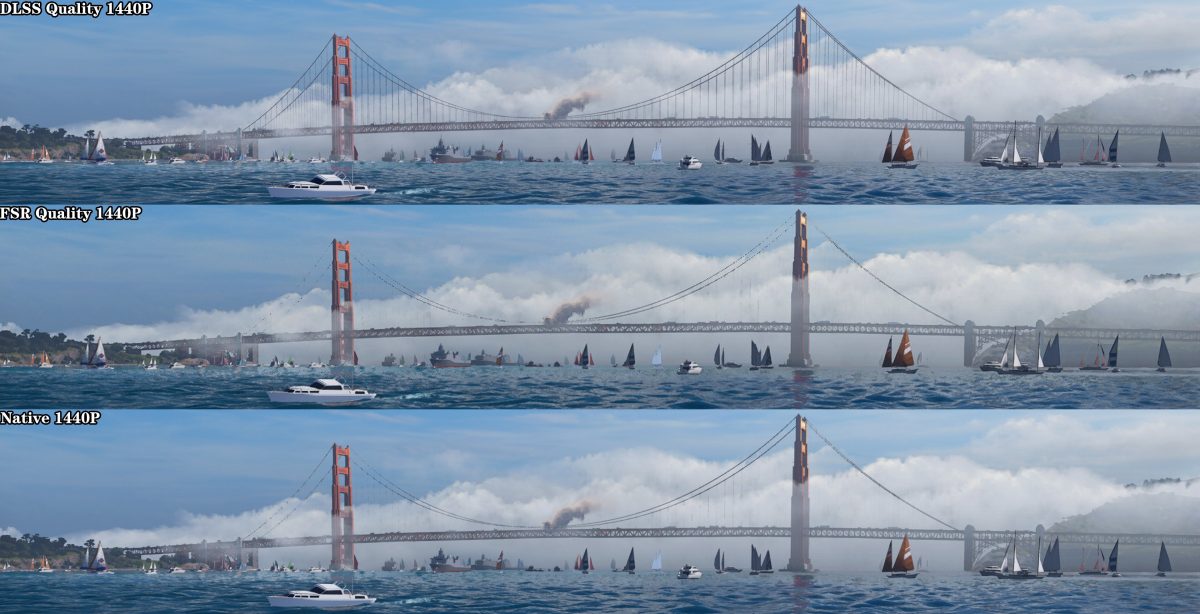 The same applies to 4K quality DLSS preset and AMD FSR Quality. The FSR is simply upscaling 1440p image here, which does a great job in comparison to native 4K quality, however, in this case, DLSS clearly adds more fidelity by reconstructing hair in greater detail. In this instance, DLSS image quality is actually better than native.