The updated Forza Horizon 5 will go live on November 8th. This patch brings some changes to the graphics options, improving the image quality by adding higher quality ray tracing through DirectX Raytracing API. The upgrade will apply to two presets: Ultra and Extreme by adding true-to-life reflection for gamers in Free Roam and Races models. This patch will also update reflections for Drivatar mode.

Higher quality ray tracing will obviously require more powerful hardware, but this issue has been solved by adding temporal upscaling tech from AMD and NVIDIA. The FSR 2 is now being added along with DLSS 2. What is interesting is that both implementations are to be the latest version, including FSR 2.2, which has not been added to any game yet. This technology is supported by all modern GPUs (from AMD, NVIDIA and Intel), while DLSS 2.4 will only work with NVIDIA RTX GPUs.

Since Forza Horizon 5 runs smoothly on all modern graphics cards already, some gamers will be pleased to know that DLSS 2.4 update will also bring DLAA. This technology that renders at higher resolution than DLSS, but adds AI-powered anti-aliasing, improving the image quality over native resolution. 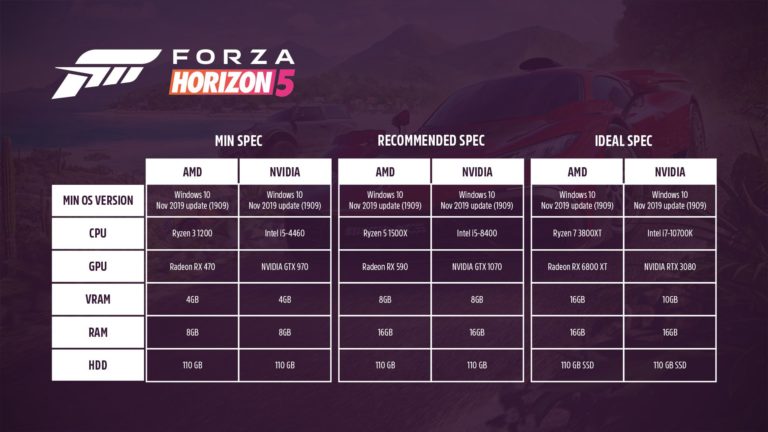 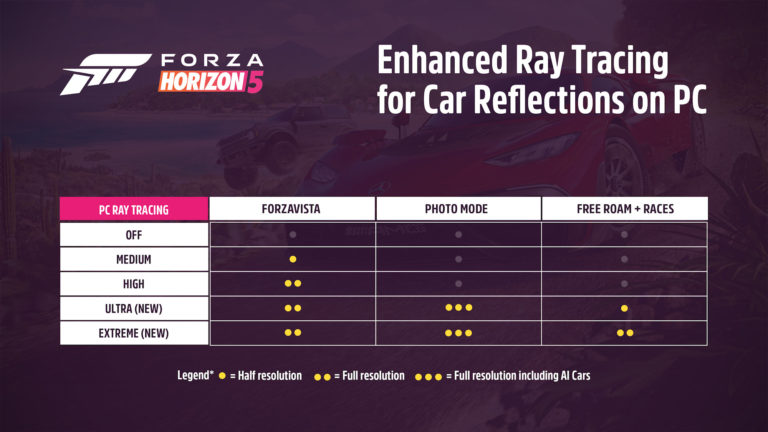 The patch goes live this Tuesday on both Microsoft Store and Steam.

Many thanks to lslandOfFew for the tip!