The modding community has delivered yet another FSR 2.0 mod.

This is not official enablement of FSR 2.0 in Dying Light 2. The developers of this zombie shooter have not yet expressed their interest into upgrading FSR 1.0 technology already available in the game to something more capable. Gamers can now choose between DLSS 2.0 or FSR 1.0.

Fortunately a new mod has just been released which adds FSR 2.0 support to the game, in a similar way to the recently covered Cyberpunk 2077 mod. The way it works is simple, it basically replaces the built-in DLSS library with FSR 2.0. That of course means that the FSR 2.0 is not optimzied for this game and issues are to be expected. For Cyberpunk that meant ghosting or random black boxes with motion blur enabled.

To be precise, the mod released by “mnxn” is actually a fork from Cyberpunk2077 mod with FSR 2.0. Both mods have similar installations steps and they both rely on DLSS, which basically means that even the game menu list DLSS instead of FSR2.

A comparison screenshot was published by Wccftech showing FSR 1.0 in Ultra Quality running at 72 FPS and FSR 2.0 in Performance mode at 85 FPS. Despite the fact that FSR 2.0 renders at much lower resolution, it still looks better and provides better performance. 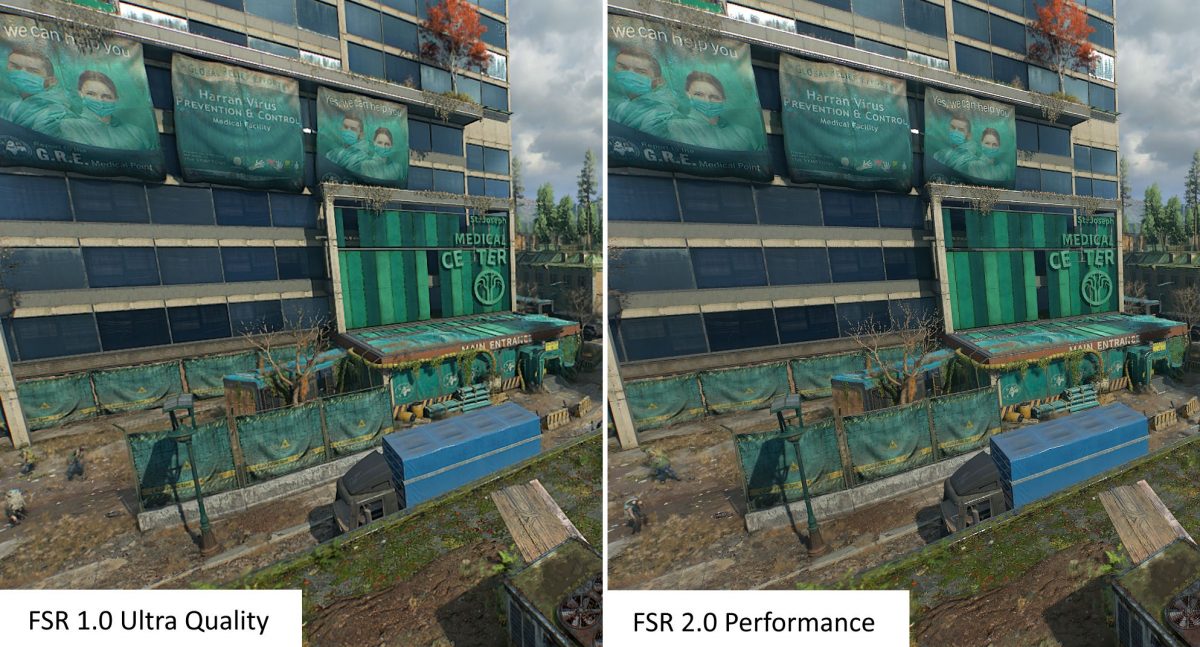 Just bear in mind that Dying Light 2 has multiplayer, which means that files may go through a validation process. The game does not reportedly have anti-cheating software, but that’s still something to be aware of when replacing game files.