As we have revealed in December last year, AMD is preparing a new small-factor motherboard with a preinstalled processor. This device would offer more options than existing 4700S Kit and support more powerful GPUs. 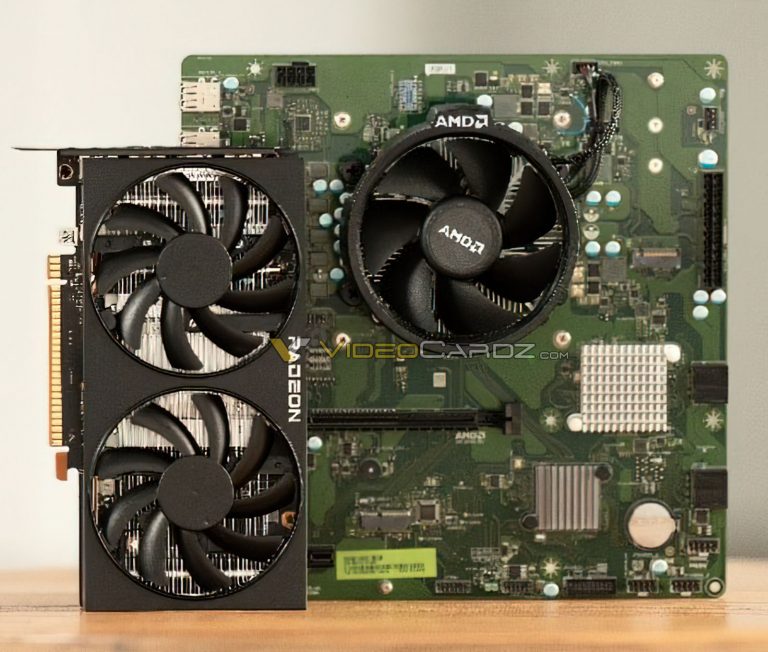 Make no mistake, AMD 4800S Desktop Kit is not a high-end spec’ed system. Along with 4700S, those products are using repurposed current-gen console chips: PS5/XBOX Series. The 4800S has not yet been confirmed to use Xbox Series X chip, nor Xbox chip for that matter. However, given what we are hearing, this is very much the case.

Yesterday, with the announcement of Radeon Super Resolution, AMD mentioned 4800S Desktop Kit in the footnotes of the blog post. This is actually the first confirmation that 4800S even exists. It says that Smart Access Memory is supported on Ryzen 3000-6000 CPU series, but also on this Desktop Kit. It would appear that 4700S does not support SAM, but 4800S (and later) will.

According to our information, the 4800S is a Micro-ATX design with support for modern-era GPUs, such as Radeon RX 6600. This is in contrast to the 4700S, which is a Mini-ITX system with support AMD Polaris or NVIDIA Pascal GPUs. Furthermore, the 4800S will have PCIe Gen4 slot, while 4700S is limited to Gen2 x2 only (the interface width of 4800S is unknown). Additionally, AMD 4800S supports AM4 coolers, has M.2 slot for storage and Wi-Fi connectivity. Those alone make it a full-fledged desktop system.

The 4800S Desktop Kit is rumored to launch in the first quarter, which means it should become available in the next two weeks.