AMD delivered on its promise to launch its resolution upscaling technology to the public.

AMD considers its FSR technology a ‘practical performance’ boost for costly rendered operations such as ray tracing, a technology that can make any low-end or high-end GPU sweat, but only as long as it is supported.

Unlike NVIDIA who decided to keep its DLSS technology closed, AMD decided to make its technology available to as many developers and gamers as possible by going open source. The code is meant to be easy to integrate, the code is open and it should be supported with as many devices as possible. AMD provided samples for various graphics APIs such as DirectX 12 or Vulkan, but promises that compile shaders are DirectX 11 compatible too.

AMD FSR does not depend on motion vector or history buffers like DLSS, which means that Tensor core boost is not necessary. This does not mean AMD FSR will never benefit from temporal data as DLSS does, but the first iteration of FSR is clearly focusing on simplicity and quick market adoption to catch up with DLSS. 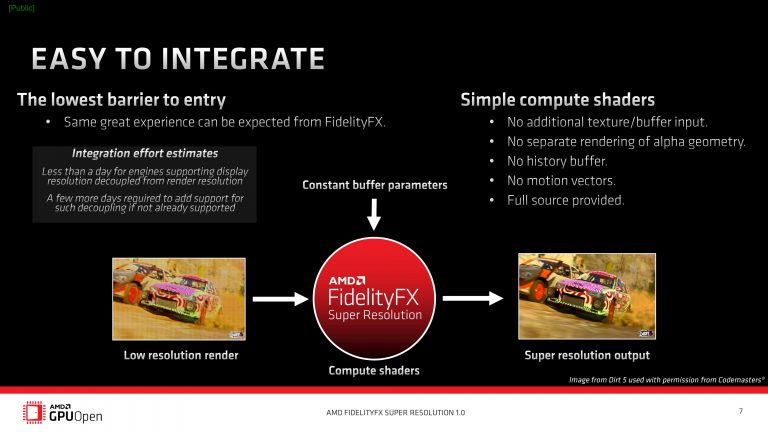 The documentation lists all available FSR presets with detailed descriptions and corresponding scale factors and input/output resolutions. The company promised minimal driver overhead with FSR enabled no matter the resolution. However, the overhead will depend on the GPU: 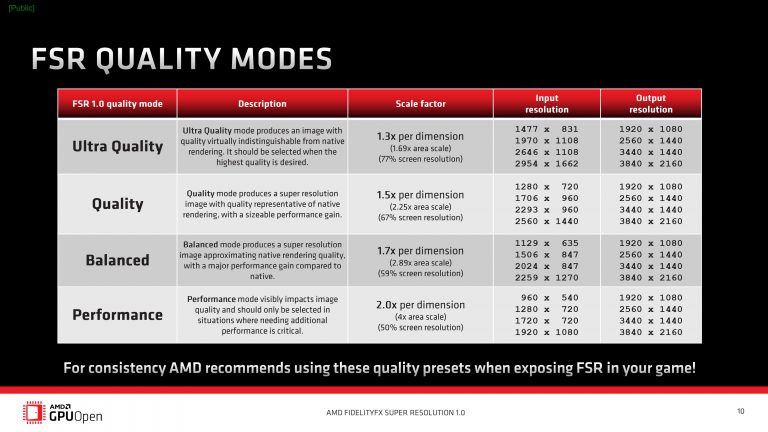 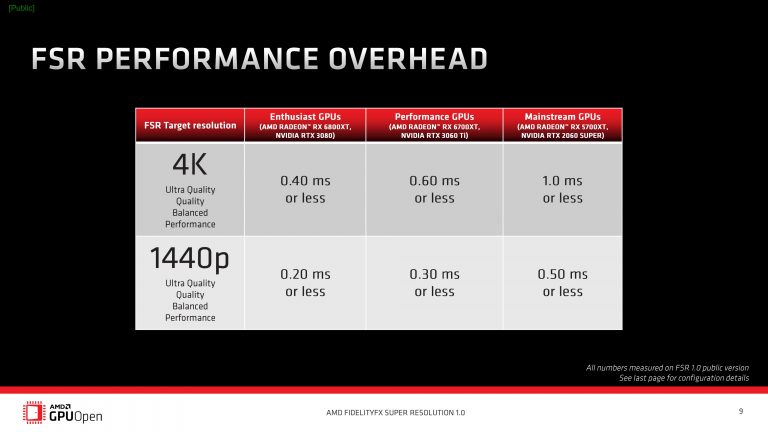 It is revealed that FSR 1.0 has a fallback for older graphics cards (pre-Vega GPUs). The upscaling algorithm is calculated using half-precision FP16 computations, but a single-precision FP32 fallback is enabled for Radeon RX 500 and RX 400 series as well as for GeForce 900 series: 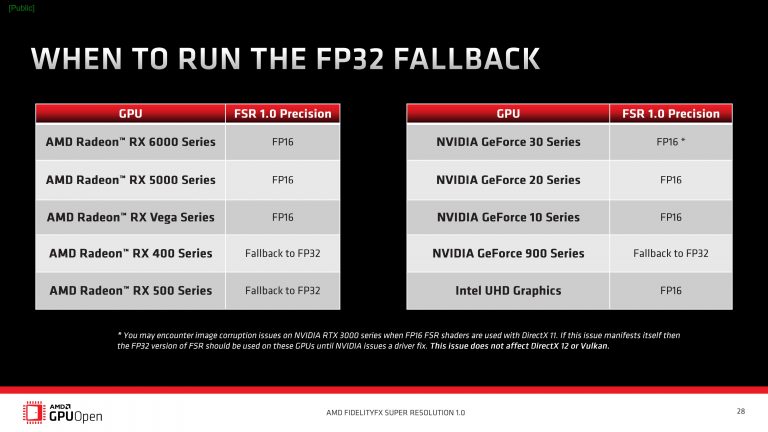 Furthermore, the Unity game engine will receive support for FSR in the upcoming 2021.2b release soon. 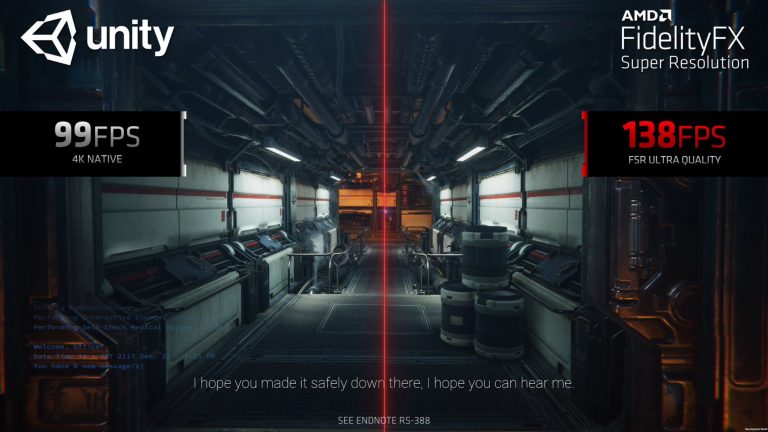