AMD demonstrated its super-resolution technology in Godfall, a game that already heavily depends on AMD technology.

The FSR will officially be supported by all Radeon RX graphics cards, including RX Vega, RX 500, RX 5000 and RX 6000 series. In fact, AMD will enable FSR support even on Ryzen APUs and even competitors’ products.

According to AMD, FidelityFX Super Resolution is a spatial upscaling technique, which generates a “super resolution” image from every input frame. In other words, it does not rely on history buffers or motion vectors. Neither does it require any per-game training. 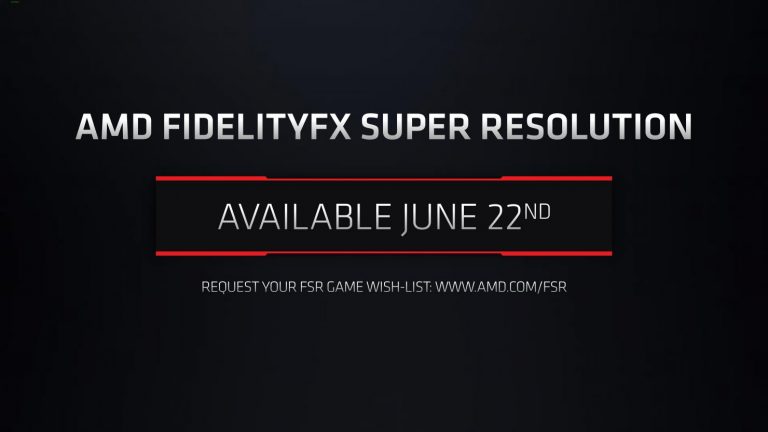 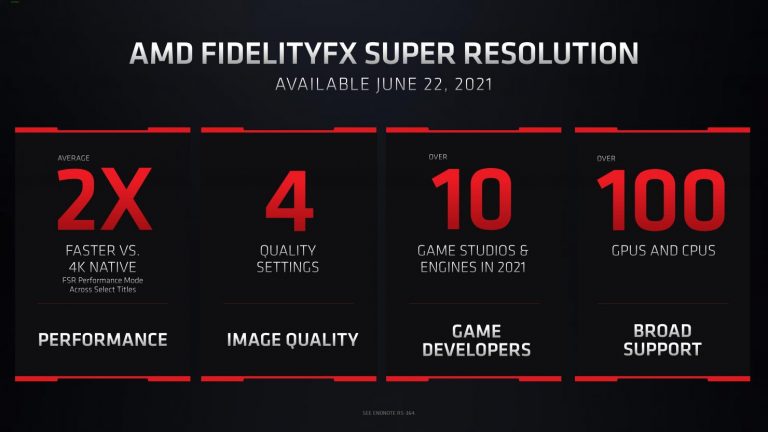 AMD FSR will work on various performance settings, which is a similar approach to NVIDIA DLSS, the main competition for FSR. In Godfall, FSR can increase performance to the following levels:

This means that the graphics card running in performance mode will be 300% faster than the native 4K resolution. Of course, this is a marginal example and other games will likely see other results. AMD even showcased FSR working on GeForce GTX 1060 graphics card, delivering up to 41% performance improvement. Overall, users should expect up to 2X improvement in select titles at 4K. 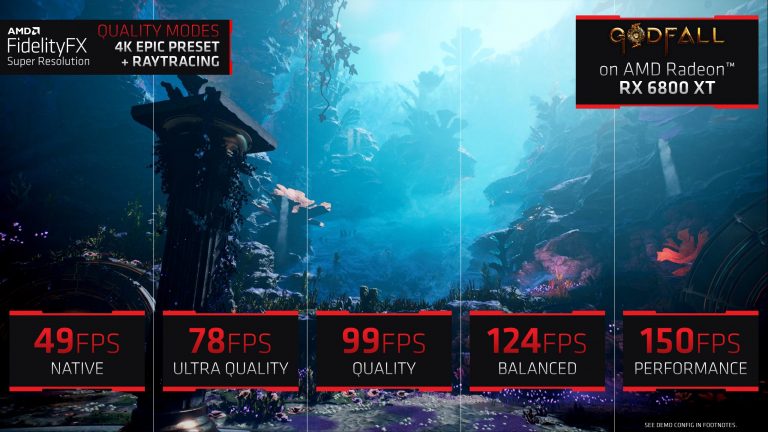 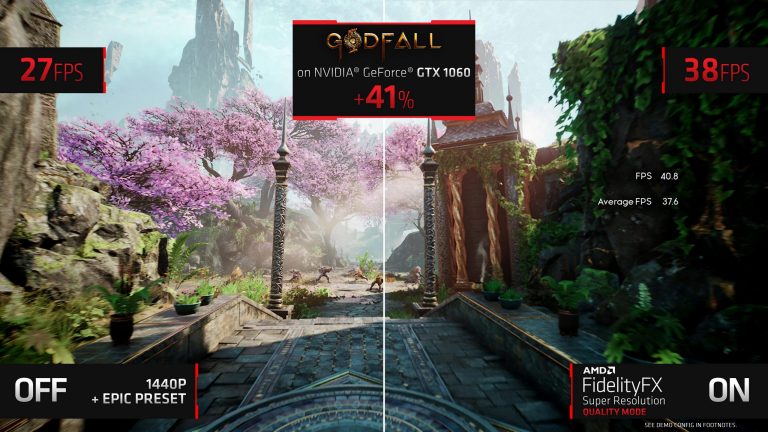 FSR is not limited to the latest GPU architectures only! It runs on a large variety of GPUs.
Wide API support for DirectX®12, Vulkan®, and DirectX®11!
Once released, FSR can be ported onto multiple platforms without restriction.

In due course, FSR 1.0 will be provided here on GPUOpen under the MIT license.

The same great experience that you expect from AMD FidelityFX, with a low barrier of entry.
Full shader source code provided for a smooth and flexible integration.
Fixed and arbitrary scaling supported.

FSR is hand-optimized for fast performance across a wide variety of GPUs.

Today was only a tease of the upcoming technology. AMD is to unveil more details on June 22nd, which is expected to be the launch date. In the meantime, AMD has reached out to the community asking which games should receive FSR support first.