AMD released a short statement to clarify that Radeon RX 400 cards based on Polaris 10 will also support FSR.

During Computex Keynote, Scott Herkelman revealed Radeon’s most anticipated technology FidelityFX Super Resolution (FSR) will be supported on Radeon RX 6000, RX 5000, RX 500, and RX Vega graphics. It will also be supported by AMD APUs which are based on Vega graphics. Computex’s announcement left people wondering why Radeon RX 400 series were excluded from this list, after all, RX 480/470 essentially use the same Polaris GPUs as RX 500 series. AMD was quick to provide an update on this matter, the RX 400 series (RX480 and RX470) will, in fact, support FSR:

I just wanted to pass on the news that we are updating the list of compatible AMD graphics for FidelityFX Super Resolution (FSR) to include Radeon RX 470 and RX 480.

We expect the website to be updated with this information sometime soon and we wanted to make sure you were aware.

Looking forward to having you all try FSR out on the 22nd. ✌️

This statement did not confirm, however, whether FSR is coming to RX 560/RX 550 models as well. Things might get interesting once the code becomes available to developers. The technology will be supported by all DirectX 12/11 and Vulkan capable GPUs, this should include modern Intel integrated graphics as well as entry-level GPUs from NVIDIA, should both manufacturers be interested in FSR’s optimization.

The discussion on AMD FSR is ongoing. Some editors raise concerns that FSR will not live to the hype it generated over the past few months. While official videos and images do show that there is visibly lower image quality with FSR enabled we do not know how will FSR work within each game engine, each GPU architecture, and with combination AMD’s own image improving techniques such as Radeon Image Sharpening. 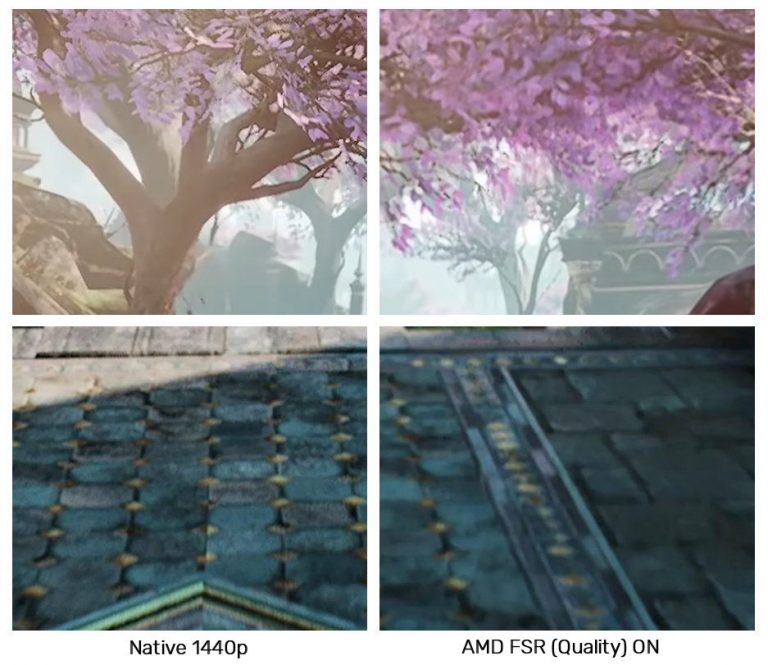 AMD has recently partnered up with Epic to optimize their GPUs for Unreal Engine 5’s Temporal Super Resolution, which so far is showing great results on static images, but loses quality in movement. The FSR does not use motion vectors unlike NVIDIA DLSS 2.0. Neither FSR nor TSR uses algorithms enriched through neural network training. However, there are still other technologies such as Radeon Boost, which is dynamically adjusting resolution during movement, or Sapphire’s Trixx Boost, which basically creates a custom resolution and optionally improves image with AMD sharpening filters. What does appear certain is that reviewers will have a lot of work comparing all these techniques… with all supported GPUs.