AMD FidelityFX Super Resolution 2.0 to launch on May 12 with Deathloop, 10 more games planned

AMD has confirmed which games will be adding FSR 2.0 in near future.

AMD FSR 2.0 enablement will begin with a game from Akane Studios, Deathloop, which is to receive an update on May 12th. This would therefore be the official launch date of FSR 2.0 technology.

The company has already provided a lot of details on its FSR 2.0 technology in late March. This included a confirmation that FSR2 will require more powerful hardware, such as AMD Polaris or NVIDIA Pascal. This of course also means is that FSR 2.0 will work on NVIDIA GPUs.

AMD has said that FSR2.0 will require at least 3 days to implement for games that already support NVIDIA DLSS technology. The competing upscaling technique is supported by more than 150 titles.

The next-generation of the widely adopted AMD open-source, cross-platform upscaling technology, FSR 2.0 helps boost framerates in supported games by using previous frame data to provide similar or better than native image quality at all resolutions. It supports a wide range of graphics products and platforms, including AMD and select competitor solutions, without requiring dedicated machine learning hardware. The first game to add support for AMD FSR 2.0 is DEATHLOOP by Arkane Studios and Bethesda, which is expected to be available via an update on May 12, 2022. Additional games planning to add support for the technology in the coming months include Asterigos, Delysium, EVE Online, Farming Simulator 22, Forspoken, Grounded, Microsoft Flight Simulator, NiShuiHan, Perfect World Remake, Swordsman Remake, and Unknown 9: Awakening.

The initial list of 11 games will undoubtedly be expanded soon. The FSR 1.0 enablement has been relatively quick, and how includes as many as 80 titles. AMD super-resolution technology is open source and easy to implement and has seen use in various emulators, unofficial gamers and software that is not included into this number. 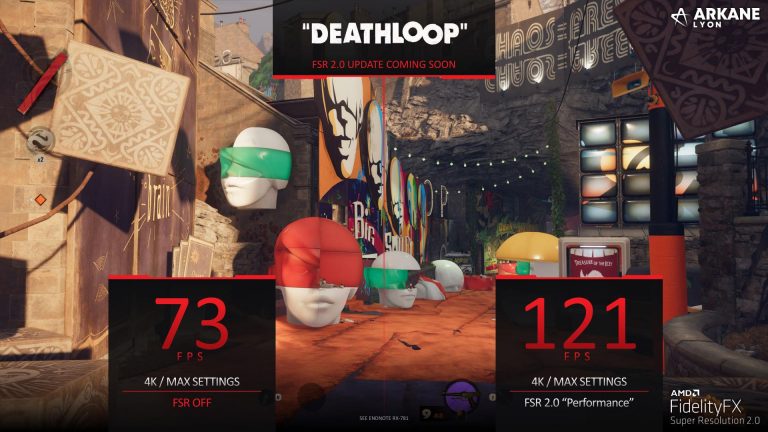 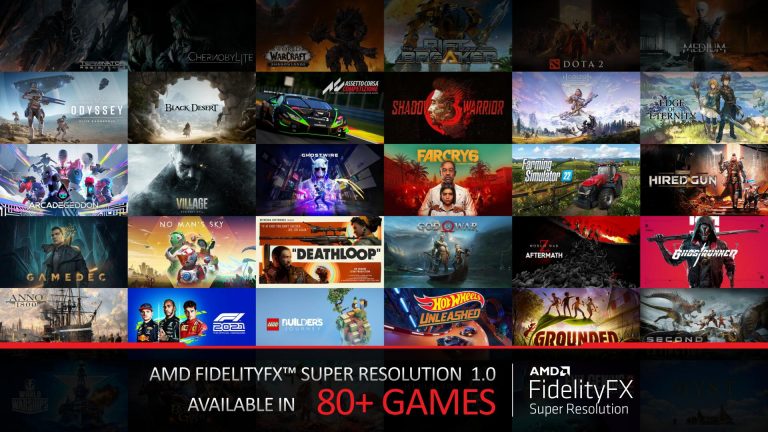