AMD EPYC Genoa CPUs have been tested in Geekbench

Two EPYC processors featuring a total of 192 cores and 384 threads have been spotted alongside Suma 65GA24 motherboard. This leak does not precisely reveal which EPYC CPU has tested, but the OPN code of 100-000000997-01 is listed, which we can use later to pinpoint the exact model.

What we do know is that only one AMD architecture now features 96-cores and that’s EPYC Genoa based on Zen4. Both CPUs reportedly ran at 3.51 GHz clock speed. Furthermore, the system was using 755.54 GB of DDR5 memory, which undoubtedly gave Genoa system a small boost in leaked Geekbench V5 CPU tests on Linux. 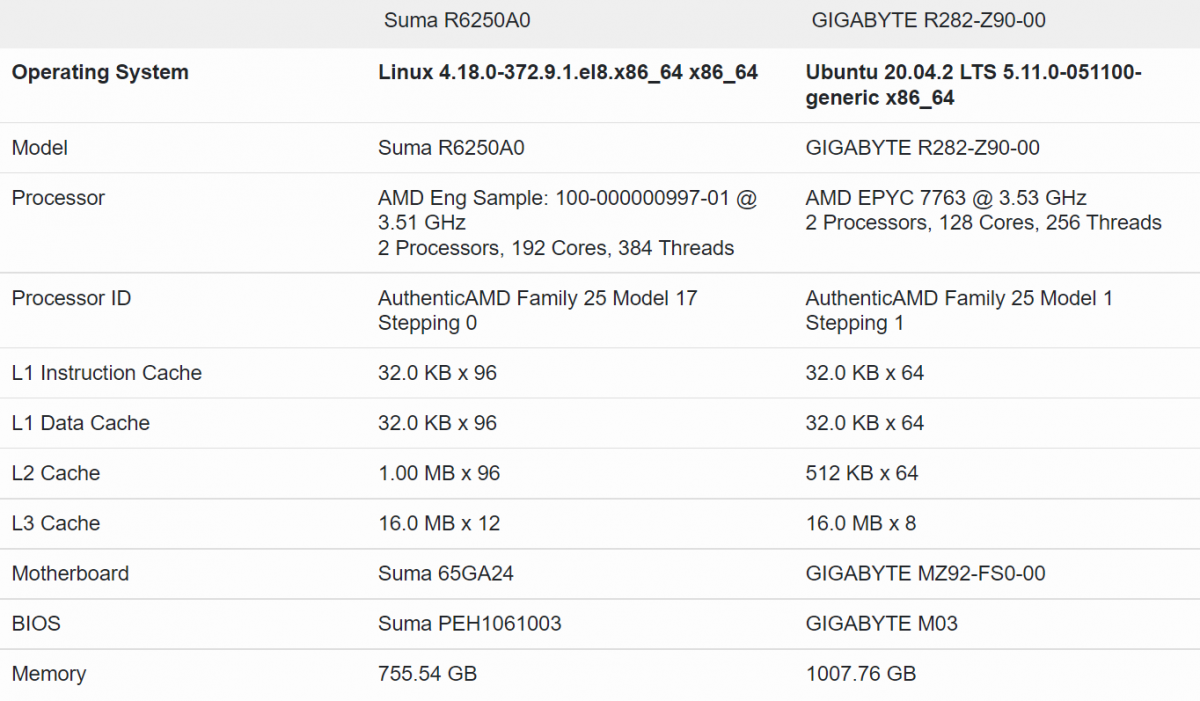 One simply should compare such a system to random EPYC Milan (Zen3) system because dual-socket platform was used. Wccftech managed to find a such a with the flagship EPYC 7763 SKU, featuring a total of 128 cores and similar 3.53 GHz clock speed. In this case, Genoa was 17% faster in the single-core test and 28% faster in multicore tests.

Assuming that previous leaks were right, we are probably looking at EPYC 9664 test results (not 9654P, which is designed for single-socket). This is the 96-core SKU with TDP up to 400W.