In a video posted on YouTube, the leaker shared two roadmaps for the EPYC 7004 and 7005 series. The slides posted mention a new type of socket called SP6. Assuming that the slides are legit, it would appear that SP6 socket would support fewer CXL lanes and 6-channel memory, whereas the SP5 would be for more powerful configurations. 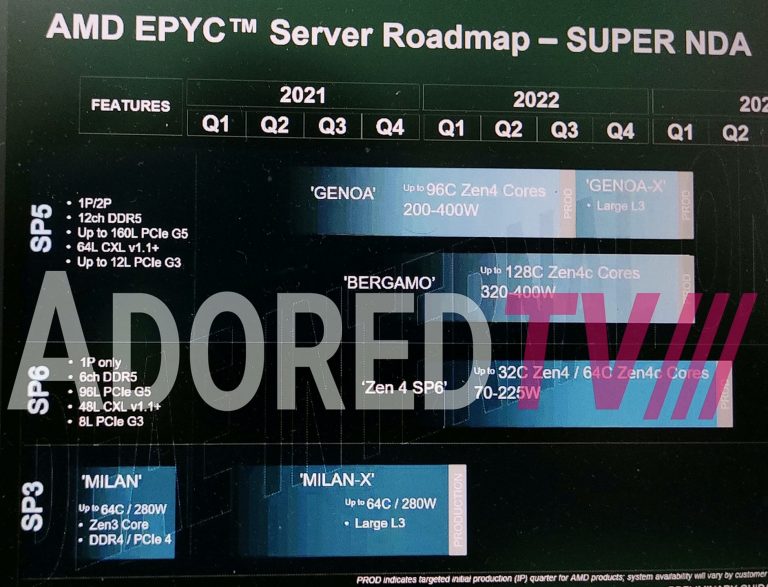 This is the first ‘leak’ on Genoa-X, which has been rumored before. The roadmap suggest that Genoa-X’s production would start in late Q3 2023, and it would act as a stop gap between Turin. Genoa-X would be a successor to Milan-X, which is AMD’s first data-center CPU architecture with innovative 3D V-Cache. 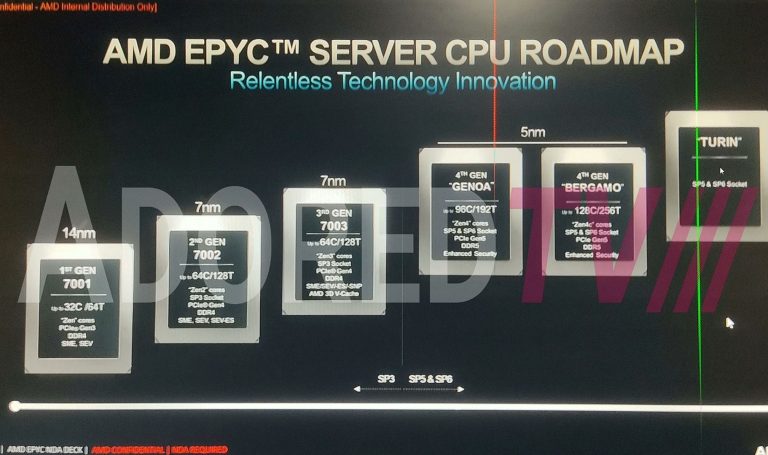 The SP6 socket is also listed for Genoa-X as a Density & Performance per Watt optimized platform. A single socket installations with fewer PCIe Gen5 and CXL lanes would power telecommunications and edge systems that do not require so much power. 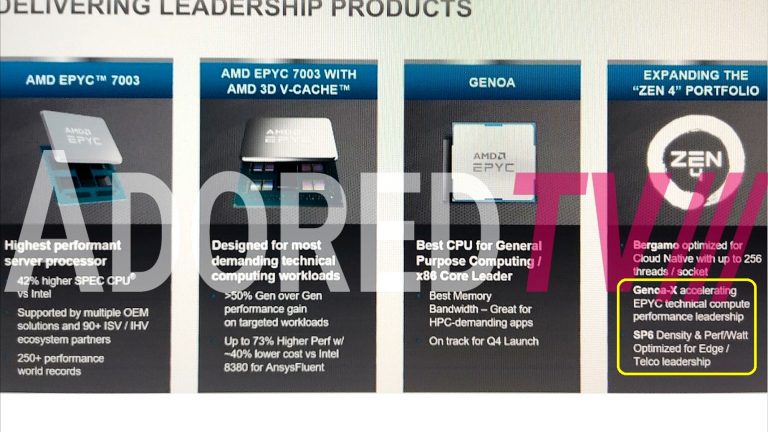