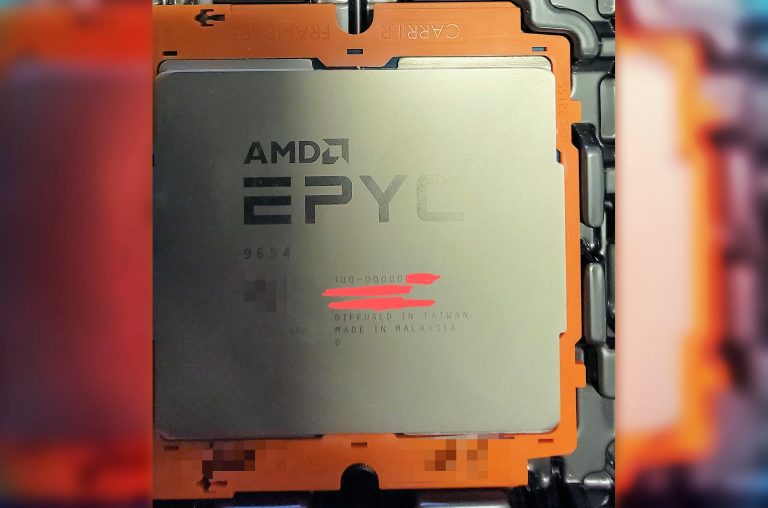 All AMD Zen4 CPUs might launch very close to each other. The 4th Gen EPYC series codenamed “Genoa” are now ready for launch, reports YuuKi. He provided the first photograph of the new EPYC 9654 CPU, which is the 96-core variant with up to 360W TDP.

This chip is now available in a retail version to OEMs, and it looks like it was pictured on a tray, indicating a shipment of more than one CPU. What is clear is that the delivery of AMD Genoa CPUs is ongoing as planned and AMD is on track for official launch later this year.

It should be released with Ryzen 7000 … pic.twitter.com/20QffKXQkh

This EPYC CPU has 96 cores and 192 threads, 50% more than 3rd Gen EPYC “Milan” with Zen3 core. AMD’s Zen4 based data-center CPUs will require an entirely new platform with SP5 socket. It will support DDR5 memory as well as PCIe Gen5 and CXL interfaces. AMD Genoa was to compete with Intel Sapphire Rapids processors, however, the competitor is facing delays which may lead to AMD’s domination in this market in the next few months at least.

AMD is rumored to be working on a EPYC 9664 96-core CPU as well. This variant would allegedly have increased TDP to 400W and higher clocks. The 9654 is thus far the fastest model that has been pictured in a final production version though.