We have official specifications and pricing for the new EPYC server CPUs.

Later today AMD will officially introduce its EPYC 7003 CPU series featuring Zen3 architecture. The new lineup codenamed “Milan” will not offer more cores over its predecessor based on Zen2 architecture codenamed “Rome”, but it will provide higher frequencies across the stack.

What has not changed is the maximum TDP of 280W for high-end EPYC CPUs. The 7003 series will also support quad-channel DDR4-3200 memory and offer up to 256MB of L3 Cache. The series will also have 128 PCI Gen4 lanes. Those specifications have not changed compared to “Rome”. 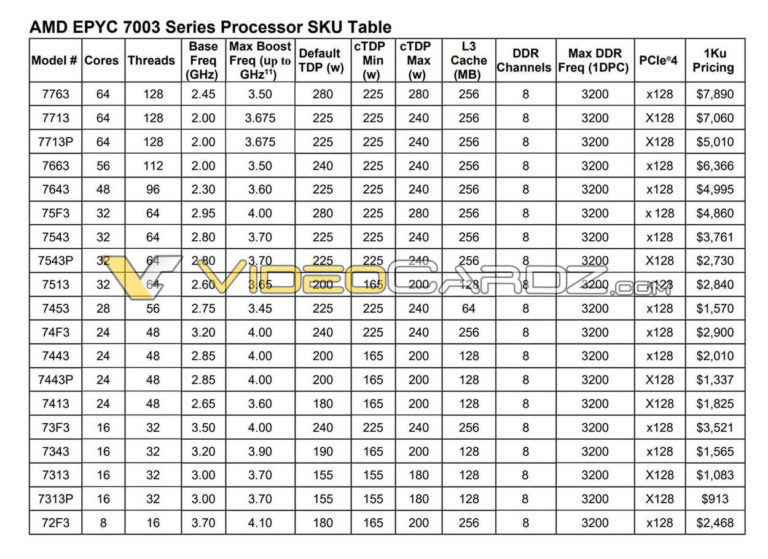 The launch will be accessible on the 3rd Gen AMD EPYC launch site starting at 8 a.m. PT/11 a.m. ET. A replay of the webcast can be accessed after the conclusion of the live stream event and will be available for one year after the event.