AMD is paving the way for its technology to become mainstream on gaming consoles. Starting with Xbox Series S and X, which are both powered by AMD Zen2 processors and RDNA2 graphics, developers will now be able to use AMD’s open-source collection of FidelityFX technologies, such as Image Sharpening, Variable Shading or ray traced shadow Denoiser.

Starting from today, AMD FidelityFX is now available in the latest Xbox Series X|S Game Development Kit (GDK). This kit will provide developers more flexibility in adding features that are already available on the PCs, where FidelityFX was originally introduced. It is also the first step before introducing AMD’s Super Resolution technology. The FSR will also be part of the FidelityFX collection. AMD had already confirmed that their plans are to deliver FSR cross-platform, which means that both PC and Xbox gamers should benefit from visual enhancing and performance improving FidelityFX technologies at the same time, once they become available.

For gamers, AMD FidelityFX coming to Xbox Series X|S means that future Xbox games will be able to benefit from all the platform-specific optimizations and incredible visuals that FidelityFX already helps deliver on PC games.

Unfortunately, it is unclear if AMD has plans to introduce FidelityFX to the PlayStation ecosystem. 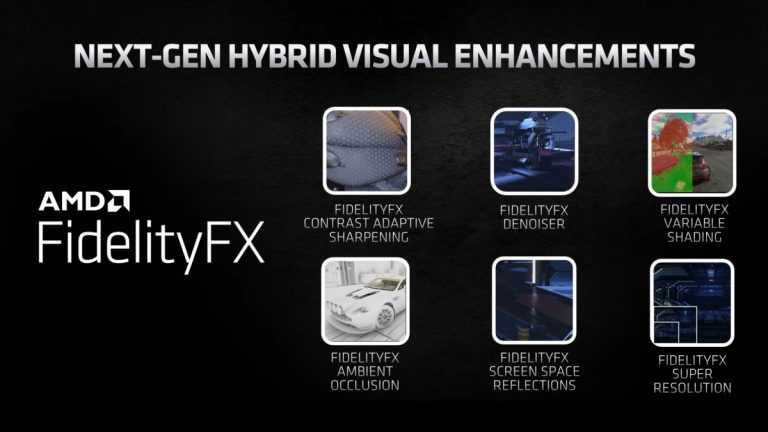