AMD marketing machine is certainly not slowing down after the big announcement. Today the manufacturer published gaming benchmarks on an easy to use website with direct comparison to its competitor.

All cards were tested on the same platform, which is featuring AMD’s ‘Zen3’ Ryzen 9 5900X CPU. The platform has Smart Access Memory technology enabled through BIOS with ‘1-click overclocking’ Rage Mode not enabled. We are not yet sure how both technologies really affect performance in relation to Intel systems. Reviewers will definitely be focusing on this aspect next month when RDNA2 GPUs will be released.

The charts posted on the AMD website only show framerate when the mouse is hovering over the graphs. A Redditor u/Rafe-Q took the time to read all the data and create an easy to read comparsion, which we turned into this cummulative chart:

Another summary was generated by @harukaze5719: 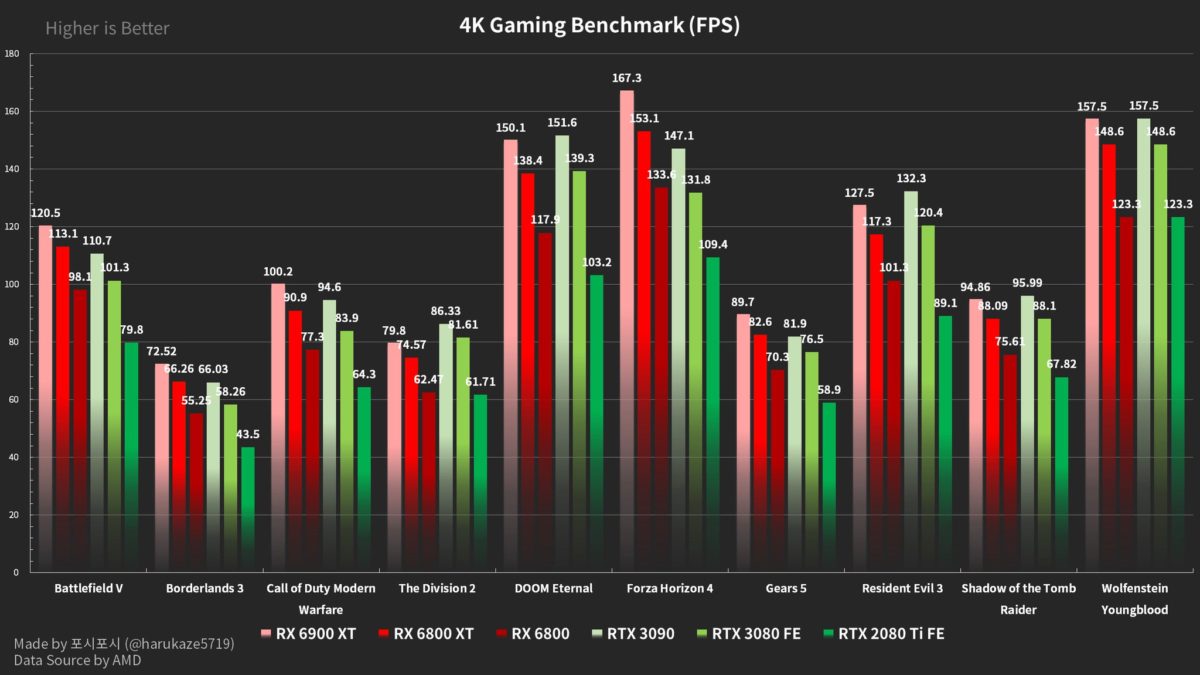 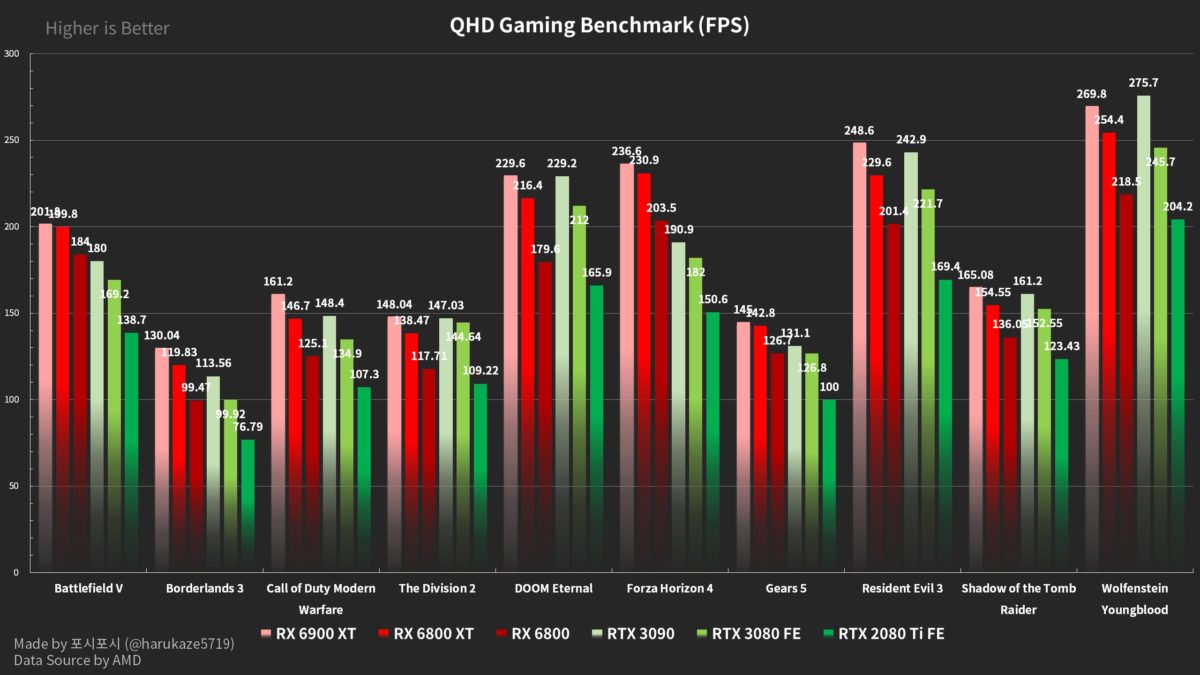