AMD Ryzen 5000 are the next-generation series based on Zen3 architecture. AMD has so far not confirmed what changes are coming to the Zen architecture with the third iteration, but the title of the upcoming announcement on YouTube does seem to suggest AMD will be focusing on gaming performance – Intel’s last bastion.

The most interesting part of the launch is a naming change to the 5000 series. This is actually not a new rumor, we reported about this possibility back in August. By skipping to 5000 series, AMD will unify the naming of its Zen3 processors. The next-generation desktop and mobile series should now feature the same core architecture.

The announcement will take place exactly 10 hours from now. 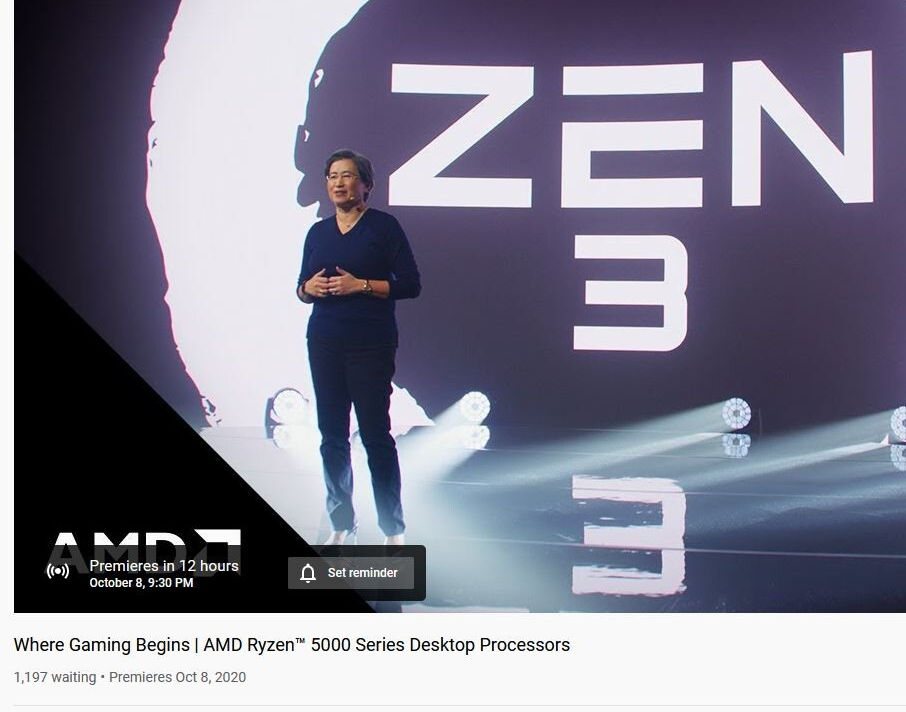 AMD has since then changed the title of the stream to “Where Gaming Begins | AMD Ryzen™ Desktop Processors”.