The SATA-IO website already lists the upcoming Threadripper PRO 5000 series, which are likely to be announced next year. The filing confirms that the next-gen AMD HEDT platform will indeed be called the PRO 5000 WX series, but sadly there is no sign of the non-PRO variants.

The certification confirms that Threadripper PRO 5000 CPUs are compliant with SATA 3GB and 6GB interfaces. It is required for AMD to officially declare conformity with the standard. In this case, however, the company also unintentionally confirmed the naming of the upcoming HEDT series. 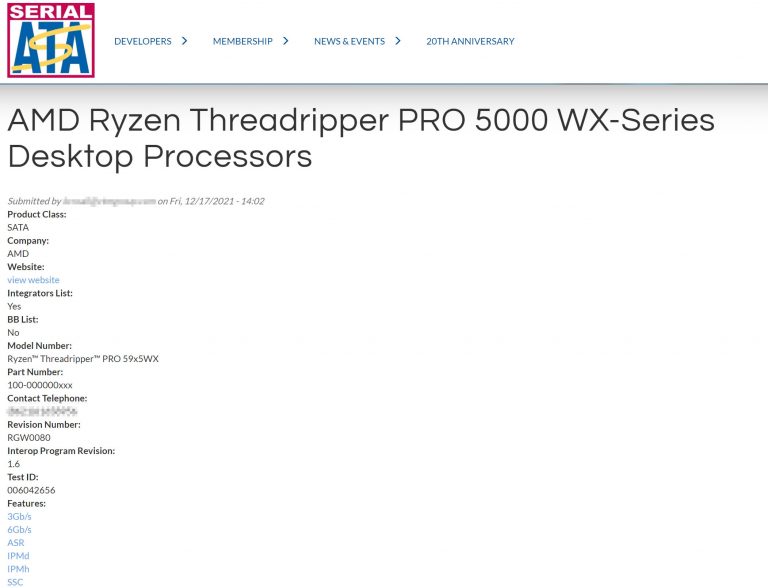 According to the latest information, Zen3 based Threadripper series is set to debut on March 8, 2022. It is very likely that the new HEDT series will be announced during the AMD press conference on January 4th during CES 2022, however, it should be noted that the Threadripper PRO series is not targeted at typical consumers, but rather professionals looking for high-performance workstations.