Just two days ago AMD’s Robert Hallock mentioned that the 170W value shown during the keynote was PPT (package power tracing), which is maximum power for the socket. Such value is already higher than AM4’s 142W, so the performance boost was to be expected regardless of AMD descriptions, however the new statement sent to Tom’s Hardware means that the power actually be even higher.

The 170W spec shown during the keynote was in fact TDP, not PPT. Therefore, the actual PPT value will go up to 229.5W:

This new TDP group will enable considerably more compute performance for high core count CPUs in heavy compute workloads, which will sit alongside the 65W and 105W TDP groups that Ryzen is known for today. AMD takes great pride in providing the enthusiast community with transparent and forthright product capabilities, and we want to take this opportunity to apologize for our error and any subsequent confusion we may have caused on this topic.”

One could have guessed that 170W just a top spec for AM5 socket, that may or may not be used by Ryzen 7000 series, but Robert Hallock already confirmed today that Ryzen 7000 series will feature such SKU.

That said, the new 230W socket power will be almost as high as Intel’s LGA1200-based Core i9-12900K which has 241W PL2/Maximum Turbo Power. One should note that this 170W TDP value was already mentioned by MSI, even though AMD until now did not confirm that this is TDP. Meanwhile, AMD’s own slides only mentioned ‘native support for up to 170W’. 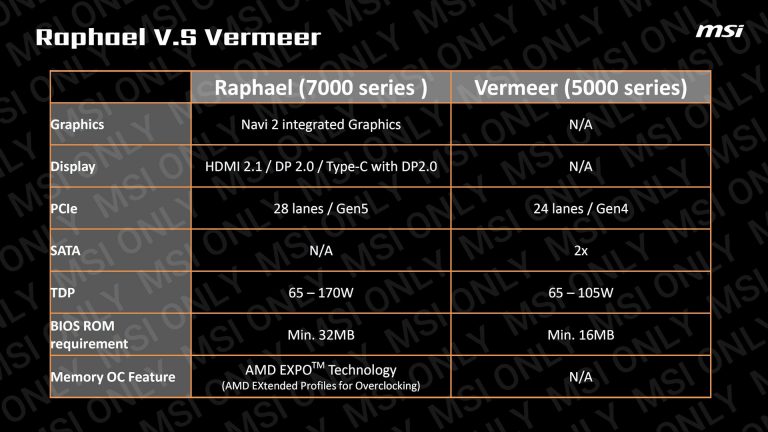 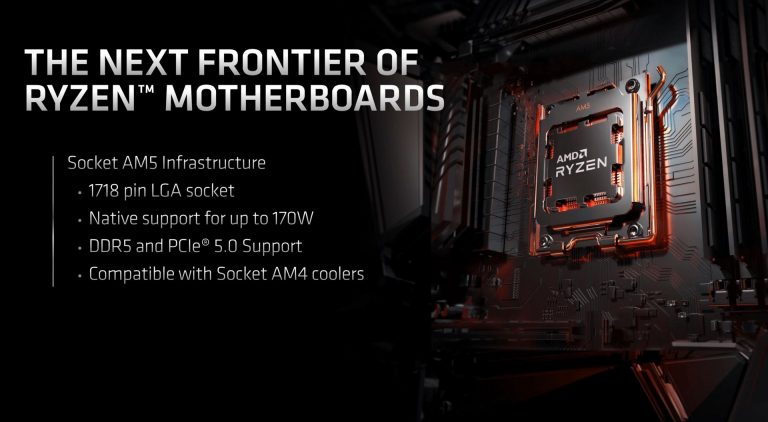 The PPT value of 230W means that 88W higher power will now be available to AMD Ryzen CPUs on AM5 socket. Hallock previously explained that higher socket power was to improve Ryzen CPU all-core boost frequency.