The cat is now out of the bag, the upcoming Ryzen 7000 SKUs have now been confirmed by … AMD. The company has tagged seemingly unrelated Ryzen marketing resource file for Ryzen PRO CPU with four Ryzen 7000 CPUs:

Those are the only Ryzen 7000 CPUs listed in the library, and there is no sign of the Ryzen 7 7800X or Ryzen 3 7000 series yet. Those assets should probably be embargoed, however, they are visible even without any requirement for login. 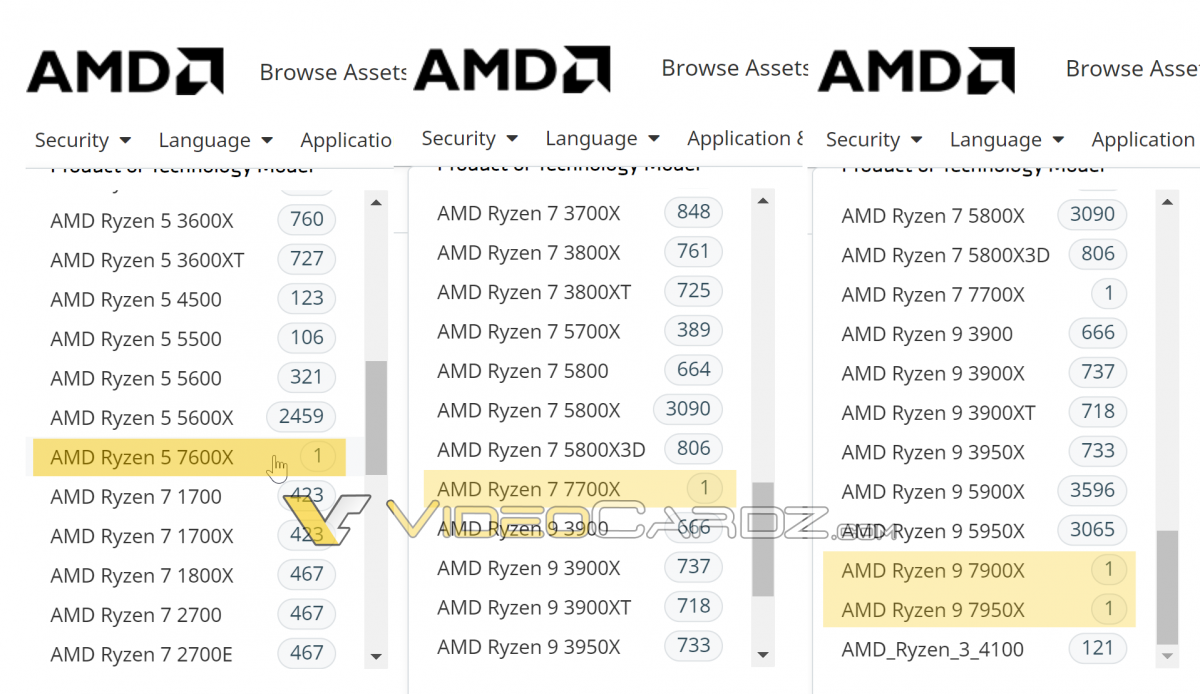 According to previous rumors, Ryzen 7 7700X was not to be included into the first wave of Raphael CPUs. This leak might suggest otherwise. Unfortunately besides the SKUs names, AMD has not provided any additional information on these desktop CPU models. It is expected that Ryzen 7000 might debut mid-September, however AMD is yet to confirm this date.