AMD will reveal the next Radeon RX 6000 graphics card on March 3rd.

The manufacturer has not confirmed which or how many graphics cards will be shown, but the leaks on Radeon RX 6700 series have been floating around the web ever since RDNA2 architecture was announced.

AMD has not revealed its Navi 22 GPU yet. That’s despite its specifications being widely available ever since the macOS leak happened. Thus, at this point, it is common knowledge that the GPU features 40 Compute Units and up to 2560 Stream Processors.

What went unnoticed is that AMD mistakenly named the file “navi-22-gif-variation-3.mp4”, essentially confirming the GPU processor for the graphics card. The name of the teaser video was discovered by Benchmark.pl editor Paweł Maziarz. AMD quickly noticed the mistake and has since changed the name to less obvious “700302-radeon-2-fan-cooler-design”: 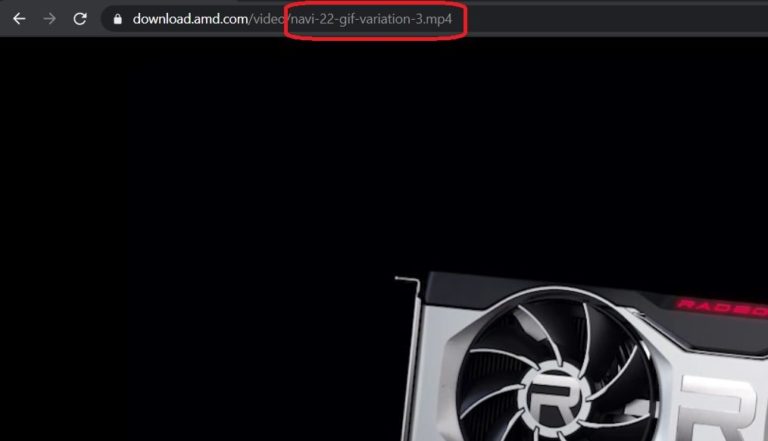 AMD will officially reveal RX 6700 XT on March 3rd with availability expected around mid-March. No information is available on possible pricing and availability.