Tom’s Hardware published an article after interviewing Sam Naffziger from AMD (Senior VP). This person has been with AMD for many years and has been responsible for many designs. He was also part of the AMD team behind chiplet architecture, which is one of the main topics for of the original article.

“The demand for gaming and compute performance is, if anything, just accelerating, and at the same time, the underlying process technology is slowing down pretty dramatically — and the improvement rate. So the power levels are just going to keep going up. Now, we’ve got a multi-year roadmap of very significant efficiency improvements to offset that curve, but the trend is there.” […]

“Performance is king, but even if our designs are more power-efficient, that doesn’t mean you don’t push power levels up if the competition is doing the same thing. It’s just that they’ll have to push them a lot higher than we will.”

Naffziger points out that AMD will have to push power consumption higher as a result of competitors doing the same thing, although at a smaller level. NVIDIA has been long rumored to significantly be increasing power targets for its upcoming Ada Lovelace (RTX 40) series. AMD RDNA3 (RX 7000) graphics cards should also see an increase of power. 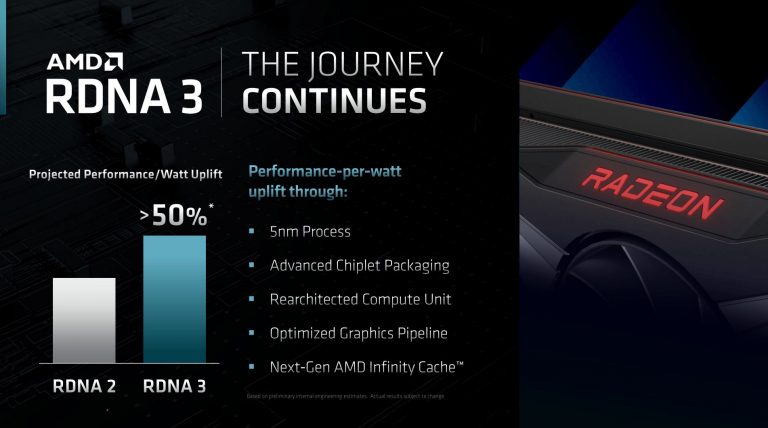 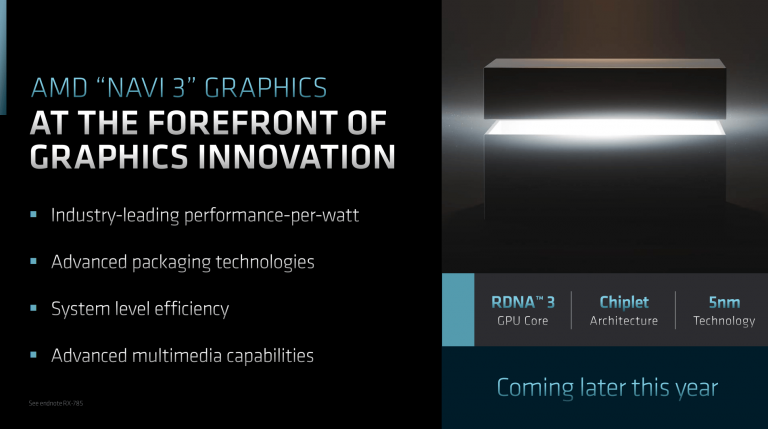 What AMD did not confirm yet is whether they are planning to use the new PCIe Gen5 16-pin power connector (offering up to 600W). In case of desktop GPUs with traditional 8-pin power connectors, any card with 400W TDP/TBP would require three cables of this type. AMD current RDNA2 reference designs are locked to dual 8-pin connectors, while most high-end custom solutions already require three cables.

AMD Radeon 7000 series are now set to launch ‘later this year’. This 5nm RDNA3 architecture will be AMD’s first to introduce chiplet designs to the consumer GPU market.