AMD AM4 socket is not going anywhere yet

AMD next-gen AM5 platform might have just been unveiled at Computex, but AMD is not saying goodbye to AM4 just yet.

The AM4 socket has been a great success for AMD and consumers, especially those on the first gen 300-series motherboards, which have just recently received support for the latest Ryzen 7 5800X3D processor. Although reluctant at first, AMD now supports its latest Zen3 Vermeer CPUs on many old AM4 series motherboards.

During its 5-year history, the AM4 added support for 5 architectures, 4 process nodes and 125 processor SKUs. AMD board partners have made as many as 500 different boards designs, the company confirmed today.

At Computex keynote AMD CEO Dr. Lisa Su confirmed that AMD will continue supporting its AM4 platform for years to come. This likely means software support and possibly a chance for new CPUs. After all, AMD is still releasing Zen2 CPUs in 2022, so maybe at some point the company will launch an updated Zen3 CPUs, or shifts its AM4 offering to mainstream while Zen4 occupies the high-end space. There is really no way to tell what the Lisa Su means by this multi-year continuity. 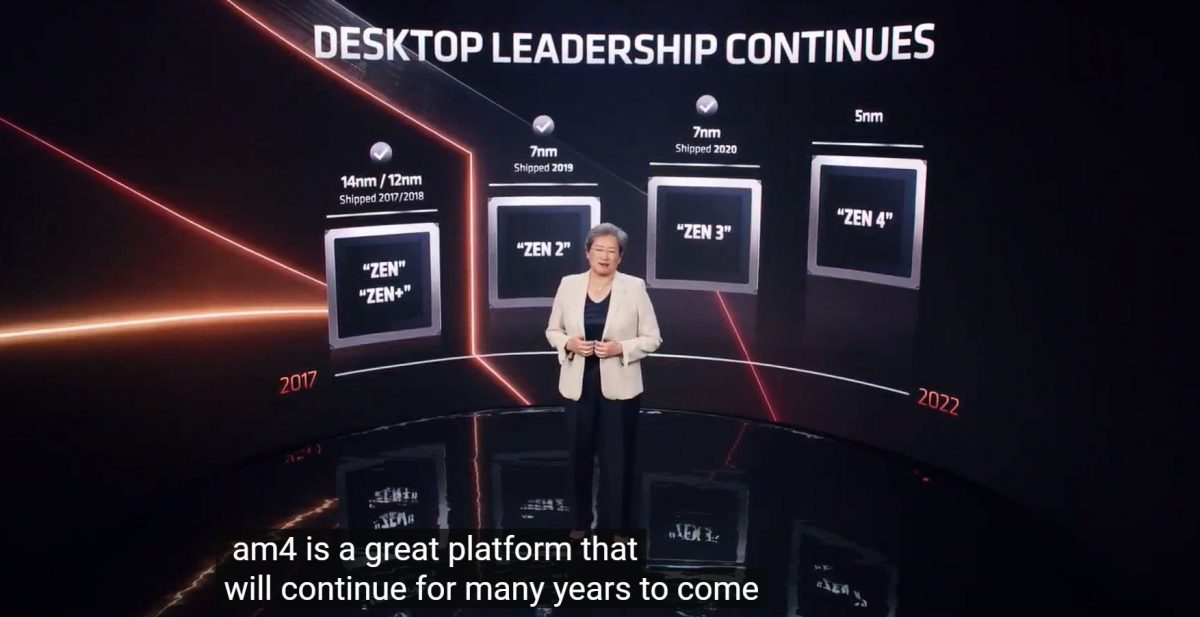 But could the same multi-year plan apply to the upcoming AM5 series? AMD 600-series motherboards have more powerful power delivery, support for the latest DDR5 memory technology and also PCIe Gen5 devices. For now there is really nothing on the horizon that would render AM5 outdated in the near future.