Scott Herkelman is Senior Vice President and General Manager at AMD Radeon, so if there was any person to ask about those concerns, it was him.

He admitted that AMD has identified the issue and the company is now aware of the problem. However, the problem only affects a very small percentage of cards that were made, without going into details on how many cards.

The thermal issue is now confirmed to be related to the liquid inside the vapor chamber, or more precisely the amount of it is insufficient. This confirms the findings from Der8auer who was among the first to claim that something is wrong with the vapor chamber.

It all comes down to a small batch of vapor chamber actualy have an issue, not enough water and it is a very small percentage (…) that’s the root cause.

AMD and board partners who are selling the MBA (Made by AMD) card are now offering replacements to users that are impacted by this issue. AMD claims to have enough replacement units, which means that the rumors about them being in shortage are incorrect. AMD asks those who are affected by 110°C GPU hot spot issues to contact support and ask for a replacement.

Importantly, this issue is only related to AMD ‘reference’ design and only Radeon RX 7900 XTX GPU. The RX 7900 XT are not affected and none of the custom partner cards. In the end, the problems with the vapor chamber only impacts performance, but since AMD wants their customers to have the best experience possible, the replacement program should be effortless for the end-user. 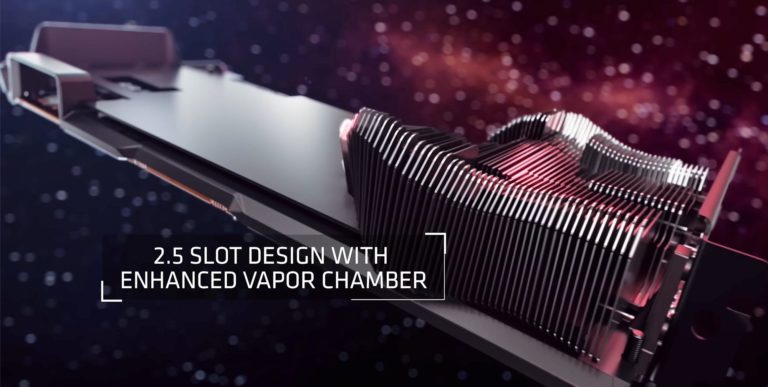