Just 2 days ahead of the RTX 4080 launch AMD decided to steal some attention from NVIDIA by sharing more details on their new RX 7900 series. These cards are based on 3rd Generation RDNA architecture featuring up to 6144 Stream Processors.

AMD cards are physically smaller, and they do not require any (problematic) power dongles. The company already confirmed their Radeon RX 7900 series will compete with the RTX 4080 SKU, leaving no doubt that RTX 4090 will remain the fastest gaming card for now. 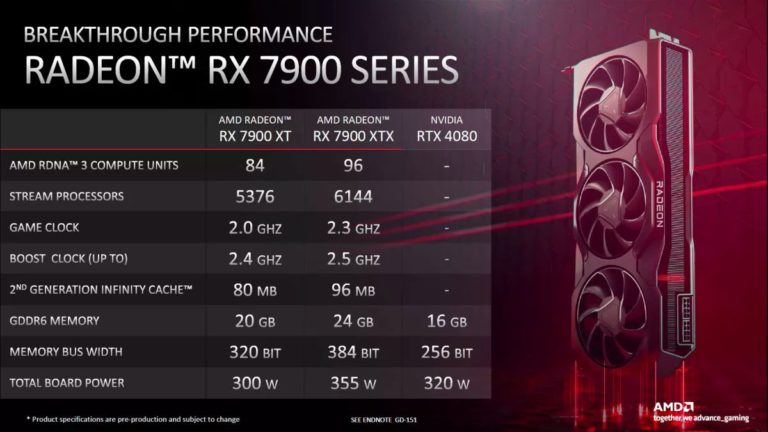 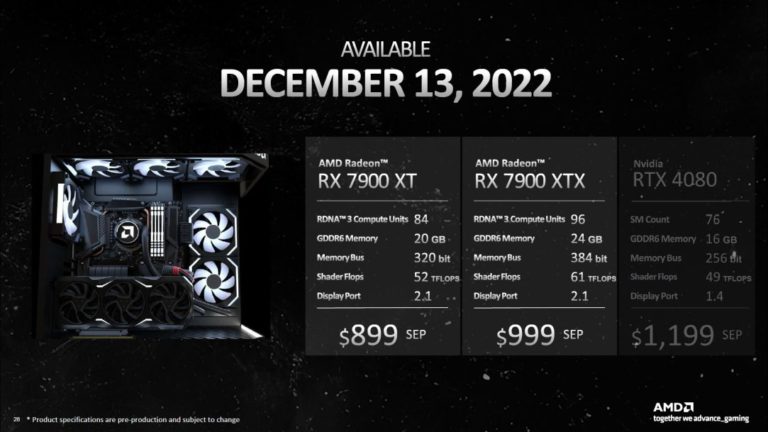 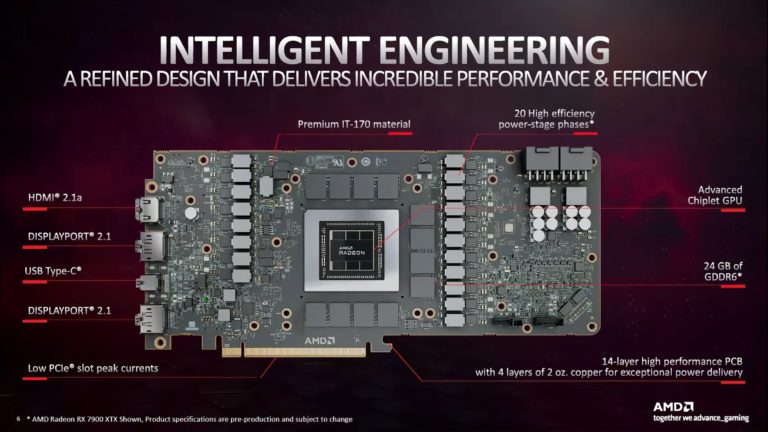 AMD is also making a note that both Radeon RX 7900 cards are shorter and thinner than NVIDIA RTX 4080 (Founders Edition). The only thing in common is the PCIe Express 4.0 interface. 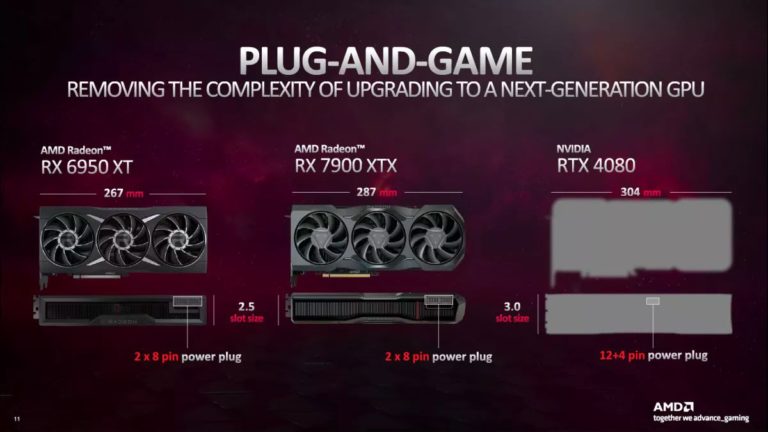 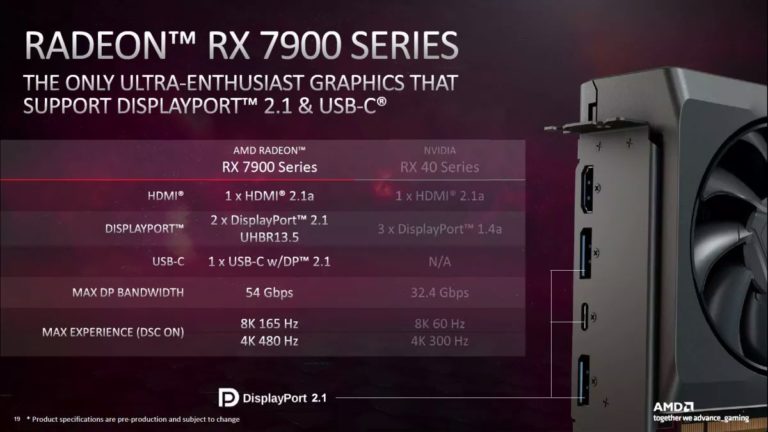 At 900-1200 USD price range, AMD will offer more memory and more advanced display options. However, when it comes to performance, neither of the two companies are ready to compare themselves yet. Since GeForce RTX 4080 is not out yet, AMD is comparing their new RDNA3 GPUs to RX 6950XT (RDNA2 flagship). The company is sharing two charts, one featuring rasterization performance and the other with raytracing involved. 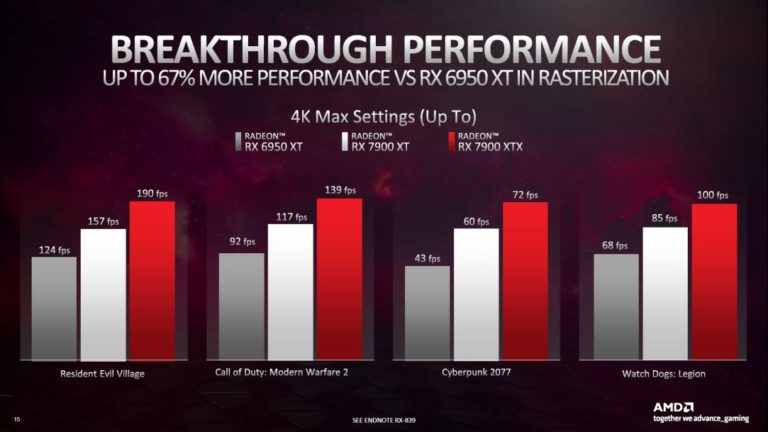 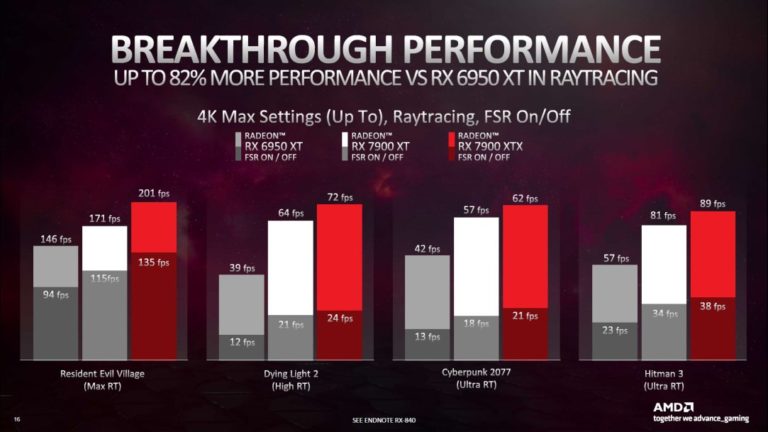 AMD Radeon RX 7900 series are still a month away from launch. There is a chance we will see some reviews sooner, not to mention the leaks.