AMD’s Chief Architect of Gaming Solutions and Marketing, Frank Azor, published a chart illustrating AMD greatest potential right now, and that’s better performance per dollar. The chart includes all Radeon RX 6000 graphics cards, even the newly released RX 6x50XT series. Each card is put against similarly priced NVIDIA RTX 30 SKU, and it appears that every card is listed except for RTX 3090 Ti. 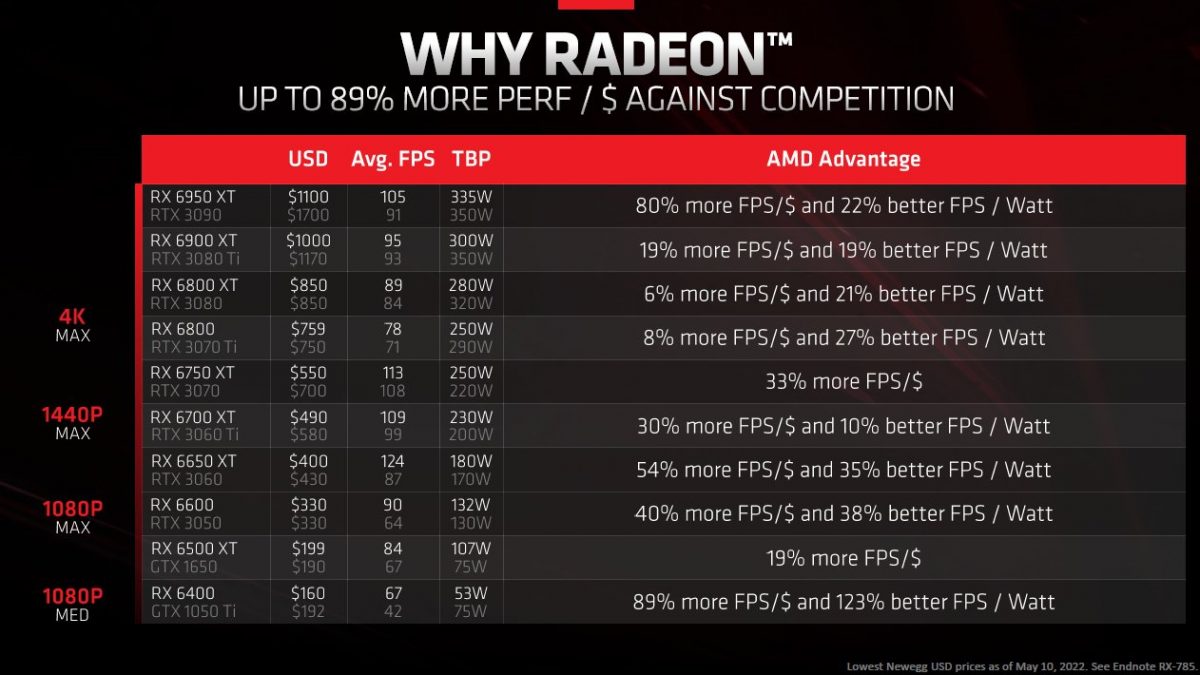 Given how quickly GPU pricing is changing these days, and the fact that this chart is based on May 10th pricing from Newegg (so one store only), it may no longer reflect the current situation precisely. However, it is a good opportunity for us to see how AMD sees the current market situation.

Furthermore, it may be a start of a new marketing war between AMD and NVIDIA, and that’s to offer even better prices for gamers. The prices are indeed much better than they were just a few months ago, but given how close we are to the launch of the new series, one would expect much better prices already.